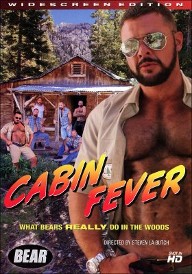 There are two lessons that one can take from the deliriously goofy Cabin Fever, one of which is that hillbillies are destined to take over the world. One brief look at any corner of George W. Bush’s America is evidence enough of that fact. Secondly, and in line with the Dubya-ization of America, our drinking water is becoming so polluted that flesh-eating bacteria will eventually kill us all. Am I guilty of thinking too deeply about what amounts to a cross between Friday the 13th, 28 Days Later, and Deliverance? Perhaps, but all I know is that most of the characters are dead by the end, and the final shot is of a good old fashioned mountain-man jam session, complete with a creepy Santa Claus-like redneck and numerous black people who are not being lynched. Black people? In the mountains with a gang of yokels? Apparently the New World Order involves mass murder, only now black people have joined the ranks. But that’s the kind of film this is; part allegory, part bloodbath, and just the right amount of silly confusion.

The story is simple enough — a bunch of dippy young people travel to a cabin in the woods, where one by one they will die. A blond chick will be the first to get the disease, where she will slowly waste away before being bludgeoned by a large stick. A second hottie will shave off most of her leg in the tub before she is torn apart by a wild dog. Then the resident dunderhead will get his head blown off by the local sheriff. Another will waste away in a hospital bed before being taken out and killed by the locals. And the final character — he who thinks he has escaped the wrath of the virus — will be shot to death at the moment of his apparent triumph. But at the instant we believe the cracker cops are in some sort of conspiracy, we see Mr. Claus again, asking the team of gunmen to take a sip of lemonade, which we know has been tainted by the very water that is responsible for the illness. And suddenly, as the lawmen drink their fill, a car of stereotypically hostile-looking blacks drive up. Mr. Claus walks inside to grab his gun (which he said at the beginning was “for the niggers”) and of course, we think he is about to open fire. And yet, the man we thought was a racist hands the gun to a black man, exchanges handshakes, calls them his “niggas,” and proceeds to jam. What the fuck?!?!? It’s a twist, yes, but without explanation. That is why I must believe that this film has a perverted subtext that demands attention.

Any film that is aimed at the Friday night date crowd can’t have too much of a brain and believe me, I’m not trying to say that Cabin Fever belongs in the art houses. Still, what in the hell was the purpose of this film? It wasn’t scary, contained only mild sexuality (although one character is fiddling with a vagina and pulls up a handful of blood), and featured only sporadic humor. Even the best line — where a hillbilly child with an affinity for biting shouts “Pancakes!” while performing slo-mo karate moves — makes the least amount of sense. Still, we do get to see a diseased mountain man set on fire (which for my money is still one of the funniest ways for a movie character to die), several characters vomit blood all over the place, and a vain bitch loses most of her face to disease. And hey, there are shots of tits, chicks in tubs, and enough tight jeans to keep any man happy for a few hours. But I’d rather believe that the filmmakers are telling us ever-so-gently that our water is unsafe to drink and yes, the crackers are responsible. It was just a matter of time.