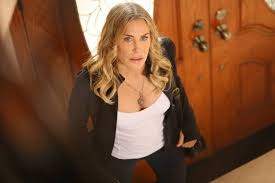 Mother, with Daryl Hannah! And shes holding a knife on the cover! Sounds cool and all, so why cant I find this shit on imdb?

I asked the same question. I mean, did the movie even exist? Would I be the first person on the planet to see it? I felt special, unique  like I had stumbled across a top secret lair or something. Then I found it  the name change. Normally, such things dont really matter. Here, it ruins everything. The original title? Social Nightmare. Pretty standard stuff, and reasonable enough, given that it was about a girl who had her life turned upside-down by social media. And it first showed on Lifetime, for chrissakes. But Mother? Couldnt leave well enough alone, could you? I went from having no idea to knowing everything. Eighty-five minutes of my life wasted, and I hadnt even started the DVD.

I dont get it. So its called Mother. Why does that ruin the movie?

A hot young girl, Catherine, just about to enter college, is suddenly taken aback when various websites start posting pictures and conversations she, like, thought were private. Rumors are started. People get hurt. Lies get told. OMG! She claims to be innocent, but no one believes her. Someone hacked her account! Is it her BFF, now jealous because she couldnt get into Brown? Is it Daniel, her smooth but deadly boyfriend? Hes black, so clearly hes guilty. The bitch girl at school? Before you answer, look at the movies title. Then back at me. Read it again. Goddammit!

Its mom. Its always been mom. Seems after her miscarriage, mom lost her fucking mind. Not so much that she cant maintain a house in Los Angeles that would cost at least $1.6 million and, you know, theres no dad around and she doesnt seem to have a job and can still afford more face work than Joan Rivers. But shes mom! Supermom, really, and even though she wanted to give her sweet darling daughter a sibling, her loins were cursed. The doctor even told her if she kept trying, shed die. So she put all her eggs in the surviving daughters basket, and now she cant bear to lose her. Why, Catherines about to go to Brown, which is, like, all the way in Rhode Island or something. Its a full-ride scholarship and the opportunity of a lifetime, but how will mom manage all by herself? Driven by love, she sets out to ruin her kids life, one grisly step at a time. 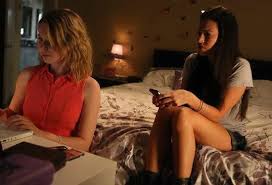 Oh, really? What would you do? She literally has nothing else to live for. But she has to hurry, as senior year is winding down. First, mom will hack Catherines BuddyMe (Facebook?) page and call BFF Emily a loser for not getting into Brown. This will piss her off, drive her away, and leave more of Catherine for mom to (s)mother. Next, shell create something called a Scored/Bored list, which calls out sluts, dickheads, and players. This will get Catherine thrown off the yearbook committee, which means, you guessed it, more time for mom! Then, the Scored/Bored thing will get even nastier  she names names, etc.  which will generate an impeachment drive against Catherine, the class president. Even more free time! Then, more rumors will be spread, such as the fact that that one dude is secretly gay. Betrayal! More importantly, the loss of a good friend who takes up Catherines precious time. But mom saves the worst for last  she posts a rumor online that says Daniels retarded sister, Joan, likes to fuck. Naturally, someone then spray paints Joan likes to fuck on Joans locker.

Wait, a retarded girl goes to high school? And she has a locker? What the fuck she keep in there? Aint no retarded girl have books and calculators and Trapper Keepers and shit.

Where you been? Mainstreaming has been going on for decades. They dont have to do any actual work, of course, but their mere presence makes us feel better. Call it the dark side of American liberalism.

If its so obviously mom doing this shit, why the eight dozen red herrings? Maybe it IS Emily? Why she all of a sudden get into Yale? YALE. Think about that for a second. Shes the stupidest chick in the movie, and she has a place at Yale?

I wondered about Emily myself  she does act petty and jealous all the time  but then I remembered the movie is named MOTHER. Are they really going to put a murderous Daryl Hannah on the cover and not have her be the bad guy? No Redbox DVD going to get that shit past this steel trap of a mind. No, sir. 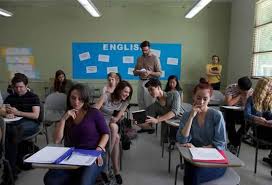 I just cant accept that a mother would do such things to her own daughter. I mean, they really put Catherine through the mill.

Maybe she had it coming. I mean, she has it all. Class prez, activities galore, talented as fuck, friend to the mentally challenged. And hot. Yes, HOT. Sizzling. I wont lie, I tugged one out to this chick. What a body! Kirsten Prout, wherever you are, Im available. You and me, kid. Ill make you famous.

Didnt you feel bad for Catherine?

So she was ruined. So what. Almost raped? Whatevah. Humiliated, accused, driven to madness? Thems the breaks. To top it off, as words flew across the screen during a montage, I saw That bitch cray. The ultimate insult. Enough to drive her to suicide. Sure, it seems impossible to accept that the school would believe a straight-A student with an impeccable reputation would suddenly do all this fucked up shit, but their hands are tied. As if she didnt have enough to deal with, that bad girl, Haley, starts a fistfight in the bathroom.

Youre getting off to this shit? This is a cautionary tale, mister.

Yeah, yeah, and there are numerous PSA-inspired conversations about cyberbullying, the dangers of posting sexy pics, etc. And Im all broken up about it. But when two women are fighting, the rest of the world just falls away. 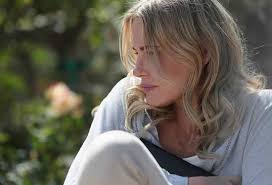 The evidence against Catherine is pretty overwhelming, though. When did you know it was mom?

What, after I saw the movies title? It had to have been the doctors appointment. Catherine was cut and bruised from the hot-ass cat fight, but mom kept pushing the doc to give her meds. Anti-depressants, sleeping pills, the works. My daughter is plagued by anxiety attacks! Catherine denies it, but mother knows best. Keep her loopy, and away from Brown. Why, this is about control!

Just so, so wrong. Any comic relief?

Ill admit, mom creating a Honey Daddy profile for Emily was a masterstroke. When that Herbert dude showed up at Emilys door wanting to fuck, I was amused.

But when Daniel sends those sexy Catherine pics to everyone at school, surely your suspicions went back to him?

For a second. But this isnt Daniel, now is it? And he had a right to be pissed. You called his retarded sister a whore! I mean, whats lower than that? But all this leads to yet another cat fight, as Emily and Catherine have a confrontation in the school parking lot (I want to smash your face in!) Its not as hot, but still, its two chicks locked in combat. Im starting to understand why every single male high school teacher is arrested for statutory rape. Use air quotes at your discretion.

So how is mom finally exposed?

Early in the movie, when mom, Emily, and Catherine are sitting around writing an appeal letter to Brown (on behalf of Emily), mom spells proceed as precede. Shes adamant about it, too. Bad screenplays are like that. So naturally, when Emily later checks out her Honey Daddy profile, she sees it plain as day: PRECEDE! Because, what are the odds that someone else in Los Angeles would confuse the two words and be out to get Emily? Sherlock, this one. Meanwhile, while mom is driving over to Daniels house to smash his car window, Catherine is trying to locate her lost phone. Remember, mom said the phone was probably at school. But when Catherine calls it, she hears a ring in her mothers locked bedroom. Because she would steal her daughters phone and leave it on for this exact scenario. The same genius who created a Honey Daddy profile from whole cloth? Doubtful. But as Catherine gets closer to the source of the ringtone, she finds the bedroom key and walks in. Theres her phone, in the desk drawer. More importantly, theres her moms computer  still on  with Catherines BuddyMe page pulled up! Busted. Digging further, Catherine also finds a hidden camera in her teddy bear. Mom was spying! While she was making out with Daniel! 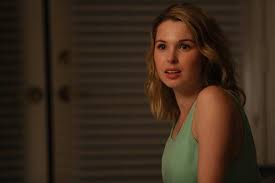 I suppose the confrontation is not a pretty scene.

Mom weeps, threatens suicide, and tries to excuse it all as post-partum depression. I cant lose another baby, she cries. Emily soon arrives with news of the misspelling, only to be grabbed and strangled by mom. Its a great scene, right out of Mommie Dearest. The cops are called, and mother is hauled away, a sobbing, disheveled mess.

And yet a happy ending.

Catherine and Emily are at Brown, sooo loving college life, and mom is tucked away at a mental health spa that, given the view, must cost no less than $50,000 a month. Which is easy to understand, since unemployed mother was always a good provider. A quick video chat reveals that mom is on meds, getting help, and one day, might be released. But not now. Catherine is forgiving as all get out, attributing having her life utterly destroyed to just some thing. Oh those wacky bipolars! Will we ever learn? No, because we love them; fraud, harassment, attempted murder and all. Theyre us. Theyre mom.