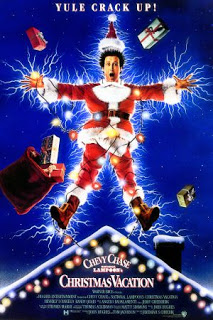 There are just a handful of Christmas Classics that I watch every holiday season, and this hilarious epic is at the top of the list. Chevy Chase carries the Christmas Vacation as a tall, handsome food executive, who is just an excited little kid inside, but Randy Quaid is absolutely hysterical as Cousin Eddie, the lovable and hopelessly optimistic hayseed from Kansas. 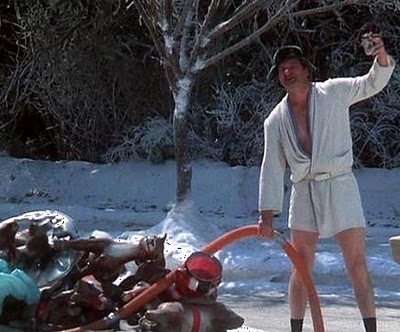 From the opening scene where they procure the traditional Family Christmas Tree to the last crash of glass from the Griswolds much-abused house, this classic is a laugh a minute account of unparalleled holiday disaster. The supporting cast was marvelous and helped ramp up the calamities to a level of yuletide absurdity, Clark Griswold was clearly on his own except for a steadying influence from his son, Rusty and his supportive Dad (If you need me Ill be inside taking a nap).

There is little wasted in this presentation of Yuletide joy. It moves from one gut-busting scene to another and you know from the very start that Clarks perception of the perfect Christmas experience is in trouble. I dont want to spoil anything, but scenes that show cats wrapped up for Christmas in Happy Birthday paper, later to be electrocuted, just left me giddy with holiday joy. One of my favorites is the surprisingly poignant and masterfully well done scene where Clark is trapped in the attic. Ill never be able to erase from my mind that scene of Clark in his attic digs, nor would I want to. 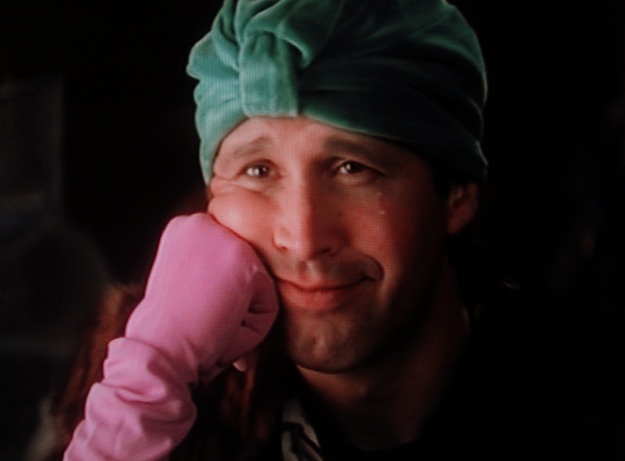 Clarks chirpy Christmas veneer finally cracks as a crescendo of slapstick events turn the happy holiday home into a nightmare and Clark loses it:

 I’d like Frank Shirley, my boss, right here tonight. I want him brought from his happy holiday slumber over there on Melody Lane with all the other rich people and I want him brought right here, with a big ribbon on his head, and I want to look him straight in the eye and I want to tell him what a cheap, lying, no-good, rotten, four-flushing, low-life, snake-licking, dirt-eating, inbred, overstuffed, ignorant, blood-sucking, dog-kissing, brainless, dickless, hopeless, heartless, fat-ass, bug-eyed, stiff-legged, spotty-lipped, worm-headed sack of monkey shit he is. Hallelujah. Holy shit! Where’s the Tylenol?” 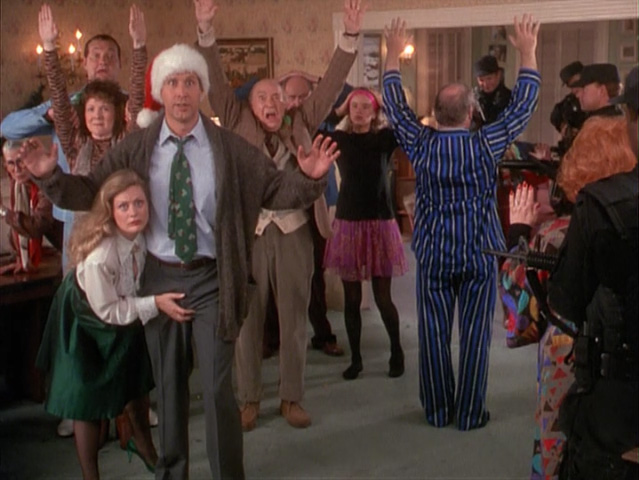 There are other great One-liners and memorable quotes, courtesy of writer, John Hughes: