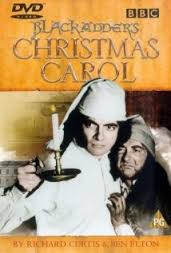 I was browsing through my 10th free trial of Netflix, looking for the 1974 version of Black Santa when I stumbled across this unbelievable find. When I looked at the title and the cast, I dropped everything, yes even the morning micturation would have to wait. Being unfamiliar with the BBC series Blackadder, I had no idea what I was in for. I suspected that it would be quite funny, but I had no inkling of the hilarity that would ensue from 43 minutes of pure genius. Mere words cannot do this bizarre rendition of A Christmas Carol justice, but I will try, it was simply one of the funniest pieces of TV I have ever watched. 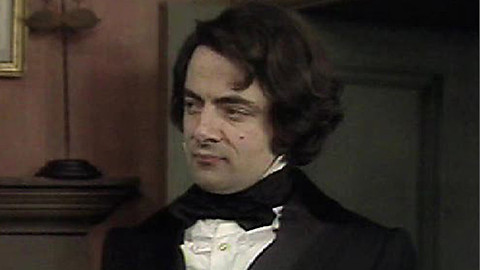 Forty-five minutes later everything that I thought were the best Christmas parodies had been totally blown away by this outrageously hilarious and scintillatingly naughty BBC take on the Dickens classic. As you might have guessed, the story line was totally eviscerated, Ebenezer Blackadder being a kind and generous owner of a Mustache Shop, and an easy mark for every chisler and moocher around. These caricatures of the original Dicken’s downtrodden cast were quickly stripping him of all his profits and Christmas presents and goodies. After a ghostly visit from the Spirit of all the Christmases, Ebenezer realized that nice guys finish last, was redeemed and turned into the mean-spirited Scrooge that we all know and love. 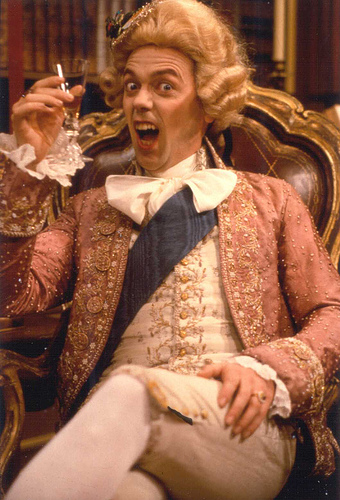 As you might imagine, the humor in this TV episode was razor crisp and quite deadly with word play and punishing one-liners, and delivered with the archery you would expect from such a stellar cast. Of course, nothing was sacred here and before the show got going good, Jesus, god and Christmas take it right in the chops. The blasphemy is unrelenting, riotous and continuous. Before Ebenezers toadie Baldrick had finished describing how the Nativity Play had gone, the Baby Jesus had died and been replaced by an un-neutered dog named Spot who apparently went feral on the other dogs dressed up in wool, playing the Shepherds animals. You think that is irreverent and tasteless? It gets worse, or better depending on your perspective.

Ebenezer: Scarcely appropriate behavior for the son of god, Mr. Baldrick, were the children upset?

Baldrick: No, they loved it! They wanted us to do another one at Easter. They wanted to see us nail up the dog!

A keen appreciation of British humor and history is helpful, but not absolutely necessary to thoroughly enjoy this Christmas masterpiece. As you have already guessed, nothing is sacred as god, Jesus, British Royalty, orphans, the Scratchits with Tiny Tim (lampooned as Tiny Tom), and even the Christmas Spirits take it right in the backside from Mr. Bean at his finest.

The supporting cast is magnificent, but of course Rowan Atkinson is the super-star of irreverent humor and he has never been better than in this Christmas episode. Hugh Laurie shines as the light in the loafers Prince George, Stephen Fry is wonderful in his multiple roles as well, but the best supporting role had to go to the Spirit of Christmas, Robbie Coltrane. He skillfully plays an over-worked Spirit glad to take a break from dealing with the various misers and skinflints that he usually is stuck with redeeming during the Christmas season. Instead of the imposing figure in the other Christmas Carol Dickens classics, he gets wasted on some British Gin or such, climbs into bed with Ebenezer, and reveals to him how hes gone wrong with being Mr. Nice Guy. Blackadders ancestors of the 16th and 17th century are about as ruthless as they come and Ebenezer is impressed with projected outcome of his Christmas Future and decides to turn the tables on the mooching hordes that annually strip him of his profits and Christmas goods. 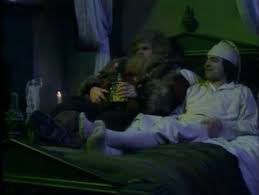 The futuristic scenes with Baldwin and then Mr. Bean in the leather jockstrap are scenes that are not to be forgotten, so just go to Netflix, sign up for their free trial, and watch this one of a kind, marvelous perversion of the Dickens classic. There is a clever twist at the end, so watch it, you will never regret it, it is the end all of all made for TV Christmas shorts.

[Note:  It would take the entire script to list all of the worthy quotes and quips.  Here are just a few.] 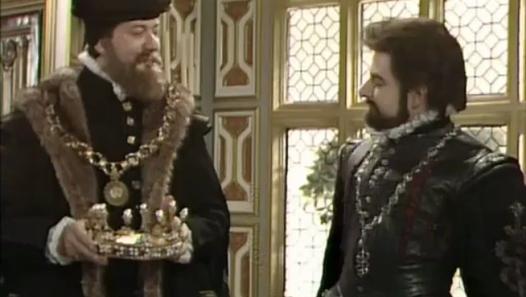