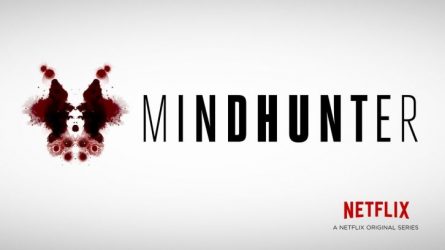 A gloomy October weekend can only mean one thing: it’s time to curl up on the couch with a tasty beverage and get ready for a good, old-fashioned Binge-Watch! For this edition, I’ve just powered through all 10 episodes of Netflix’s new psychological thriller series, Mindhunter. Let me just get this out there right now: it’s good, you guys. Really good. And guess who’s responsible for bringing this to life: David Fincher! Oh hell yes!

Set in the late 1970s, Mindhunter is the story of two FBI agents working in the Behavioral Science Department, who travel the country teaching agency techniques to local police departments. And, in their downtime, they travel to prisons to interview the nation’s most violent criminals. The goal is simple: figure out what motivated these men to kill, create a profile, and teach law enforcement how to spot killers before they kill. As one agent puts it, “How do we get ahead of crazy if we don’t know how crazy thinks?” How, indeed! 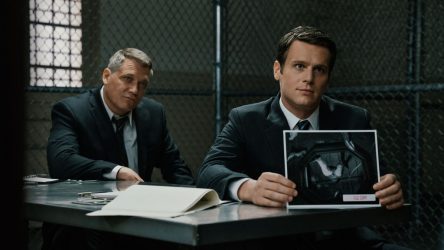 As you might expect, visiting psychopaths is not for the faint of heart, but these intrepid FBI agents, Holden Ford (Jonathan Groff) and Bill Tench (Holt McCallany, who is just a badass in general), are up to the task. Some backstory: Ford was an FBI hostage negotiator (who had mixed results!) before the agency moved him indoors to teach other agents about hostage negotiation. He’s then teamed up with Tench to hit the road, buddy cop-style, to share their wisdom with local cops and assist in the occasional investigation. And, as I mentioned, they make time to get to know America’s most notorious killers. 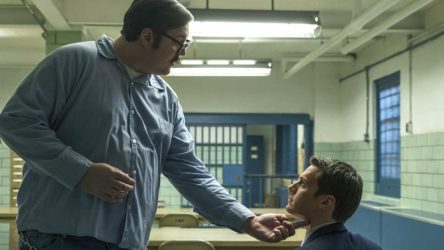 At this time in history, the term “serial killer” didn’t exist, nor did FBI profiling, as we now understand it. The agency founded on catching gangsters and bank robbers found itself behind the times, so to speak, when it came to crime. Recognizing a need to change tactics (but still wary of things like “Behavioral Science”), Ford and Tench are hidden away in a basement office to conduct “research.” It’s a bit reminiscent of The X-Files in that way, but instead of agents tracking aliens, they’re tracking killers who speak in very open and extremely graphic detail about killing women. Consider yourself warned.

The good: obviously, Fincher. If you like David Fincher projects, you will undoubtedly love this. The creep factor is high, the sets are dimly lit, and it will make your skin crawl (if you’re into that sort of thing). If I had to pick one negative, I’d say that it’s the side-plots about helping local cops solve crimes. While it does give Ford and Tench a chance to put their findings into practice, I thought it took away from the overall story. Mindhunter is a real mind-fuck, for the characters and the audience, and it poses an interesting question to Ford and Tench: how long can you expose yourself to the worst of humanity before it takes its toll on you?

Mindhunter is now streaming, and is definitely a must-watch.