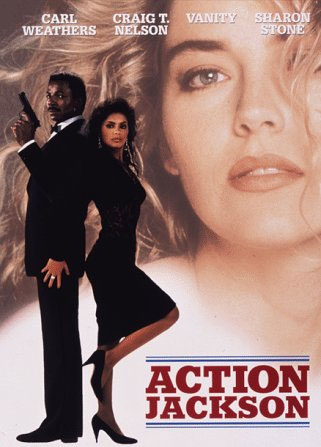 Stormy Weathers blows through Motown. [Ed. Note; this is listed on IMDB, but we kind of doubt it’s authenticity.]

Entire Story in Fewer Words than are in this Sentience 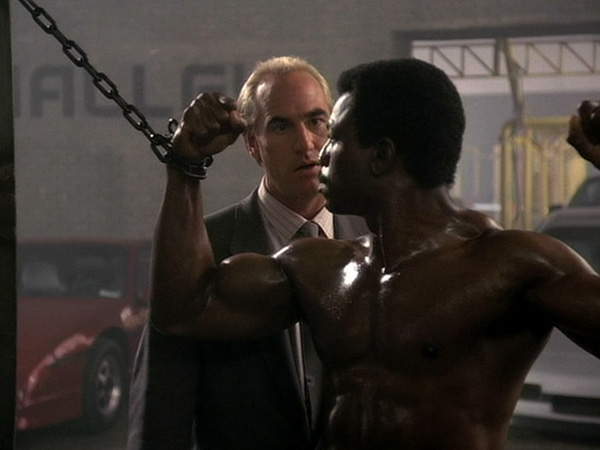 Carl Weathers has a great physique, we see plenty of it but still want more. But we also see the boobies of both female stars, Sharon Stone, and Vanity. (By the way, I guessed that Vanity was one of Prince’s “protegees” even before I read it on IMDB.) Weathers refuses sex with a hot woman because she uses drugs. The only man to commit the sin of heterosexual sex  is the villain. Weathers winds up kissing the drug girl at the end of the movie, which confused me. This movie seems pretty well balanced until I remember that one group of bad guys likes to cut off and then jar testicles. When they prepare to castrate Weathers, the head of the gang declares, “It’s hot dog time!”  It certainly is, bad guy.  It certainly is.

Only 16. As a rule of thumb, 80s Action films should at least be able to off more people than a moderately successful serial killer, so 16 doesn’t cut it.  However, the low total is partially mitigated by the fact that most of the deaths are novelty deaths. At least 5 people are burned alive on separate occasions.

Having already paid respect to the the immolated, I’ll go with the henchman who is electrocuted by Christmas lights, falls out of a tree and is impaled on something. 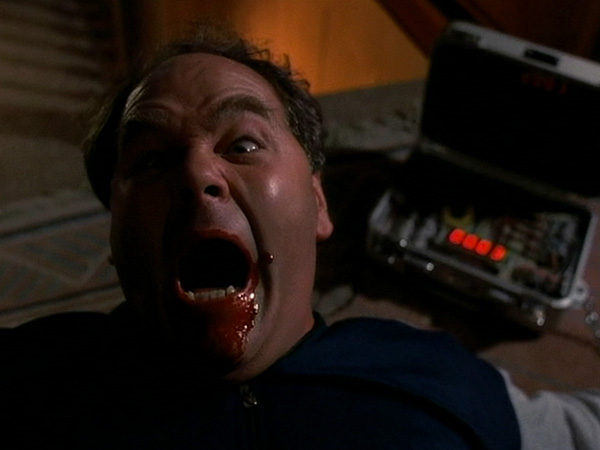 Action Jackson’s greatest strength is that nobody is sent into the afterlife without at least one bad one-liner to accompany him. A bad guy threatens to barbeque Jackson who turns the tables and says, “barbecue huh? How do you like your ribs?” before engulfing the evil bastard in flames of justice.

Stupid Chief: Jackson, you nearly tore that kid’s arm off!
Jackson: He had a spare. 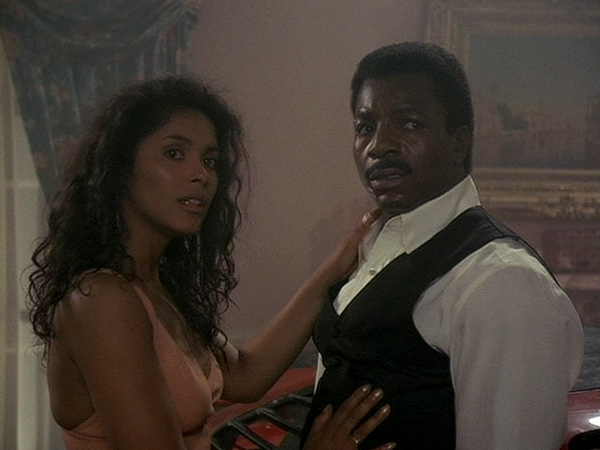 How Bad is it Really

I had to air out the house after watching it. Jackson ran track in high school, which is supposed to explain why he can out run a car that is gunning it on an open street, then jump/flip over its length. Also, he is a Harvard law grad. All of this is mentioned very awkwardly while The stupid Chief is chewing Jackson out. “Jackson, you have a lot to be proud of. Harvard Law. High school track star. But you’re out of control!”

The story makes no sense. After explaining his evil plan to Jackson, Craig T. Nelson pursues it kind of inflexibly. The plan is that, after murdering Jackson, Nelson will have a guy dressed like Jackson kill a union boss during a big party at Nelson’s house, then frame Jackson and stage the drugie girl’s overdose. One crimp in the plan is that Jackson doesn’t have a particular way of dressing. Another is that the guy who will pose as Carl Weather’s character is a big fat pig with a shaved head.  I mean, obviously all black people look alike.  But you can still tell a fat bald one from a swole one with a full head of hair.

After Jackson crashes the assassination attempt and kills Nelson’s henchmen, Nelson still tries to carry out the last part of his plan. “Let’s see. Jackson’s still alive, and I didn’t kill my target. Meanwhile, there’s a firefight in my front yard. I suppose nobody will suspect anything if this girl overdoses during the firefight, alone with me in my master bedroom, 3 days after my wife was shot in my master bedroom. Killing her at this point won’t accomplish anything, but what the hell. I’m evil. Bwoohaha, and all that.”

Was There a Stupid Chief?

Hell yes. Nelson’s enemies are dropping like flies, but the Chief doesn’t suspect Nelson. One of Nelson’s victims, the fifth union leader to turn up dead in four days, is shot in the chest after expressing suspicions that Nelson might be behind the other deaths. The chief thinks it’s a case of suicide. Sounds kind of like Tony Blair. After Nelson’s wife talks to Jackson about the case and is shot in Nelson’s master bedroom, the Chief suspects Jackson.

There’s sort of an intra-racial thing about how blacks should be articulate with standard English and strive for success rather than “keeping it real.” The black characters in this film sometimes sound like Homer Simpson in the episode where he orders a subliminal weight loss tape and accidentally gets a vocabulary builder. For example, when a Jackson tells a valet not to joke around about his car, the valet responds with, “I was merely extemporizing.” Later, Jackson faces a jive-talking criminal and just keeps saying “I can’t understand a word you’re saying.”

Craig T. Nelson has been 45 for three decades.