Only lager louts can save the world from the invasion of Tories from Another World.

Fair Value Rating of this Film: $9.50. After this dreadful movie season, The World’s End is like making yourself a bloody mary to smooth out a hangover; it may blur the roughest edges, but the ingredients are an imperfect balance. 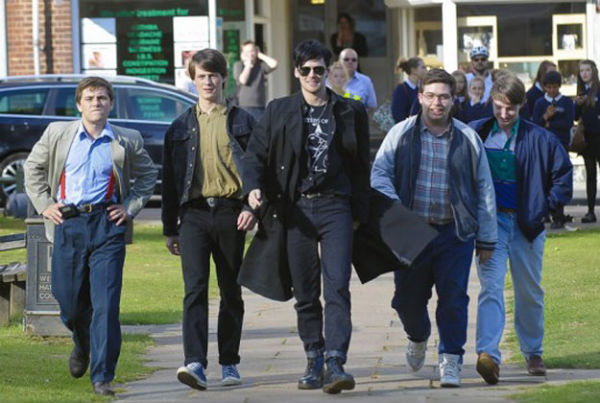 The lads from Spaced have gone back on another bender, but this time out, the barman is serving the well drinks instead of the good stuff. Edgar Wright’s alien infiltration satire has the same excellent action choreography as his previous films, but the script is heavy handed on the symbolism and light on the parody. It’s a good comedy, but not a classic at the level of Shaun of the Dead, Hot Fuzz, and Scott Pilgrim vs. the World. 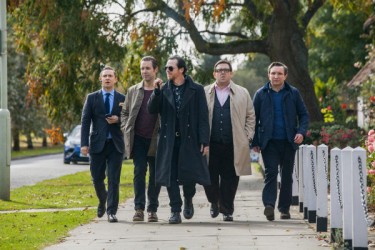 Alright: unreformed goth artifact Gary King (Simon Pegg) cons his old school-mates into attempting a 12-pub crawl in their old town. There’s the timid Pete (Eddie Marsan); there’s Steven (Paddy Considine), the resentful Cameron Frye to Gary’s Ferris Bueller; there is the yuppie Oliver (Martin Freeman), and lastly, there is Andy (Nick Frost), a successful solicitor who would prefer to forget his old friend Gary the junkie. They catch on to the fact that the entire population has been replaced with automatons, but not before they’ve had a few pints too many to be able to do anything sensible, like drive away at top speed. 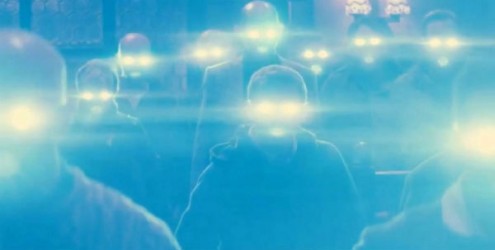 Bodysnatchers and the Cameron Years

There’s something about conservative governments leading to movies about alien body-snatchers. Invasion of the Body Snatchers was a product of the McCarthy era, and Village of the Damned came out of the MacMillan years in the UK. The Stepford Wives came out during the Ford administration, and They Live was the satire of the Reagan/Thatcher years. When the polls return another generically pleasant archon of the establishment, we look with narrowed eyes to our neighbors, trying to find the pod people that voted him in.

A fully networked, modular, information based panopticon that knows what’s best for you, and doesn’t really care for dissent or drunken hooligans. Am I talking about the current British government or the ink blooded robots that are the obstacles of Pegg and Frost’s comedy duo? Edgar Wright’s sympathies are laid on rather thickly.

But the glowing eyed legions aren’t the main antagonists, any more than the zombies are in most zombie films; they are an environmental condition. Much like how Trainspotting had heroin as the main villain, alcohol is the main villain of The World’s End. It limits the team’s decision making and resources, keeping them on foot, less coordinated. More than that, the film is centered on how Gary’s alcoholism has destroyed his friendships and his personal development. That’s a hard topic for anyone to make funny.

The brilliance of Wright’s earlier films is that they combined a mature message with a deep and knowing analysis of the subject matter being spoofed. Shaun of the Dead was about the necessity of growth, while having a lot of funny things to say about the zombie film formula. Hot Fuzz was about the perils of perfectionism, while being a cop movie satire. Scott Pilgrim was a rich homage to video games, while telling a story about how love involves accepting the flaws of yourself and your love interest. The World’s End doesn’t have much to say about the comparatively thinner genre of body-snatcher films . There could have been more to go with here- the ‘put on the glasses’ fight scene of They Live is begging for a parody. Some of the best comedy of the film comes from when the lads are trying to convince each other that they are still their original selves.

Also, the message about how you can’t live in the past would have worked better if they’d have given Gary a sprinkling of a future. A little more dimension than a Sisters of Mercy t-shirt, and a few moments of the boys actually having fun, enjoying their nostalgia, would have given the message an emotional heft. 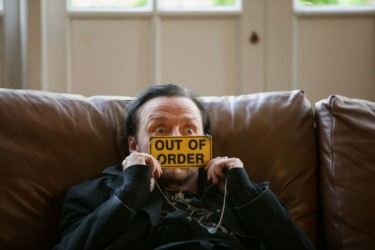 A Bad Pour of a Good Beer

Frost and Pegg are still a great comedy team. It was a wonderful change of pace to see Frost being the sensible straightman, and Pegg being the maniacal fuckup. The soundtrack is flawless- a perfect medley of nostalgic early 90s britpop.

Like a boring drunk, this film carried on too long, while not saying very much of anything I cared about. It’s funny but not brilliant, entertaining but forgettable, a middling comedy that still leaves optimism for the next collaboration of the Wright/Pegg/Frost trio.