Texas cowboy, when faced with a deadly disease, takes matters into his own hands

In keeping with the main character, this movie did not fool around. Before the viewer is hardly into his popcorn, Ron Woodruff is busted in the chops by a cop and then busted even harder by two doctors who drop the news on him that he is HIV+ and only has about 30 days to live. Get your affairs in order, rodeo man. Needless to say, this cowboy did not take to the news well at all, and a blistering and unforgettable performance had begun. The scene in the hospital was just a harbinger of things to come, and a testimony to Ron Woodruff’s tenacity and will to live. 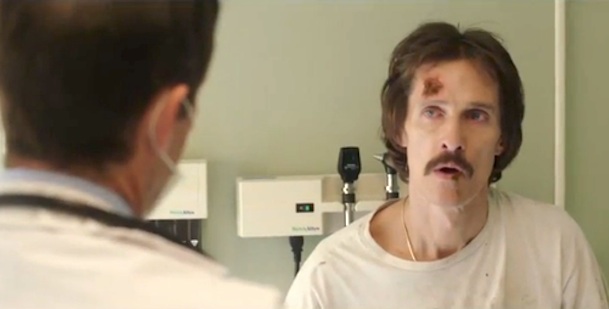 Ill have to admit, my familiarity with Matthew McConaughey has been limited to his brief, but jaw-dropping and hilarious role in The Wolf of Wall Street, but he has my full attention now. Both McConaughey and Leto threw their very beings into the characters, and much has been said about the weight loss for the roles. They were gaunt and looked extremely ill, portraying the very embodiment of the devastating wasting effects of the disease state, which at the time was an ultimate death sentence.

Steers and Queers are from Texas was first uttered by Gunnery Sgt. Hartman in Full Metal Jacket, but in Texas in 1985, only Queers got AIDS and neither the lifestyle nor the disease were tolerated by the good ole boy rodeo network. AIDS= Anally Injected Death Sentence and good riddance according to Rons Redneck friends, who turned on him immediately and without mercy. Neither the medical establishment nor the social network were prepared for this horrendous and untreatable disease, so the unfortunate victims of the virus were faced with battles on multiple fronts.

If you were paying attention it was pretty clear that Ron contracted the virus via heterosexual sex. There are some flashbacks, but it was painfully obvious that bucking and sweaty animals were not the only thing he rode bareback. The producers of the film go overboard to make it crystal clear that Ron Woodruff was as straight as they come, but the sobering message is that the horrible condition of HIV+ is caused by sexual behavior, not by sexual preference. The awful realization came hard for this ride um hard and put um up wet cowboy, but he finally comes to grips with what he was up against and decides that he was just the man to do something about it. Ron has his epiphany in Mexico, where he is near death and being treated by Dr. Vass, who was played brilliantly by Griffin Dunne. He was going to turn away the Grim Reaper, and while doing so bring the needed goods back to the States. The wheels were turning and the amazing results of a determined former rodeo rider were about to be seen. 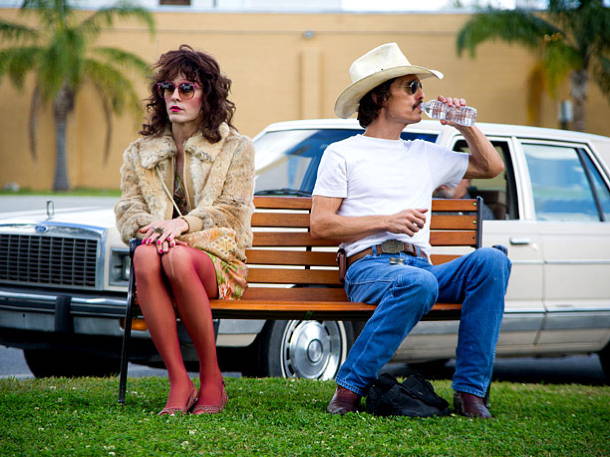 The bond with Rayon, played perfectly by Jared Leto, is so genuine and heartwarming that it pulls the audience in, never to be released. Look for Leto to bring home the Oscar for best supporting actor in this one. I cant imagine anyone trumping the performance and the splendid acting is exemplified by the heartbreaking meeting with his father, to beg for funds to keep the Buyers Club operational. The unlikely alliance is formed and Rons homophobic stance begins to change, and in no scene is this better demonstrated than the unluckily met ex-crony at the grocery store. Rayon was impressed, and so was I.

We all know who the villains were here, but the moviemakers did not rub our noses in it for the mere sake of political commentary. Rons transformation is as amazing as it is believable as he takes on the Medical Establishment, the FDA and the IRS with the focused tenacity that is surprisingly effective. In an amazing show of savvy entrepreneurship Ron travels far and wide to obtain the unapproved, but legal vitamins and supplements that would slow the ravages of the disease. AZT turned out to be a cruel and toxic hope that at that time would benefit no one but Big Pharma. 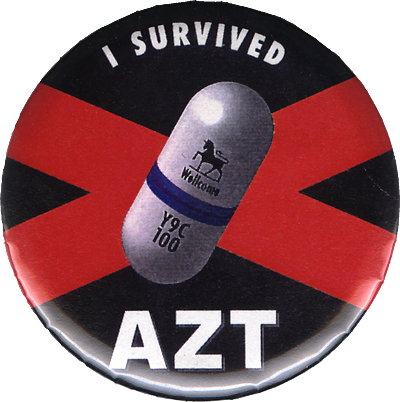 I really hate to draw attention to anything negative about this wonderful film, but the weak link in the film was Jennifer Garner as she seemed to sleepwalk in every scene that she was in. The movie was a huge winner in spite of her, but I cant recall a single scene that she enhanced with her presence. Even her farewell to the troops fuck you to her Big Pharma supporting colleagues fell flat as she just never was in sync with the other high voltage performances.

Dallas Buyers Club is one of the best movies of the year. The gritty determination and performance  by Matthew McConaughey blended perfectly with the Oscar-worthy, over the top effort by Jared Leto. This was based on a true story, and the plight of the victims was heartbreaking at best. Matthew McConaughey has elevated his career to elite status and Jared Leto has given us a performance that will not soon be forgotten. This movie deserves every Oscar it can win as they will be earned.  Matt may be in love, but Matt may have to get in line as McConaughey just blew my mind with this one.