1: I’m not writing a normal review of the Avengers 2: The Reavengening because I don’t have the time or inclination to.

The Avengers Ride Into Battle

2: Overall, it was just boring. That was its main flaw. Keep in mind though that, to me, nothing in the world is as boring as computer cartoon action sequences. I’ve really tried to let my guard down. For years I’ve tried. But these scenes are like Tom And Jerry but made with a computer and you’re supposed to take it seriously. The acceptance of this type of CGI is a mass delusion rooted in the knowledge that these cartoons cost a lot of money and the belief that anything expensive is good. I’m convinced that, on this point, it really is everybody else who is crazy. If I’m wrong, please correct me. The difference between Peter Griffin fighting that chicken and an action scene in The Avengers is 1) The Avengers cartoons are made with better technology. 2) You’re supposed to take them seriously. And 3) ??????????? 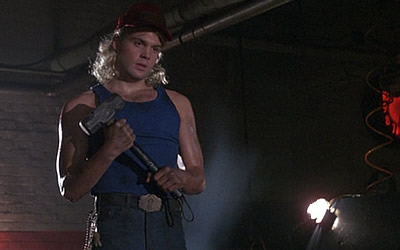 3a) If you don’t know, Josh Wheatman was chased off Twitter by authoritarian, identity politics people. Or “social justice warriors”. Or people who try to politicize their untreated personality disorders, or however you prefer to think of them. But you know who I mean. Or maybe you don’t because you spend your free time with friends or reading great books rather than murdering your brain by paying attention to crazy people on the internet.

The main offensive was supposed to be that The Black Window, which is Scarlett Johansson’s character, declares herself a monster because she is infertile, thereby suggesting that any woman who cannot have children is a monster. If you said, “that doesn’t even really make sense,” then you are correct, but that doesn’t matter.

This narrative about the movie about flying people who fight robots was put forward in think pieces somewhere and the true believers pounced on Joss, an active Twitter user. They made (obviously empty) threats of violence and told Josh to fuck off and die and called him a racist and misogynist and so forth. Read them here, if you want.

Here is what actually happens in the scene. The Window is trying to connect with Bruce Banner who is filled with remorse and self loathing because he butchered a bunch of innocent people as The Hulk. She wants them to have a romantic relationship. He says he can’t because he is such a monster and also cannot have children (because his wiener is too big when he is excited?). She says she cannot have children either. Then explains why she considers herself a monster.

The reason she can’t have kids, she says, is that, when she was being trained to be an assassin (she is an assassin) the KGB or whoever made her infertile. This was one of the many ways in which they attempted to destroy her humanity. The goal was to make her a remorseless killing machine, with no ties to anybody. Having a baby would undermine that, so they made sure it could never happen. Then she says, “you’re not the only monster on this team.” Meaning, of course, she is a monster because she was built into a remorseless killing machine. Not that anyone with a broken uterus is a monster.

So the question becomes, are these critiquers misconstruing the scene intentionally, because they are, hateful, anti-art and anti-intellectual and want all expression to be propaganda advocating their view, or are the really, genuinely that stupid? My wife and I discussed it and there are points on both sides.

For example, people faced with the intellectual buffet at a university do not chose to major in things like journalism and communications because they are towering intellects with an insatiable thirst for knowledge. They generally do it to hide from real work and their own limitations. (Sure, 5% want to be the next Woodward and/or Bernstein). But, on the other hand, can anyone really be too stupid to comprehend a scene in which a comic book hero is looking into the camera and explicitly stating what her motivations are with the intention of making it easily digestible for ten-year-olds?

It’s a mystery.
3b) The positive side of this kerfuffle is that it led to this very compelling and plausible story by an extremely sane human being who is kind of a big shot in these circles.

Super hero movies brainwash you into being evil so I went to see one (it’s OK for me). Then some men (ick!), freshly brainwashed by the movie, randomly tried to beat up my friend for no reason. It was almost as if they were acting solely to illustrate my point. Luckily, I was there to fearlessly intervene. You might say, I am the real superhero.

4) Mark Ruffalo is such a good actor. I think my favorite one who is not extremely old. It would be nice if he made more movies like You Can Count On Me, but he elevates these movies and I am glad he is making millions and millions of dollars.

Mark in You Can Count On Me, a truly great film.

5) Jeez, Joss, bon mot a lot? The quips! Half the dialog was quips. I love quips in action movies, but this might be a case where loose quips sink scripts. There were seriously about 50-60 quips. If you are like me, one of the most exhausting social demands is the courtesy laugh. If I spend much of the day stuck next to someone who constantly tells bad jokes and then looks at me expectantly, I will sleep for fourteen hours that night. So I imagine that if I ever won a contest and got to hang out with The Avengers, I would collapse into a deep coma about 45 minutes in. Many of the jokes were good on their own, but it was just overwhelming. Maybe I’m just not… equipped… to handle such a barrage.

6) During the Rifftrax for Fantastic 4, I believe it is Bill Corbett who says, “what is with these super hero movies and their inability to just end?” It’s like they are all written by personal trainers who keep trying to get you to do one more push up. 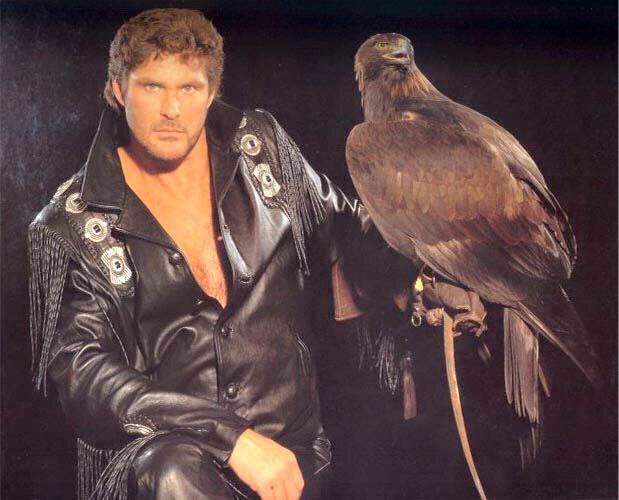 “Hawkeye,” the avenger who has a family that he stores in total isolation.

7) I enjoyed the first Avengers movie and there were times I enjoyed this one. Joss really gets the kind of psychological and ideological conflicts that drive these things. Ultron, like many bad guys before him, is willing to sacrifice the good in pursuit of the perfect, while ignoring or being oblivious to his own flaws. He is pragmatic to a fault, dispensing with all virtue in pursuit of making the incomplete vision of perfection that exists in his head into a reality. No amount of suffering is too high a cost because those who suffer are imperfect. He is trying to eradicate imperfection. Therefore, when he inflicts suffering on other people, it is their fault. If they would just conform to his notion of perfection, he wouldn’t have to do it.

The Avengers are willing to not only accept imperfection, but to fight and die for it even when those they protect are hostile to them. They are virtuous almost to a fault, willing to jeopardize good ends rather than compromise their principles by taking short cuts to those ends that would easily be justified on utilitarian grounds. The one point on which they are pragmatic is still really about being virtuous. Bow And Arrow Man quickly absolves The Scarlet Witch of her past misdeeds, saying that it is who she is moving forward that matters. Someone like Ultron looks for and finds the worst in people. Someone like Bow And Arrow Man wants to bring out the good in people. Because they are superheroes in a movie, The Avengers are able to refuse to ever compromise and still reach their noble ends. That’s a basic part of the superhero fantasy.

8) I never was really into comic books, but now that I’ve had enough of these movies jammed down my throat (i.e. seen them of my own free will), I really am a bit awed by the immensity of the imagination possessed by Stan Lee and the other people who made the funny books. It’s so cool that he has lived into his 90s so that he can see all of this and be a part of it. Imagine drawing these little stories that offer solace to kids who have a rough time and then by the end of your life you’re like Orson Welles or some shit. I hope he and Ruffalo are as cool as they seem.

9) I think I hate Tony Stark. No wait… I find him informative and witty. No wait… I hate him. I don’t understand why you are supposed to like him. It’s kind of cool that he listens to Suicidal Tendencies, but come on. Maybe I’m misreading it, but I think he’s supposed to be a mild assholewho turns out to be OK, like Han Solo. But he’s more like a combination of the worst parts of Henry Kissinger and Steve Stifler.