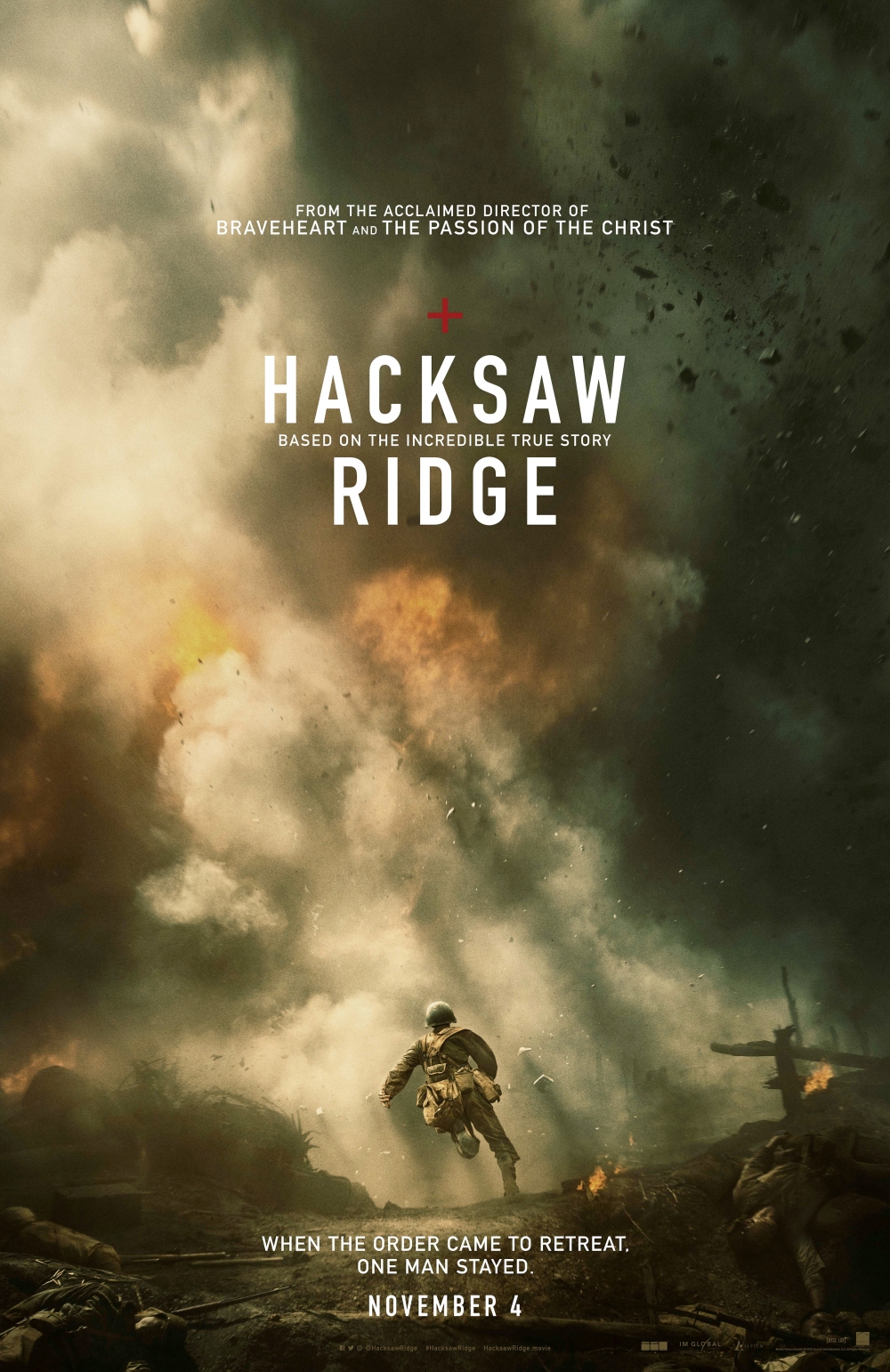 A man tries to be a pacifist and a patriot during World War Two, and gets it the hard way.

Rated R for Lucio Fulci like levels of gore and putrefaction.

Fair Value of Hacksaw Ridge: $10.00 a good option for a war movie buff, also the best Christian propaganda flick of the year.

Who is this film perfect for? People who enjoy films about war and dismemberment.

Who will not like this film? People with weak stomachs

What is the summary of Hacksaw Ridge? The ordeals of a man who wants to both a patriot and a pacifist, but who apparently never learned of either the Merchant Marine or the Coast Guard. 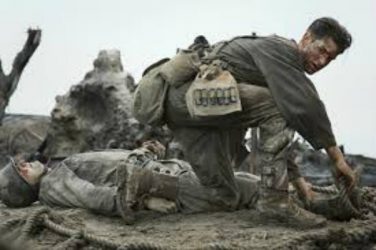 Andrew Garfield stands out in this World War 2 Biopic of Desmond Doss, the first conscientious objector to win a Medal of Honor. A dedicated 7th Day Adventist, Desmond adheres to the Batman rule: no guns, ever. He begins in a Edenic interpretation of Appalachia, where he becomes traumatized by a fight with his brother (Nathanial Buzolic). That pacifism also grows with the drunken abuse of his father (Hugo Weaving), a traumatized veteran of the First World War.

After wrestling with his conscience during World War 2, Doss enlists in the army, but tries to have it both ways: he is intent on being a medical corpsman, yet he steadfastly refuses to wield a gun. The next act of the film is a reprise of Full Metal Jacket, only with a tepid Vincent Vaughan substituted for R. Lee Armey’s master class study in intimidation. 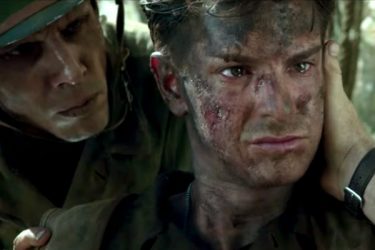 The film truly reaches its pace after the conclusion of the training and court martial acts, when Doss reaches Okinawa. It is here that Gibson truly comes into his strength, doubling down to attempt the most carnal portrayal of warfare ever. In this he succeeds, depicting the battle for Mt. Suribachi as a swirling inferno of violence, a true 8th Circle of Hell.

Andrew Garfield’s performance evokes that of Jim Caviezel in Malick’s The Thin Red Line– one director that Gibson borrows from stylistically. As Doss, Garfield conveys the ambiguity of an intelligent, principled, but deeply uneducated man- one whose very uncertainty and worry becomes a reservoir of profound determination.

Having seen all of Gibson’s movies, and learned his faults and virtues as a film-maker, I can now say that he may be the one living director that would be adequate to make a cinematic adaption of Dante’s Divine Comedy. The mind-frame of Mr. Gibson is that of the medieval Catholic church, and the ordeal of the saint is his oeuvre. Hacksaw Ridge is the latest riff on that theme, now adorned in the uniform of an American soldier.