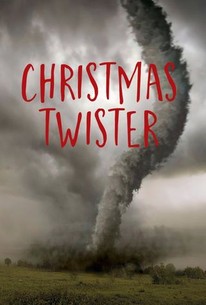 The worst tornado movie ever made

Unless I am struck down with a Paul to Damascus type inspiration, this will be my last Christmas movie review of the season. It is just as well because the  pickings this year are almost non-existent. I refuse to watch and review Home Sweet Home Alone, that is just not going to happen. Ditto for The Bitch Who Stole Christmas, I mean, what were they thinking with this one?

However, the title I’m about to review is a real dud, with some of the worst tornado CGI I’ve ever had the misfortune of viewing. Besides, this movie had nothing to do with Christmas at all, it just had a few decorations and carols thrown in randomly. The Christmas movie cupboard is indeed bare this year.

I’ve changed my mind, I’m not going to give a full review of this absolute stinker of a film. If you want that, complete with the plot and details, find it somewhere else. The biggest reason that this movie failed so spectacularly was not because the acting and writing were horrible, which they were. It was not just because the CGI and special effects were the worst I’ve ever seen for a movie like this. The “tornadoes” were laughable and looked more like dust devils that had been drawn by a 3rd grader.

The reason this film was so terrible is that it took itself seriously. It tried to be a drama, complete with marital problems between Ethan (Casper Van Dien) and Addison (Victoria Pratt). They even included a 3rd-wheel villain named Logan who was the TV station’s meteorologist and a Trumpian-type science denier. He was also trying to convince Addison to join him at a better opportunity job in Chicago or New York…away from Ft. Worth Texas, and her husband, of course.

Most people who read my reviews know that I am a student of meteorology and take atmospheric science seriously. Sci-Fi films are notorious for taking liberties with well-known scientific principles and the laws of physics. As an audience, we are supposed to just overlook the mistakes and suspend our disbelief. The “science” in this atrocity was beyond cringe-worthy and downright embarrassing and infuriating. Yes, and of course they shoe-horned Global Warming into every sentence that tried to explain the why of the tornado outbreak.

ZERO/10.0 With The Goatesians Rating Of Avoid Tubi So You Don’t Accidentally Click On This Stinker

Special Ruthless Ratings: The only remotely worthy exchange in the entire film was this stupid joke:

Ethan: I don’t know. How is Christmas like tornado season?

Zack: You get a tree in your living room.