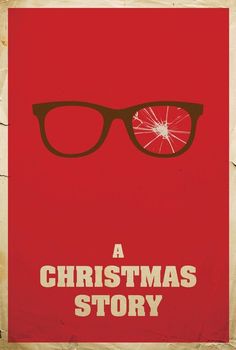 The eyes and tongues of children are removed during Â the observance of ancient pagan rituals.

At this special time of the year, when our senses and sensibilities are assaulted non-stop by Christmas bacchanalia and bullshit, there is one Christmas tradition that I tolerate, as much as I loathe most of the Christmas season. A Christmas Story,written by Jean Shepherd and directed by Bob Clark, is a family Christmas tradition that is aired in a continuous loop Christmas Eve and Christmas Day by TBS. This is a Christmas movie, but THANK THE FUCK CHRIST there was only one fleeting and unimportant reference to the Baby Jesus or anything remotely religious. I tolerate it for this reason and I love it for the darker commercial side that it gives to this bloated, hijacked holiday. 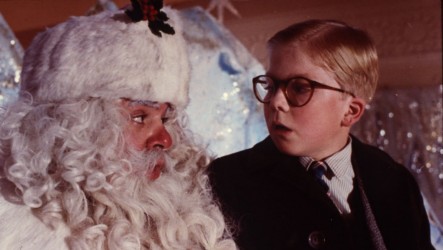 As much as I love the Scrooge classics, I must grudgingly admit that A Christmas Story is the greatest Christmas movie ever made. Please don’t be distracted by the fact that it is a Christmas movie or that the setting showcases a traditional American Family Christmas in the immediate post-war era. The enthusiastic, third-person narration by Jean Shepherd is fantastic and, ultimately, the key to the entire movie. The dialogue is hilarious, and every scene warms my blackened heart with sometimes almost perverse hilarity.

All of the acting is superior, but Darren McGavin is wonderfully perfect as Mr. Parker, the crusty Old Man. Mr. Parker loves turkey as much as he loathes the Bumpus hounds and the old, smoky furnace. The Old Man’s histrionics who in the heat of battle could weave a tapestry of profanity that as far as anyone knows is still hanging in the air somewhere over Lake Michigan,were a marvel to behold, as he went to war with furnaces, frozen Oldsmobiles, the Bumpus hounds, and blown fuses; all with a passion not unlike Patton trying to push the Germans into the Urals. 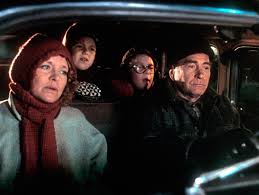 If you’ve read this far, you may wonder what this white-bread, uplifting, family-structured movie has to do with Ruthless Reviews. I’ll tell you what, and it has everything to do with the likeable, bespectacled little Ralphie. A deeper analysis of Ralphie’s character reveals a ruthlessness and focus that would be the envy of a seasoned serial killer. Christmas is the time during which the entire kid-dom year evolves and Ralphie demonstrates time and time again that nothing will get in the way of him getting the Christmas goods. Cloaking this dark side perfectly in the simple setting of family and tradition, Ralphie toggles between solving real world obstacles and his bizarre reveries of achievements that will bring him closer to his goal. 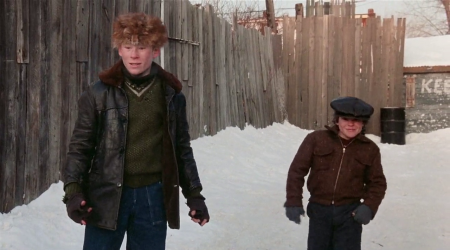 No scene demonstrates this better than when Ralphie’s efforts are interrupted by a snowball sandwich, delivered by the feared, yellow-eyed bully Scut Farkus. Fresh from a C+ and you’ll shoot your eye out red penciling on his school essay, Ralphie snaps, and attacks and beats bloody and senseless a much larger boy in a murderous, white-hot attack laced with obscenities. I’m convinced that only the intervention of Ralphie’s mother saved Farkus from being beaten to death at the hands of this BB gun-stalking maniac. Not only were bullies and enemies sacked by the ruthless Ralphie, but friends and family alike fared little better. Little Ralphie did not hesitate to abandon friends to an icy flagpole, a grinning Farkus, or to instantly implicate an innocent fellow 10-year-old as the source of an f-bomb that was blurted out. He blames it on the Jew, rightly enough, to uphold a time honored tradition! 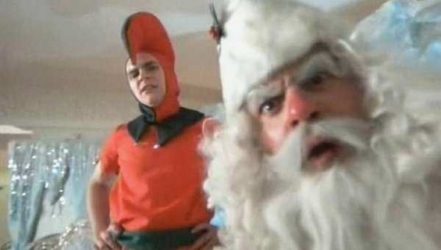 Mother: “All right. Now, are you ready to tell me where you heard that word?”

Ralphie as Adult: [narrating]: “Now, I had heard that word at least ten times a day from my old man. He worked in profanity the way other artists might work in oils or clay. It was his true medium; a master. But, I chickened out and said the first name that came to mind.” 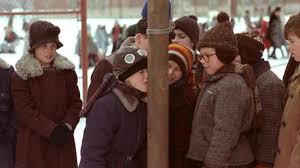 In a great scene that personifies kiddie disillusionment and enlightenment, Ralphie is comfortably willing to let his younger brother piss himself as he spins the magical wheel of the Little Orphan Annie decoder ring, only to realize, Son of a bitch! A crummy commercial! In a powerful moment of final realization. Another hilarious reverie of Ralphie’s is the bedroom hallucination after his mouth has been washed out with Lifebuoy soap. He is clearly willing to gouge out his eyes with #2 pencils for the sole purpose of laying on a lifetime of unbearable guilt on his parents for blinding him with soap poisoning. Hey, this is great stuff.

All of the scenes are pretty memorable, but there were a couple of standouts that I will comment on here. The Department Store Santa scene has to be one of the most bizarre and satisfying scenes of the movie, and was undoubtedly the inspiration for the movie Bad Santa. This scene was a surreal, spinning kiddie love/hate/fear nightmare, complete with a red-nosed Santa, surly elves, a totally creepy kid in goggles, and even the Wizard of Oz characters. Even the super focused Ralphie succumbs to the intimidation of Santa and the Elves and forgets his mission until the bitter end. The drunken Santa firing the salvo of, You’ll shoot Your Eye out Kid,was a crushing setback for the desperate Ralphie.

The Chinese Restaurant! This scene could never be recreated in this era of political correctness and resultant sore butts from each and every ethnic group with feelings hurt about dead-on-the-mark stereotyping. Chinese Restaurants are open when everything else is closed, whether it is blizzard-like Christmas evening, or in the middle of a raging Hurricane Katrina. No more than one individual speaks Engrish at these places, and the Fa-Ra-Ra-Ra-Ra-Ra-Ra-Ra was both hilarious and right on the money. This scene also reinforced the Parkers as a nuclear family making the best of a catastrophe, and it was wonderfully shot and just damn near perfect, just like the rest of this classic black comedy, masquerading as a Christmas movie. 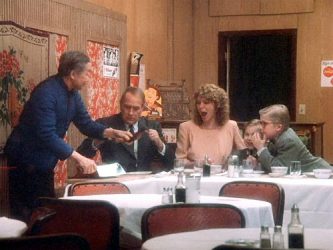