2001: A Space Odyssey Review and Redux 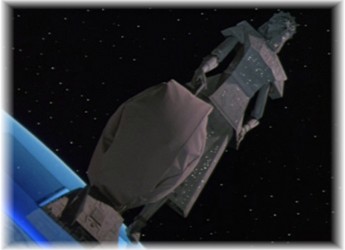 I bought a motorcycle helmet at a garage sale, and I don’t own a motorcycle. One man’s safety device is another man’s pretend space helmet. The sporadic hissing noises coming out of my mouth are the bursting of thrusters, propelling me down my dark hallway. Through my space helmet, I’ve made visual contact with the air lock. My hand slowly grips the handle. I pull it towards me. The seal is broken, and as the door swings wide, the darkness that I’m suspended in becomes illuminated by a bright, white light. I’m going to need another bottle of liquid oxygen. I grab a cold one and turn around. Do my thrusters have enough power to take me back to planet Couch X349? I hope so. If I can’t make it back, I’m prepared to float off into that eternal sleep, careening into unfathomable blackness, drifting away from humanity, passed out on the cold, unforgiving floor of the universe.

That’s a normal Tuesday night for me. I’m obsessed with space for all the wrong reasons. I don’t love calculus or physics. I think that shit is kind of stupid. Oh, a triangle has three sides. What goes up must come down. Big deal. I learned all I needed to know about space from Neil deGrasse Tyson memes. I’m more concerned with questions like. 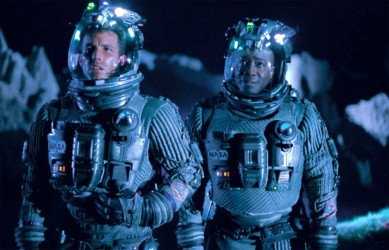 CAN WE DEFLECT AN ASTEROID BY SHOOTING A BEN AFFLECK AT IT?

WHY DOESN’T THE MEDIA EVER TALK ABOUT DARK MATTER?

“IF NOTHING CAN GO FASTER THAN THE SPEED OF LIGHT, THEN WHY DON’T THEY JUST MAKE THE WHOLE SPACESHIP OUT OF LIGHT?

What I’m trying to say is, there is a brave astronaut explorer inside of every one of us. This article goes out to the American sniper who is pretending he’s really a Space Marine killing aliens in a setting devoid of moral ambiguity. It goes out to the truck driver who is trying to block out the condescending barks of a warehouse assistant manager by imagining he is docking an intergalactic freighter. It goes out to the little Korean lady down at the spa who is using a pair of tweezers and a cup of bleach to terraform Uranus.

To some of us, this planet just feels wrong. We would rather be tearing across the solar system in search of meaning. We might not know the difference between cosmology and cosmetology, but it doesn’t mean we can’t let our imaginations delve into the deepest most unfathomable corners of the universe.

Thanks to space movies, I get to escape this planet once in a while. Someone like me would never have a real chance at becoming an astronaut. I can only microwave popcorn at a 65% success rate; I doubt NASA needs my skills to figure out the shortest trajectory towards Mars. Luckily, I have a DVD player. I can go to Mars anytime I want.

Recently, I googled, Best Movies About Space, and one movie kept coming up: 2001 A Space Odyssey. I decided to check it out. It was pretty cool, but I’m not sure I understood it. When it started out, I thought it might have been a sequel to Trading Places. Jim Belushi was still in his gorilla costume with his new ape family, and a giant iPhone drops out of the sky. One of the gorilla men steps to Jim and gets dropped. That’s pretty much it for that. We don’t come back to this part anymore.

So… they’re trying to tell us we are all just monkeys worshiping Apple?

The next thing you know this other dude we never saw before is on a spaceship going to space. He chills out there for a little while. They dig up an iPhone under some moon rocks and then the plot really heats up. All of a sudden these new guys are on a spaceship ruled by a robot named Hal. He seems pretty chill…at first.

On the way to deeper space, Hal spazzes out for reasons I forgot because this was a super long movie. He starts killing some cryosleeping extras and then moves on to killing the main characters. There are these two dudes left, best friends. He hits one of them with a big ass metal thing while they are outside the ship dicking around. The remaining dude vows revenge. I’m not sure why Hal wanted to murder everybody. What was his plan, to just fly around in space and get the whole ship to himself? He was going to run out of gas sooner or later and have to come back to earth. It was a no win situation. For a smart computer, he should have known that. So the last guy gets revenge, but then that’s not really important anymore because he goes flying through space chasing after the iPhone. This might be a critique on our consumer based culture. The special affects are really beautiful. It reminded me of that scene in Spaceballs when they go to plaid. 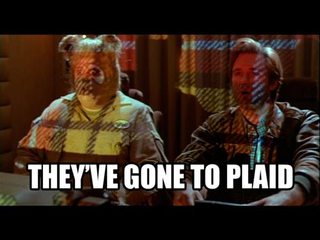 The main dude either dies or goes to this weird dimension where God locks him in my grandmother’s bedroom and Benjamin Buttons him until he turns into a baby. He gets dropped off outside earth, and that’s it. It takes like three hours, and the entire thing is just orchestra music. There are more words in this review than the entire script. Nobody says shit.

I’m not saying it was a bad movie, but it could have been better if it was shorter and the soundtrack wasn’t so wack. I got to thinking: Maybe I could edit this movie down to something a little more digestible for those who love space and hate orchestra music. So I did that. It’s called 2014: A Space Movie. Enjoy.