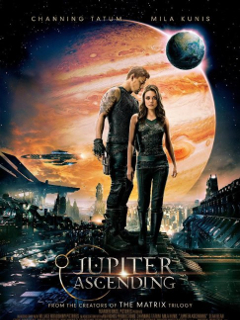 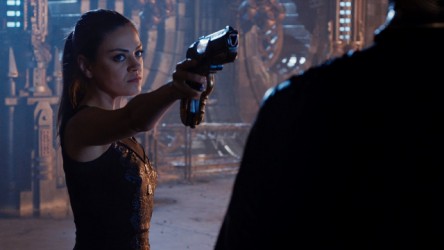 They cast Sean Bean in this movie and forgot to have his character die at some point. How do you fuck up the process of making a movie so badly? I’m honestly amazed they remembered to take the lens cap off. I mean, Jesus Christ!

How bad is this movie? Well, I’m the only person in the country who liked Speed Racer. It was completely fucking insane, and watching it in the theater honestly gave me a headache, but I don’t think I’ll ever see a movie quite like that ever again. Speed Racer was full of loopy editing, crazy zoom-ins and zoom-outs, and vomit-inducing pastel explosions. Also, John Goodman referred to an incompetent ninja as a “nonja” at one point. It should have won the Oscar for that year, but we can’t have nice things.

I’m also the only person in the country who liked John Carter. Sure, it’s a bowdlerized version of the source material, but if you’re not completely wedded to that source material and take the film as a Disney/Pixar “re-imagining” of it, you might find it highly entertaining. I know I did. However, John Carter was a movie where less than two minutes into it, I knew that I was going to love it, and that it was going to bomb horribly. As soon as they called Mars “Barsoom” and did the pan down to the surface from outer space, I smiled. At the same time, a few people started walking out of the theater. Go ahead and leave, assholes! Dominic West is tired of your shit! 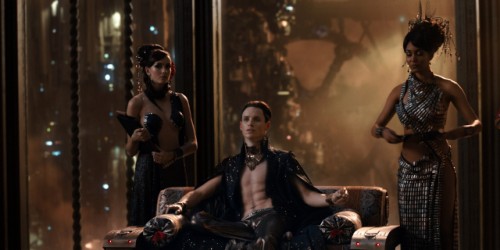 Anyway, I’m someone who has enjoyed all of the Wachowski’s other films (including V For Vendetta and Ninja Assassin) and has enjoyed other big-budget sci-fi bombs like John Carter and Chronicles of Riddick. Hell, I thought Battlefield Earth was alright, honestly. Not great, but not worthy of all the derision leveled at it. I guess what I’m saying is that I’ve seen a lot of sci-fi movies in my time, and I’ve seen a lot of shitty movies in my time.

Jupiter Ascending is a complete disaster. Why? Because Sean Bean doesn’t die! I can’t even deal with this shit!

Jupiter Jones is a maid who learns that she is really a reincarnation of the Queen of the Universe. The aliens in this universe are also humans, and Earth is really a “seed world” created so that it can be “harvested” one day to create some type of clear fluid that functions as the Fountain of Youth. The Queen’s three children battle over Jupiter and try to trick her into accidentally signing over the rights to the Earth. It’s just riveting. Oh yeah, and Channing Tatum portrays an unfunny version of Barf from Spaceballs. How does this stuff even get past the script treatment stage? 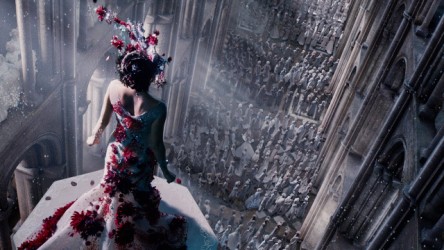 This movie is Flash Gordon re-imagined as a total piece of shit. It has the same kind of approach to sci-fi/fantasy stories, but everything is presented in the lamest manner possible. The major problem with this film is that it feels very subdued and (for lack of a better term) “normal”. Seriously, I don’t watch a Wachowski film for “normal”. I want to see the craziest shit imaginable. What happened?

On paper, this movie sounds pretty nuts. I mean, half the characters are “splices” of humans with various animals. However, none of this seems to find its way into the performances. Channing Tatum is half-dog, but he never does anything dog-like. There’s a guy with a miniature elephant trunk for a nose, but they never show him having a great memory or anything. Then there’s a girl with a ridiculous 90s raver hairstyle and a hoverbike; she disappears halfway through the movie, even though she is easily the best character in the film! I don’t remember if she had any lines, but in all honesty, I can’t remember if anybody had any lines in this movie. Again: how do you fuck up a movie so badly? 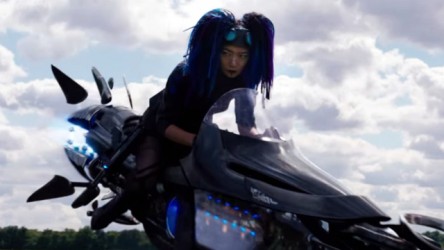 Jupiter Ascending doesn’t even have the decency to be hilariously shitty, like Lucy was. It’s just so boring. Endless scenes of people walking down hallways in front of greenscreen backgrounds remind us of all of the greatest moments of the Star Wars prequels. The big reveal is cut up into pieces and delivered in long monologues at regular intervals throughout the picture, causing the pace to drop like a rock every 10 minutes. But perhaps the defining image of this movie is that of Jupiter falling. She likes to fall. That’s gravity, ladies and gentlemen!

Channing Tatum flies through the air with Spock’s jet boots from Star Trek V. His explanation for how they work?

“They use the force of gravity, redirecting it into differential equation slopes that you can surf.”

What does that even mean? How does a differential equation have a… you know what, why don’t you guys actually try reading Wikipedia for a full 10 seconds instead of 5 next time. I can’t even deal with this shit! 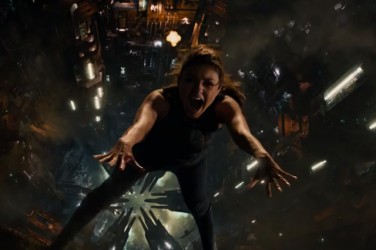 Anyway, Jupiter Ascending is about Jupiter falling a lot. It’s not false advertising, because if we redefine the positive and negative sides of the relevant coordinate axes, ascending becomes falling and vice versa. Problem solved!

How bad is this movie? At one point, a winged Lizardman henchman tells the main bad guy, “There was a problem at the clinic”. He is referring to Jupiter’s escape from a fertility clinic, where she was attacked by grey aliens posing as human beings. By the way, the main bad guy whispers almost all of his lines for no real reason. I have no idea. Anyway, to reiterate: Mila Kunis is attacked by the Greys, who are in turn attacked by Channing Tatum on jet boots, and as the main bad guy whispers his admonishments to his Lizardman henchman in the aftermath, the Lizardman states in the most fearsome Lizardman voice the sound guys could come up with: “There was a problem at the clinic.”

Why does this movie exist? 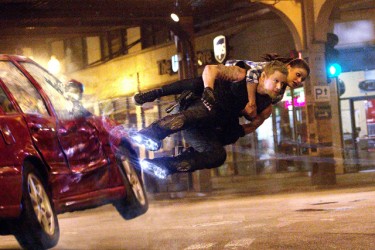 By the way, I think Sean Bean’s character is supposed to be part bee, even though he has no bee-like features. He does hang out with a lot of bees, though. It is said that bees recognize royalty, and when they encounter Jupiter, they dance about in swirling patterns. Again, on paper, all of this sounds completely insane and hilarious, but on film, it’s just so boring. I really don’t know what happened here. I think it’s just not crazy enough. Why not have Sean Bean die after having sex with the female villain or something? Why not make it so that the guy with the elephant trunk nose has his nose grow and shrink if he lies, a la Pinocchio? Why not have Mila Kunis squirt flammable milk out of her breasts and tell a Lizardman, “You know what happens to a lizard when it is set on fire? The same thing that happens to everything else” as she throws a lit Zippo at him and sets him ablaze? I mean, why stop with having her be the accidental reincarnation of the Queen of the Universe? Why stop with Channing Tatum having pointy ears and jet boots? Why not just throw in Nei from Phantasy Star II while you’re at it? If you’re going to make a shitty movie, then make a shitty movie! Half-assing the shittiness of the movie in this fashion is just Un-American.

Really, though, if you need any more evidence that the people behind this movie didn’t really have their heart in it, and didn’t really give a shit, just return to what I said at the beginning: Sean Bean’s character didn’t die. It’s such a slap in the face to film fans that I don’t even know how to process it, honestly. I think if the Wachowskis had just stopped the film, appeared on-screen, pointed at me, and said “FUCK YOU” right into my face, I would have been less offended. Hell, I would have laughed at that. At least it would have been honest!

This is just something else, though. I mean, I know he didn’t technically die in Ronin, but he was told to GTFO before the end of the first act. Ronin is the best action film of the Clinton years, hands down. The people behind Ronin knew what they were doing. Forget the car chases; we can tell this because Sean Bean got Boromired, as he always should!

I guess he survived the Silent Hill movie as well, though his character didn’t even go to Silent Hill if I recall correctly. Whatever. Whatever!

Jupiter Ascending sucked because they didn’t have Joffrey march out halfway through it and call for Sean Bean’s decapitation. Also, they didn’t have any catgirls or bunnygirls in a movie about human/animal hybrids. Get this trash out of my face.