Home / Featured Posts / Antrum: The Deadliest Film Ever Made

Antrum: The Deadliest Film Ever Made 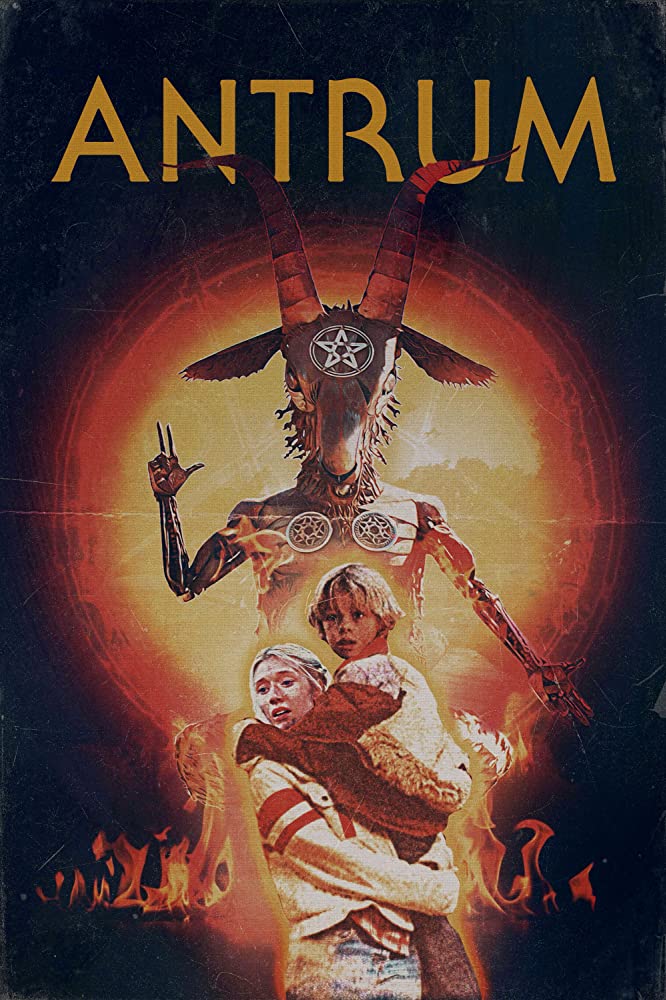 Antrum: The Deadliest Film Ever Made

A supposedly cursed film that kills all who watch it. Which is fine, I wasn’t doing much with my life anyways.

How deadly is it? Well, so far, I feel OK, but the editors of Ruthless will let you know if I died, so, clock’s ticking. I suppose I’m the ideal guinea pig for watching a cursed film that kills everyone who watches it- I’ve got the education to really give it a good run-down, and the world will not be substantially altered by my imminent and horrible demise.

Fair value of Antrum: $10.00. This is an eerie film that crawls into your head and stays there.

Cursed Objects: The idea of ‘art that kills you’ is at least as old as Robert Chambers’ story The Yellow Sign. Antrum is a film within a film, ostensibly a recovered print of an infamous early 80s film from the VHS era of horror cinema. The footage is thus book-ended and hyped by pseudo-documentary footage chronicling the trail of misfortunes that have followed this film.

Who is this film perfect for? Fans of grind-house, found footage, and satanic panic films will find Antrum to be a smart and well put together addition to the pantheon.

Who will not like this film? I found myself continuously saying to myself “this shouldn’t work, and yet it does…”. That is to say, much like The Blair Witch Project, the ostensible amateurish nature of the film actually works strongly towards building an eerie and menacing ambience. That being said, the film is long on ambience and mood, and short on dialogue and plot. I loved Antrum, but others could find it post-modern and pretentious.

What is the summary of this film’s concept? To cope with the death of a loved one, a sister (Nicole Tompkins) and a brother (Rowan Smyth) wander into a sinister forest, looking for a purported gateway to Hell.

How does this film compare to others like it? More than anything, Antrum is 2020’s best case study for auteur theory. The plot is rudimentary. The cast is talented, but what really makes Antrum shine is the cinematography.

What works in this film? Antrum feels like a cursed object. Like a 90 minute version of the cursed clip from Verbinski’s The Ring. The staging and composition of the shots is inspired and literate, referencing everything from Haxen to The Exorcist. But what is more is directors Michael Laicini’s willingness to experiment with the structure and boundaries of the film. Ostensible cigarette burns, misapplied filters, and other signs of celluloid wear and tear are exploited to add a deeper patina of metaphysical corruption- like Bram Stoker’s Dracula and The Exorcist, Antrum is spilling over with nigh-subliminal occult imagery, every shadow squirming with half-concealed and grotesque figures.

The plot of Antrum is childishly simple, but manages to follow a surreal dream logic, extending in a five-act structure that references such classical demonology as Dante’s Inferno and the Goetia. But the genius of Antrum lays in the subtleties- the way that gaps and skips in the film footage are used to give a lurching, uneven pace, of long takes followed by almost stop-motion suddenness. The sound mixing, too, contributes to a continuously mounting sense of dread. This film never scared me out of my seat, but it nevertheless left me haunted and unnerved like no horror film since The VVitch.

Is this film worth re-watching? I definitely feel like another pass is warranted with Antrum. There’s so much going on.