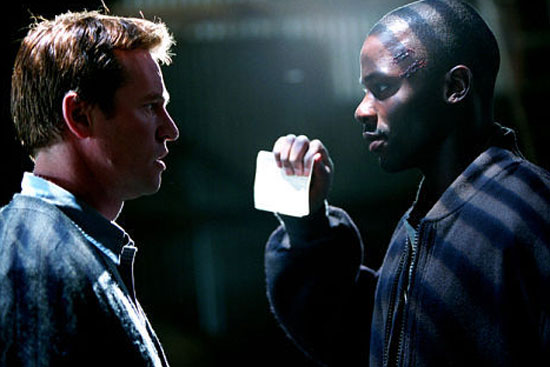 Written and Directed by David Mamet

Oy vey, talk about straight to video… The reason you have never heard of this movie is that for eighty -five of its one hundred minutes it totally sucks. Ass. I mean we’re talking the type of film where the opening line is, “You’ve had your entire life to train for this moment, Why aren’t you ready,” and you can say things out loud like, “The black guy dies… right… NOW!” And then the black guy dies. I’m starting to wonder if Val Kilmer can turn his acting ability on and off at will. Or maybe he never had any? Regardless, he was wooden as fuck. And the clunky motherfucking script that was supplied to him by none other than David “Always Be Closing” Mamet sure didn’t help out. With lines like “I’m here to get you out, baby,” and “My job is to get the girl back and I will not stop until I’ve gotten the girl back,” you start to wonder if Mamet really did shoot an unrecoverable load a decade back.

Spartan starts off, like so many dull fucking movies these days, at some “Top Secret Government Black Ops Navy Seal Tom Clancy Green Beret Delta Force CIA NSA Airborne Rangers Twelve-Year-Old Fascist Wet Dream” training facility. It is so secret that we don’t even know what the fuck they are doing. Moreover, the training is so tough, that the only people allowed to graduate are those that have killed a fellow soldier. I’m serious, at the end of training two men at a time are forced to fight each other gladiator style. Last man standing graduates and gets to play government-spook with Kilmer, who may or may not work for the Secret Service. Regardless, somehow the president’s daughter is missing and Kilmer is on the job! Employing even more Ashcroft style “detective” work than even Kurt Russell’s character in Dark Blue, Kilmer and his buddy (Derek Luke) figure out who has the girl. Or do they…??? 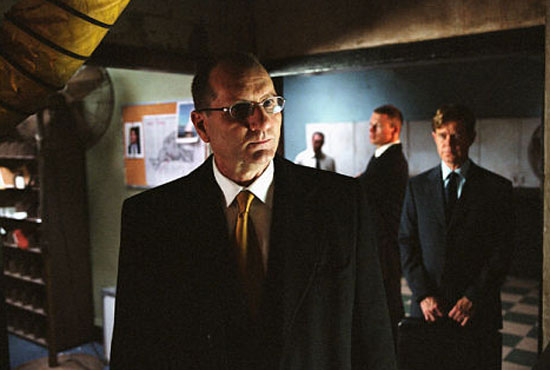 Actually, before I get to that part, I’ve got to talk about this one fucking scene. A) It contains monumental clunkiness and B) the message signified is just fucking stupid. Not cool in any way. So, turns out that the head of the secret service is Al Bundy (Ed O’Neill). He asks Kilmer if he’s willing to “work off the radar.” You all know what that means! Flagrantly abusing the Constitution in a manner not thought of since Reagan and Ollie North were brainstorming. The plan? Turns out there is a Lebanese guy who is somehow involved with trafficking blond women to Dubai and he’s in federal prison. For some cockamamie reason he’s being transported, along with a death row convict, in the back of a squad car with a single officer doing the transporting. Still with me? OK, Bundy stresses over and over again that the other prisoner is a “death row inmate.” Get it? It is cool to execute death row inmates in broad daylight. Oops, getting ahead of myself.

OK, so here’s the fucking plan. Somehow they know that this officer is going to stop at a particular gas station to fill up the car. Remember, he’s transporting two felons around all by himself. The moment he pulls up to the pump, Kilmer is going to be faking a robbery, then he is going to for real kill the cop, kill the death row inmate and get the Lebanese guy to tell him where the girl is. Seriously, a Pulitzer Prize winner thought this shit up. Not only is it totally inefficient (why not just torture the info out of the Lebanese guy instead killing a cop), but is Mamet trying to say that this shit is cool? Are we supposed to respect this “Black Ops” team that just wastes innocent people for the sake of preventing a scandal? Who the fuck are we supposed to root for? Lame. Of course, Kilmer winds up shooting the Lebanese guy anyway, so it’s all moot. Wait, no, it is all dumb and it glorifies straight up fascism. And not in a good way. 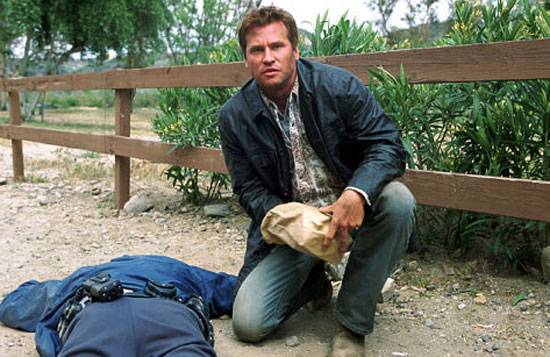 So, Kilmer after a series of “twists” and “turns,” finds out that the President is happy his daughter got abducted. So, he sets off to get her back all by himself. What I found really surprising about Spartan was that the ending of the movie, the actual climax at the Dubai airport, was good. Compelling even. I don’t know if I have ever seen a movie where the ending made a concerted effort to save the rest of the film. Is it worth sitting through the first four fifths of this stinker to get to the rather decent conclusion? In a word, no. I would just skip Spartan altogether. Most everyone else did.