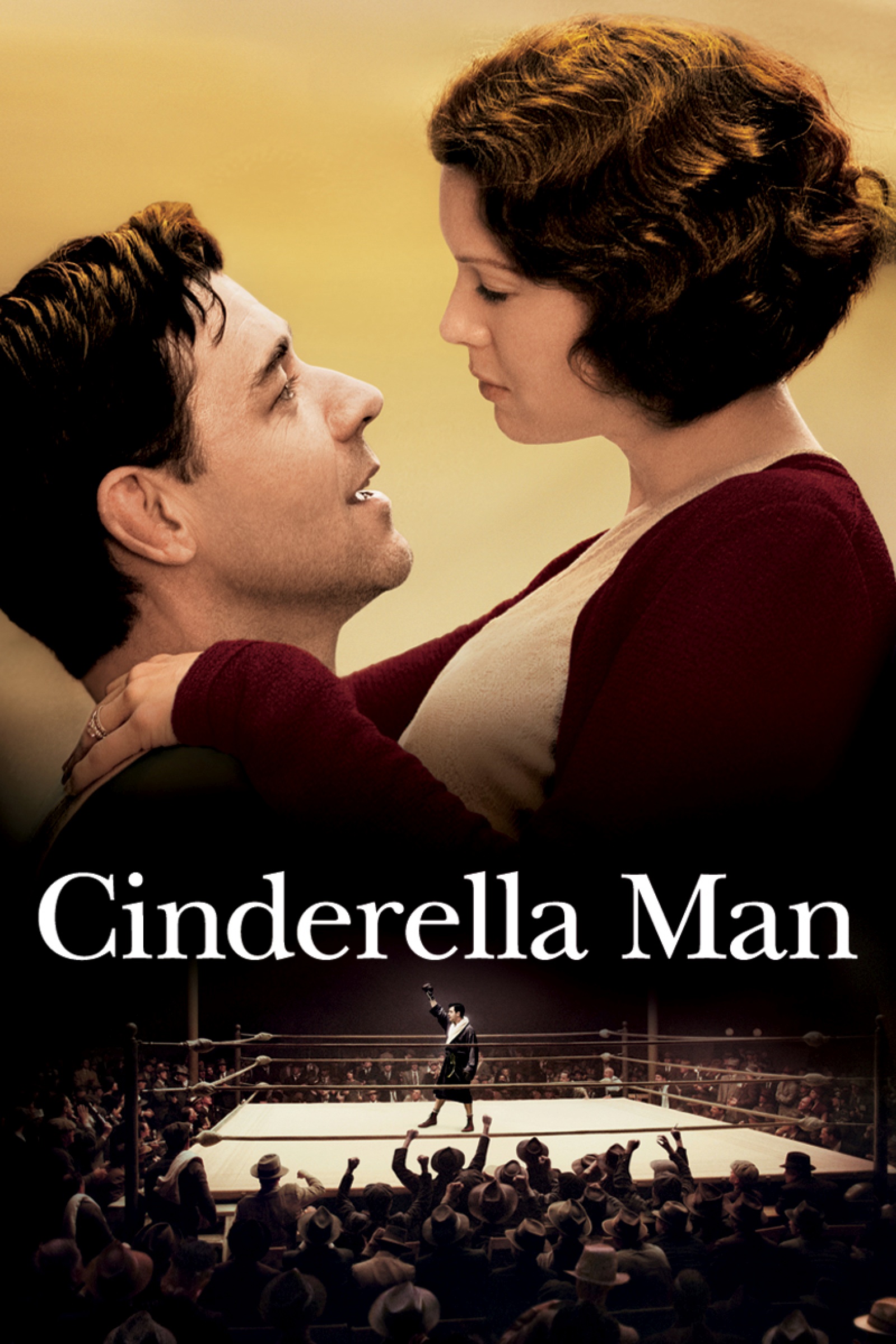 A washed up and hungry boxer becomes a champion.

“Americans love a winner and will not tolerate a loser. Americans play to win all the time..The very thought of losing is hateful to Americans.”
— Patton

Let’s face it: we inhabit a Rocky Balboa nation. Our reality is closer to the darker shadings of Sonny Liston and his sad demise in a seedy Las Vegas apartment, but we live our lives under the spell of the underdog; the plucky, soft-spoken nature that triumphs out of an implied, but never overtly expressed righteousness. As such, our hearts appear to side with the oppressed and the damned, but only so long as success stands as our just reward. We might follow the aw-shucks hero through assorted trials and tribulations, but will quickly abandon his cause without that final hoisting of the championship belt. We even stand with the poor during our lustful applause, but would rather they acquire even a modest material comfort, because to face the stings of economic depravation makes us uncomfortable. At the very least, we’d rather not deal with the implications of want in the midst of plenty. But even that conditional sympathy has a catch — do not feed too greedily at the golden trough, lest you become arrogant and forget where you came from. In all, it’s a complicated game we play with ourselves. We want our heroes to rise above the ashes, but not to the point where they think they’re better than us. And so we have Rocky — a champion, yes, and with all the trappings of wealth and comfort, but never the self-satisfaction. The heart stays pure. The story of James J. Braddock is cut from the same cloth, and were it not for the factual record, we simply couldn’t believe it. Here we have a solid Irish boy from Jersey; a man who loves his wife, plays with his kids, and is so unfailingly honest that he pays back the state after accepting temporary welfare relief. We never glimpse a hint of self-importance or hubris, which may indeed reflect the actual man, but as presented, we are witnessing a secular saint, not a flesh and blood man with temptations and failings. Perhaps this rock-solid depiction is simply director Ron Howard’s passionately sentimental view of the world — one where he seems never to have left the soothing comforts of Mayberry — but I’ll give him the benefit of the doubt. There are such men, I suppose, although the boxing world is usually not the place to find them. In a rigged game (no sport has had such a bloody legacy of corruption), Braddock was a true champion’s champion. And with Russell Crowe on board, we can be sure that along with our hearts, he has our loins to match. Man and woman alike, we are privileged to witness an actor of true physical stature. Obviously, it is not enough that we love our heroes; it helps to feel protected by their strength and endurance.

The Depression era in which Braddock captured the attention of an increasingly desperate public is honestly depicted, if by honest one means that Howard has peopled his set with the appropriate costumes, cars, and smoky neediness. It is a film set during the late 1920s and 1930s, but it is not of that time. Perhaps it is a testament to Crowe’s stature as a world-class star or even Paul Giamatti’s recent successes that it is often difficult to accept the film as a snapshot of a time gone by, but more than that, I sense that a man of Howard’s optimism believes that he is duty-bound to see the silver lining of America’s most penetrating economic collapse. The fight scenes are handled with skill and realism (certainly one can sense the fatigue and crushing pain), but outside the ring, we are always aware that we’d rather be inside it, which is never a good thing if what we see is to be more than a mere boxing movie. 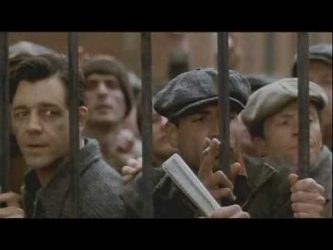 As expected, the major weakness of Howard’s effort is what is impossible to dismiss if the story is to be told accurately. Perhaps the primary flaw occurred at the story approval stage, where clearer heads should have sensed that America might want another fight picture, but it surely does not need one. Even non-fans of the sport know where Braddock’s take is headed, even if Howard slips in the usual turns of doubt that hint at less rosy results. When, for example, the Braddock family has their electricity turned off and the kids are forced to live with relatives, we can actually count down until the moment of triumph when Jim secures a little money and the kids amble home and joyfully flick on the switch. Some might claim that such nitpicking is reserved for the cynics and the grouches that simply refuse to accept any sunshine in their lives or motion pictures, but lazy writing and predictability should never be given quarter, no matter how strongly people feel about their importance to societal health. Yes, life often is as by-the-numbers as many Hollywood plots, but randomness and complexity too often wreak havoc on our best-laid plans. Jim Braddock is no doubt inspiring and one tough SOB, but I’d prefer to see some aspect of the SOB, which could not have been absent during a time that made villains of us all.

Braddock was literally a washed-up bum when he received his big shot, although he had tasted glory before the fall. When asked to fight for cash (and the promise of a quick defeat) by trainer Joe Gould (Giamatti), it is assumed that he will make a little money, pay the bills, and go away. Needless to say, Jim beats the odds and makes his way through the ranks of what are assumed to be better, faster fighters. At this point, Jim is recovering from a broken hand, has soft ribs, and is considered an old man. Standing at the end of the rainbow is the heavyweight champion Max Baer (Craig Bierko), a brutal tank of a man who by that point had already killed two men in the ring. Again, Baer was surely a cocky bastard, but here, he serves the Mr. T role from Rocky III. He insults Mae Braddock (Renee Zellweger, largely wasted), taunts Jim’s sexuality, and serves to unite the crowd against him. His status as champion, therefore, is seen as illegitimate; that is until someone like Jim can take his place at the top.

And speaking of Giamatti, his Joe Gould is straight out of central casting, and for the first time in his career, he seemed to be playing a caricature rather than a nuanced character. Gould screams, bellows, and snaps like a good ol’ Mick, and he says everything we’d expect from a hard-edged trainer. While the fights are thrilling in their own way, whenever we cut to Joe, he’s uttering dialogue that we don’t need to hear at this late date. Perhaps this is what we’ll find in the average inner city gym or even ringside, but I couldn’t help but think that all this role accomplishes is to secure Giamatti a long-deserved Academy Award. Hell, Joe does everything but die at the end, which I suspect was part of Howard’s initial plans. I knew I was in for a clich road show when Joe took Mae aside to “talk honestly,” which can only mean an assessment of the risks, the declaration that this fight means “more than a prize or a purse,” and to further enhance the wife’s role as a worried observer. This role is affirmed when, during the final bout, we cut from the action to Mae at home by the radio, nervously pacing and covering her mouth in anticipation of the worst. If we are to extract anything about Mrs. Braddock from this movie, she was a harpy of the highest order; always bitching about the weather, the lack of food, or Jim’s precious mug. Fine, we’re in a Depression here, but surely she had other things to contribute. 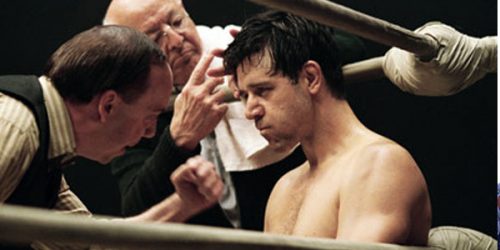 Damon Runyon’s invention of the moniker “Cinderella Man” is surely apt, more so because it fits every time and place that is distinctly American. Even though, as Baer says at one point, “People still die in fairy tales,” we’d rather believe that the men and women we see simply live on as we see them, even after the final credits. The film’s epilogue indicates further success for the Braddock family (despite Jim’s eventual loss to Joe Louis), and the images we are left with are of their young, joyous faces. To top it all off with a cherry, Jim even served admirably in World War II, no doubt saving entire units with his bare hands. The crowd certainly fell under the Cinderella spell, applauding wildly throughout, and all but rising to its collective feet when the might Baer fell. Americans literally bleed possibility and hope, and as such, could never embrace Liston’s tale; surely not as their own. Having it all and pissing it away is just as American as the triumph over adversity, but from the average Joe, you’d never get such an admission. We die after a life of hard-earned glory and love, not through mistakes and pathetic self-indulgence. Even Liston’s end — drug overdose or mob hit? — is too ambiguous for our taste. We can lose our heroes, but if they can’t live on through their final sunset, let them be taken through no fault of their own, like Rocky Marciano — undefeated and blameless.

James J. Braddock surely lived and just as surely secured lasting fame as a dynamite boxer, but as a cinematic symbol, he offers no lessons or human insights. No life could ever be a highlight reel, and merely because someone did the impossible, doesn’t mean we’re entitled to ignore the down time. Braddock was a working man at heart and we can see what he did for his family, but these scenes are all too brief, and mere pauses in what he know will come to pass. But perhaps that’s why we continually return to the past for our heroes, as if what came before is so distant and so impossible to understand that we can believe such uncomplicated men walked the earth. And when our current champions, like Ivan Drago, proudly declare that they fight for themselves alone, or are so buried in conspicuous consumption that we often forget their on-the-field talent, we long for the purity that once defined our times. But it’s all mythology; glazed over by a pathological obsession to convince ourselves that if loss must occur, it can be traced to the personal foibles of the loser. And if we must lose, well, only then can we assume the system itself is responsible.