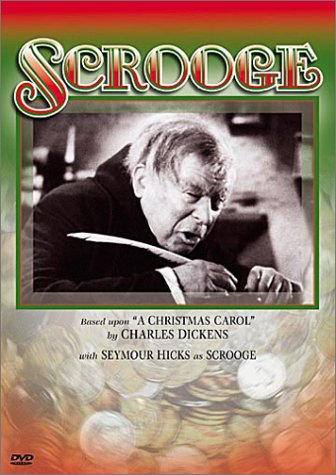 The 1935 British adaptation of A Christmas Carol

While the Alastair Sim version of A Christmas Carol (1951) is still the B&W standard bearer for the genre, this lesser known version again brings us back to the dark, creepy and scary aspect of this timeless story. Sir Seymour Hicks was a consummate Scrooge, so bent over, joyless, disagreeable and Ruthless, that we can instantly embrace his dark character. 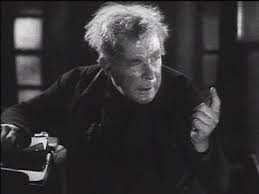 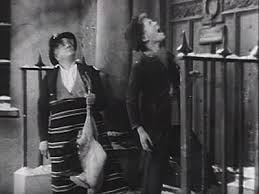 This was a shorter adaptation, but a superior version to 1938 one with brilliant use of light and dark, and fog and fire, with a definite British flair. This film presented 19th century London within the somber backdrop of the emerging Industrial Revolution. The musical score bordered on being annoying, and was typical of the time period, but did not significantly distract from the excellence of this classic. There was also an unusual scene of a huge banquet where the loyal Brits raise a glass to The Queen. Of course, this opulence, along with the throwing scraps from the kitchen to the begging children, spotlighted the stark contrast of the haves and have-nots, a key aspect of this Dickens classic. 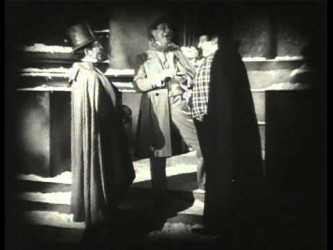 I’m guessing that one question many of our readers is asking is “Why does Goat keep reviewing the same movie over and over again”? Yes, the story line and the outcome remain the same and it was a poor outcome for all of us who love Scrooge as his original, unrepentant and nasty self. The answer is, of course, that even though every movie has the same plot, all are uniquely different with different actors, directors and cinematographers, who put their own personality and craft into the respective film. Seymour Hicks as Scrooge made a remarkable transformation during the redemption and only retained a small snarky part of his original character when he successfully trolled Bob Cratchit at the end of the film in Scrooge’s office. Other than the character of Scrooge and the cinematography of light and dark, the most important differences in the various adaptations were the handling of the 4 spirits that visit Scrooge on that fateful night. This was the glaring weakness in this particular version, with only the Ghost of Christmas Present having any real impact. Marley’s ghost was inexplicably invisible and had minimal impact on the viewing audience. 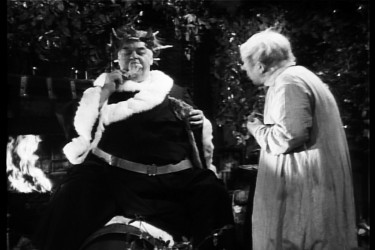 In spite of the shortcomings, this version of Scrooge is definitely worth watching for free on YouTube, if for nothing else than the fine acting of Sir Seymour Hicks and his supporting cast. This will be the last Scrooge film that I will review until I find yet another one.