Home / Reviews / Books / Is Stephen King good or Isn’t He?

Is Stephen King good or Isn’t He?

A necessary word of caution for anybody expecting even a few words flirting with the warm, comfortable familiarity of the “Is Stephen King good or Isn’t He” diametric war of attrition. Typically, to the utter despair of anybody unfortunate enough to be close enough to listen, I’m happy – delighted even – to hold forth on this subject until all of my erstwhile friends have either left or begun beating me with a heavy object. This is however not the platform for such antisocial self-abuse.

The founding premises of this entreaty to the makers of an upcoming film are as
follows:
1. Stephen King is an outstanding writer and teller of stories
2. See above for details
If this is not where you currently find yourself in an emotional and philosophical sense then no hard feelings – but we’re swimming in different soups, and it might be easier for a clean break now.

If you’re still here, then here’s the concern: To quote the book itself, “IT’s back”. To those of you who grew up with those kids from Derry, those words will bring back the kind of shiver of nostalgia that’s the property of any amazing coming-of-age story. For the Losers Club, like Danny Torrance in The Shining or Gordie Lachance and Chris Chambers in The Body / Stand By Me, the central trauma to be borne is not supernatural, but that of being a child in a world that just doesn’t care that much what you’re going through. There’s a really good argument to be made that the ghosts, monsters and dead bodies that scatter these stories aren’t actually the point at all. Instead, they’re a narrative device used to tell the stories of kids who are figuring out life on the fly – one minute to the next – and find their parents, school bullies, teachers and siblings to be as unfathomable as whatever demon lurks in the sewers beneath the town. That’s why it always grinds my gears when Stephen King is referred to as a Horror Writer. There is horror in what he writes, but as often as not the horror is just the rails along which the carriages of story and character are traveling. 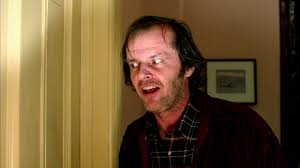 Think for a second on The Shining, which is synonymous with Stephen King, horror as a genre, and Jack Nicholson misunderstanding how doors operate. When I was eleven, my father allowed me to watch the film with him in ten minute segments, every Saturday morning for around three months running. I guess in his own head this was a suitable way to defuse the potential destruction that such twisted cinema could have on his son’s tender cerebrum. But he did it because he felt that it was such a fine film, such a menacing, sinister work of art, that he may indeed have been committing a more reprehensible strain of child abuse by not exposing his drooling sprog to the film’s brilliance. And its an incredible piece of cinema, everyone agrees. Except King. King HATED it. Why? Because great as the film was, it missed the point of the book. The Shining is at its core a story about just that: Danny’s ability to Shine – to perceive, read, understand the thoughts and intentions of people (and things) around him, and in the world at large. How this gift allows him insights into the private worlds of others at a level that no five-year-old should ever have to deal with. When he stumbles on his parents’ contemplation of divorce, his father’s thoughts of suicide, the visceral power of those moments is nothing to do with ghosts or monsters or any of the typical fare of the horror genre, but simply the bewildered helplessness of a child grappling with a darkness that’s way above his pay-grade. Danny’s role as effective custodian of his mother and father as the Overlook Hotel works its insidious sorcery on them is where the real juice of the story lies – his heroic, unwavering loyalty to his father, even as the man tries to murder him. 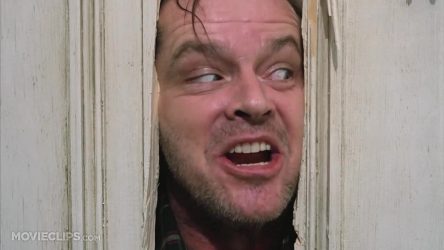 The point being, you can make an amazing movie from King’s books, while still missing the mark almost entirely. The 1990s miniseries of IT is another example of this, but luckily its aim is slightly truer, although ironically as a piece of cinema it stands the test of time far less well than Kubrick’s The Shining. Bill Denbrough, de-facto leader of the Losers Club and stuttering hero of IT, is a boy who is thrust into the tragic role of dealing with the guilt of surviving his younger brother Georgie, who falls prey to the trans-dimensional monster after which the story is named. Bill becomes a second-hand victim not only of the monster, but more acutely of his grief and that of his parents – physically embodied in his severe stutter and semi -dormant thirst for retribution, both of which awaken alongside the monster later on in his life.

The rest of the gang – Ben, Beverly, Mike and the other Losers – all grapple with childhood trauma which manifests itself in the fears, insecurities and guilt they carry with them under the surface of otherwise highly successful adult lives. King’s silver thread here is less about the monster, and more about how our experiences make us the people we become, and that there is a catharsis available to those who acknowledge and face the pain and fear that lives beneath the surface. It’s no coincidence that the monster IT resides in the sewers beneath Derry, manifests itself differently depending on whoever beholds it, and can only be beaten when its acknowledged as an idea more ethereal than physical, and fought as such. Some of this comes through in the 1990s miniseries, but the final confrontation with IT sidesteps the underlying theme of confronting fear, trauma and grief, and again retreats into the easier and more familiar horror trope of a ‘good guys versus evil monster final showdown’. 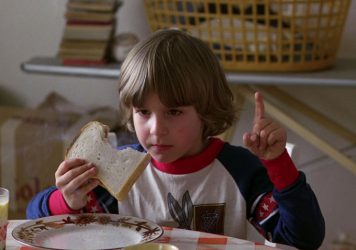 Thanks for sticking with me so far. And, to paraphrase King, if you’ve come this far, maybe you’re willing to come a little further. The Body was a short story that was included in King’s collection entitled Four Seasons, and subsequently adapted into the movie Stand By Me. It’s hard for me to say anything about The Body without lapsing into gushing hyperbole about the sheer, visceral remarkability of this story, suffice to say that in my opinion it should be required reading in every curriculum of every year of every school of every country on the planet. Anybody who has read this tale and doesn’t feel that Stephen King is more, far more, than a Horror Writer should immediately be admitted to some sort of correctional institute and subjected to vigorous bouts of electro-shock therapy. 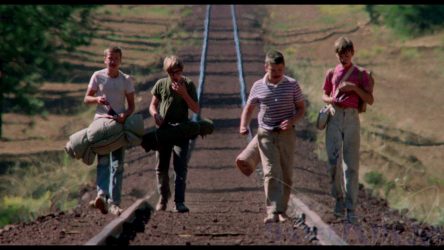 Gordie Lachance and Chris Chambers are two beautifully-drawn, downtrodden characters whose quest to discover the body of a peer who has been hit and killed by a train enables King to explore once again the alienation felt by children forced to cope with adult problems years before their time. For Gordie, it’s the early death of his elder brother, Denny, and subsequent devastation of his family- something he tries in vain to combat using the inadequate tool-set of a twelve year-old boy. Chris faces a different battle but one no less difficult and unjust: Trying to be more than the stupid, untrustworthy brat his small town has already decided he is destined to become. 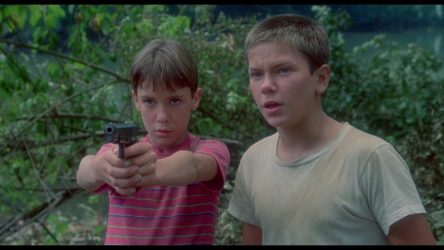 The 1986 adaptation of this story, Stand By Me, absolutely nails this and for that reason is one of the most successful translations of King’s work from book to screen. The body itself, whilst being the titular focus of the tale, only physically features in a few pages of the book and a few minutes of screen time – and rightly so. Because as the boys trek with their two other friends along the rail tracks to discover the scene of the accident, the corpse itself serves primarily as the means by which King explores timeless themes of hope, nostalgia, loss, and the yearning for an innocence and simplicity that perhaps only ever exists in retrospect. It’s a beautiful and achingly painful story, and one which deserves to be recognized as the work of a master of his art.

So, back to the start. In case you’re not the sort of person who spends a lot of time online trying to find out if anyone is in the process of remaking IT, then allow me to be the first to inform you that someone is in the process of remaking IT. It’s scheduled for release on Sept 8th of this year, and I anticipate this date much like many of King’s characters- with a mixture of hope, nostalgia and trepidation. The production cycle has been beset with numerous changes of writers, directors and actors, which is enough to make anybody nervous, but I want to believe that it’s going to be great, and for now, like Andy Dufresne in The Shawshank Redemption I’m putting all my chips on hope. I hope that the team working on IT look at the reasons why Stephen King is such a great writer, and see that it’s not because of the monsters he conjures up, but those he finds in everyday people: Those that feed off guilt, neglect, abuse and fear, and those that can be fought through hope, trust and friendship. These are human struggles at their most visceral and essential which, handled correctly, can leave an audience walking out of the movie theater feeling that a part of them exists in the characters they saw on screen, and that the drama of real life, if narrated well, is all the story they’ll ever need.