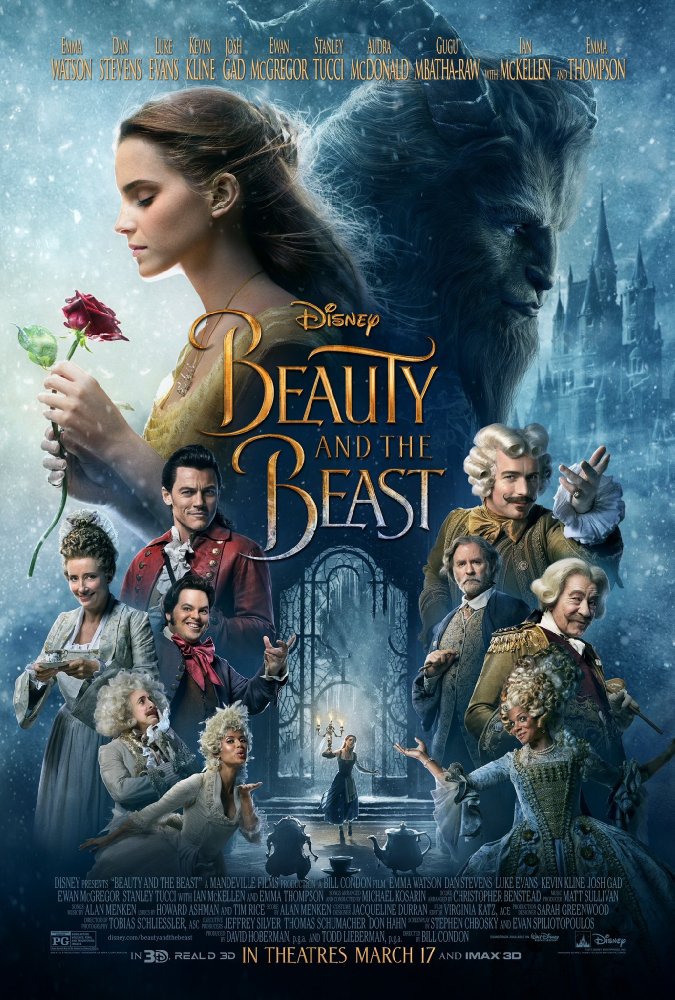 Disney proves, yet again, that you don’t actually care about how many reboots, remakes, sequels, or franchise films there are.

I get that I am not the audience for Beauty and the Beast. I am not a fan of musicals. I am not a ten-year-old girl who doesn’t care about plot holes or young women being held against their will. I do not find buffaloes attractive, not even rich, royal buffaloes. I do not care for talking, French candlesticks playing matchmaker. Why did I go see this movie, you ask? Because sometimes I don’t have the best ideas. Also, a lack of options that fit my schedule.

To be fair, I was curious if the movie was going to be a straight, live-action remake of the 1991 cartoon or give us a new take on a tale that isn’t even as old as me (yes, I’m aware that the actual story is something like 4,000 years old). The answer turned out to be an almost frame-by-frame remake of that cartoon, but with forty-five minutes of unnecessary filler mashed in, including at least two new songs that you will definitely not remember hearing. So, if you loved the cartoon and thought Maleficent and The Jungle Book remake were anything but soulless money grabs cashing in on your nostalgia, you should stop reading now and go enjoy the new Beauty and the Beast. Nothing about the movie will tarnish your memories of the original and you will probably enjoy the movie. For the rest of you, here’s a cynical look at a movie that kind of is asking for it.

The one thing that sets Beauty and the Beast apart from Disney’s other live-action remakes is that director Bill Condon and writers Evan Spiliotopoulos and Stephen Chbosky make no attempt to tell their own story, or even put a new spin on an old tale. As I’ve said in the past, remaking a movie shot for shot is a complete waste of time. What’s more, they managed to suck out all of the charm from the original movie, mostly by virtue of it being live-action. I’m not faulting any of the actors – they were just fine – but the characters were mostly devoid of character and the actors were stuck miming and repeating what we saw cartoons do twenty-six years ago. 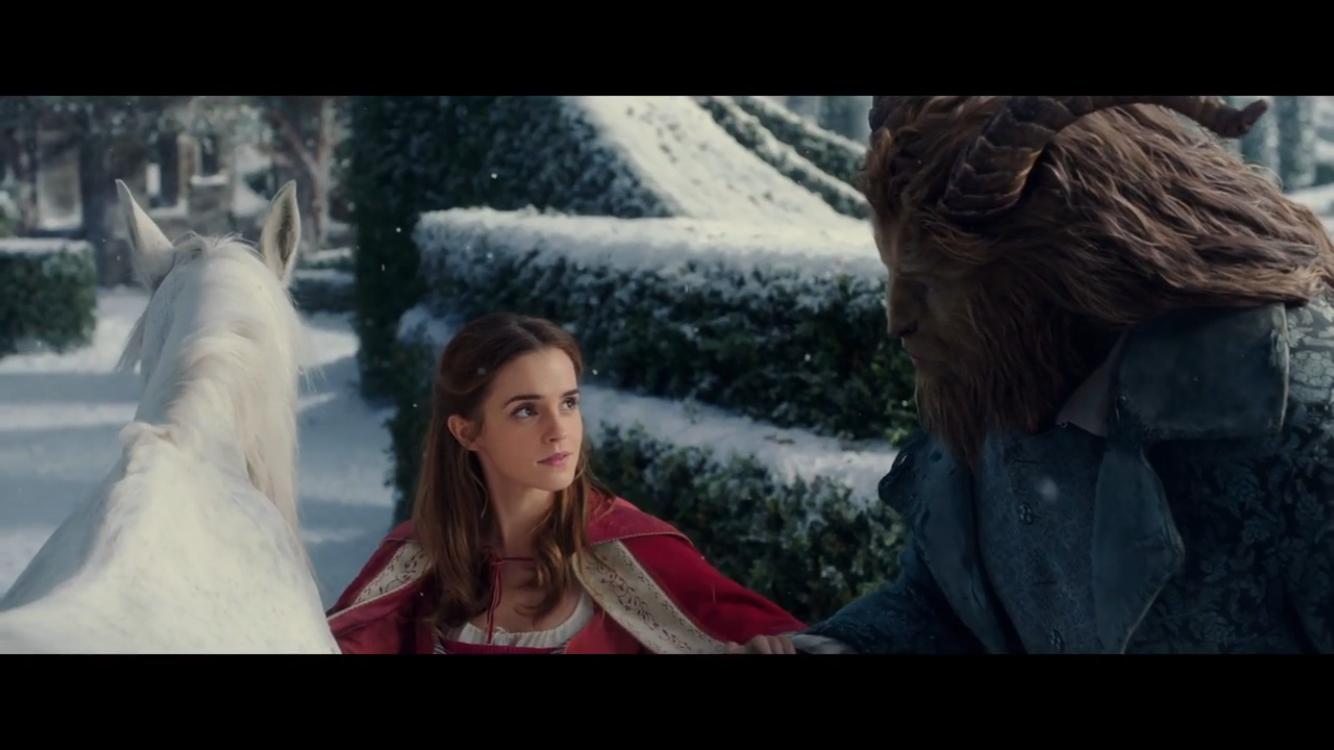 I wonder what they changed in the Matrix?

To begin with, the movie starts off on the wrong foot with opening narration literally describing what the audience is watching. When is this nonsense going to end? It’s bad enough to hear sports commentators on television describing the action we are watching with our own eyeballs, but those guys are incapable of enduring silence for longer than two seconds and do actually say interesting things in between the action. There is no excuse whatsoever for that to occur in a movie, especially because it’s planned out in a movie. There isn’t some bored, twitchy voiceover guy sitting on a sound stage just itching to fill an awkward silence.

Making matters worse, the writers decided to patch old plot holes (that nobody cared about) in the story of the cursing of the prince. Instead of cursing a child for refusing to let a scary stranger in the house (think about that for a moment), this remake hands us an adult prince who is a greedy, selfish, uncaring dick surrounded by others of the same nature. Yes, this movie is asking you to root for Belle (Emma Watson) to fall in love with a guy who is painted as a complete jackass. Cool.

Then, there are the servants-turned-household-objects who are nearly as loathsome as the prince. We get brief glimpses of these people sucking up to the prince prior to the curse, then watch them try to fast-forward Stockholm Syndrome in Belle while continuing to display their shallow and selfish traits that helped cause the curse in the first place. When Lumiere (Ewan McGregor) isn’t trying to make-out with a feather-duster (Gugu Mbatha-Raw), he’s bickering with Cogsworth (Ian McKellan) and wasting enormous amounts of food for a dinner party of one. And remember, they are all helping the prince hold Belle hostage, except the prince isn’t the one trying to force Belle to love him, they are. How sure are we that this isn’t really a horror story? 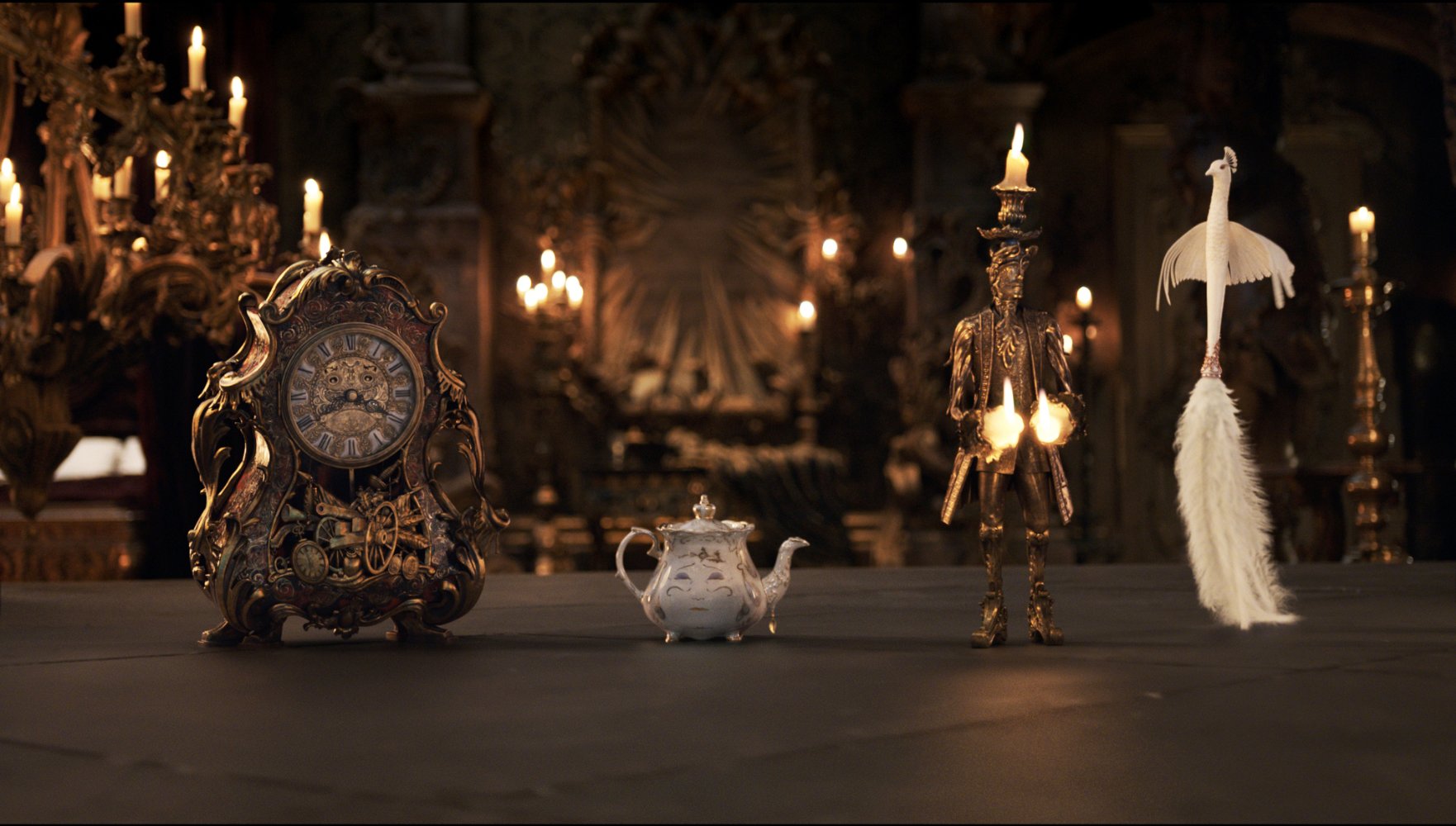 This is what they look like at their liveliest.

Besides the tweak of the curse, the one noticeable difference in the story is the wholly unnecessary telling of how Belle’s mother died. Who has ever wondered about that? In fact, can you name any Disney hero or heroine who had two parents at the beginning of the story and still had two parents at the end of the story? Most of the heroes have single parents or no parents or were made by woodcarvers. That’s kind of Disney’s thing. Belle’s mom’s death is so anti-climactic and unimportant to the plot and Belle’s persona that it’s not even worth a spoiler to tell you about it.

The last thing about the story is the scope of the curse doesn’t explain most of what we are seeing happen. The curse is that if the prince doesn’t find love before the last petal of the rose falls, he will remain a prince forever. So, why do pieces of his castle fall off every time a petal falls? And why are all of his servants cursed as well? And why do the petals fall off much faster in the last five days of the curse? And why do the servants turn into inanimate objects at the end of the curse instead of just remaining that way? I know, I know…I’m thinking way too hard about this story.

From a technical perspective, there were some serious issues with the film. In the opening song and dance number in the village, it is painfully obvious that the village is a sound stage and you can practically see the edges of it during later scenes. For $160 million, your movie shouldn’t look like an expensive version of your high school productions. Plus, part of the charm of the cartoon was how expressive and lifelike all of Lumiere and company were. This time around, those objects were anything but charming, even little Chip. Most of them came off like kitschy gadgets you’d order from SkyMall or possessed, tacky furniture from an estate sale. In short, they didn’t feel like trapped people, they felt like talking furniture.

Even the music kind of sucked, including the original songs (and not one was left out of this bloated musical), mostly because the sound mixing was awful. That might have had something to do with the fact that the only legal volume of sound in an IMAX is bleeding-from-the-ears, but many of the songs sounded like little more than noise. I also don’t think anyone bothered to coach the actors on how to act like they were singing or lip synch at all. Like with the sets, I shouldn’t be able to tell they aren’t really singing in a $160 million movie. 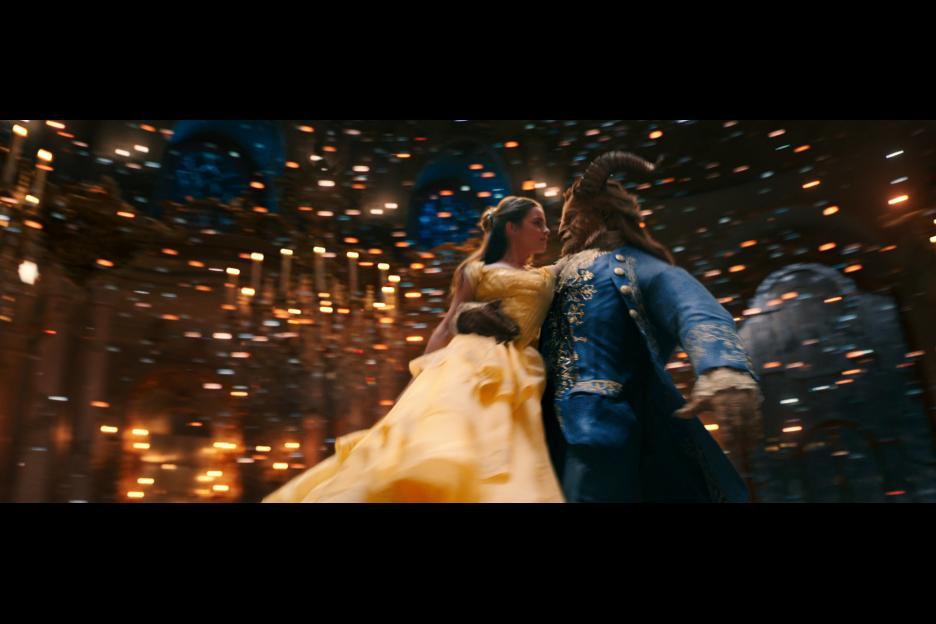 It only looks like that because your head is ringing.

Like I said, I know I’m not the intended audience for this film, so everything you just read is going to persuade zero people to skip this film. And that’s fine, as long as you promise me one thing – if you go see this movie, you will never, ever, ever (ever) again complain about reboots, sequels, franchise movies, or Hollywood’s “lack of creativity.” Because, when it comes to soulless cash grabs like this, you are their intended audience.

Rating: Do not ask for any money back, not because the film is worth it, but because you knowingly paid for a movie that reshot everything down to hand gestures and outfits.