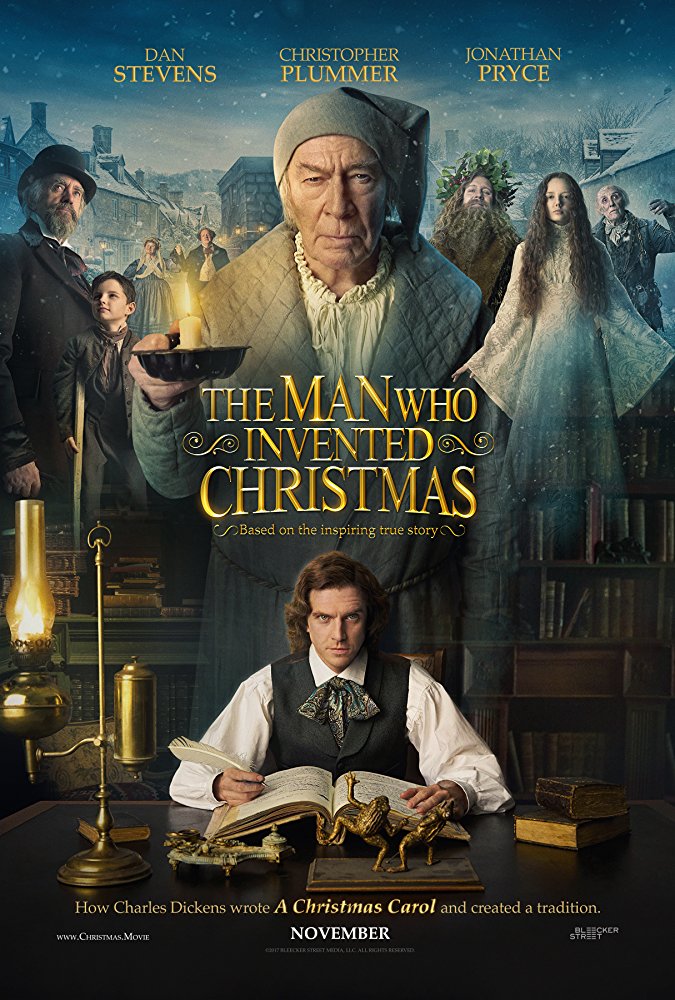 A tale of two stories.

When I was in high school, I was forced to read Charles Dickens’ A Tale of Two Cities and Great Expectations, only one of which I was able to finish (the former) and neither of which I enjoyed even a single page. Thus, I have no intention of ever reading A Christmas Carol because I like several of the film versions and the story in general and I don’t want it ruined by nineteenth century English prose. So, I had mixed feelings going into The Man Who Invented Christmas. On one hand, I was a little curious to see how the film would display his inspiration. On the other hand, Dickens sucks. As GOAT pointed out in his review, The Man Who Invented Christmas features great performances and set pieces, but has flaws.

The big flaw to me is in the writing, specifically in how the film tries to make Dickens (Dan Stevens) his own Scrooge. For most of the film, Dickens is caring and giving and tolerant. He takes in his recusant father, lends books to his servant, and gives money to the poor. If anything, he is the anti-Scrooge. But, imaginary Scrooge (Christopher Plummer) – all the characters are in his head, but visualized on screen for us (which was very cool) – and other characters keep pointing to him as the one needing the ghostly interventions to deal with his bad childhood. Not only is this nonsense, but detracts from the good story of the movie (Dickens actually conversing with his creation to create it) while coming across like something Dickens himself would have written. It probably goes without saying I will continue to not read Dickens in the future.

Rating: Ask for half of your money back unless you are a Dickens fan, in which case bah humbug.

(Note: GOAT reviewed The Man Who Invented Christmas in far more detail and probably enjoys Dickens more than I).