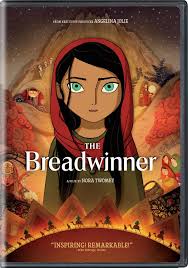 A horrific animated account of life under the rule of the Taliban in Afghanistan.

The Breadwinner is an animated movie. I generally avoid this type of movie, but even at my old age I’m trying to broaden my movie-watching horizons. This award winning movie was also nominated for an Oscar for best animated film of 2017. The animation was simple, stunning; the story sobering and terrifying.

This film depicts the reality of surviving the horribly oppressive regime of the Taliban in Afghanistan. Life in Afghanistan has always been tough, and it still was in 2001 if you didn’t have the right kind of junk dangling between your legs. 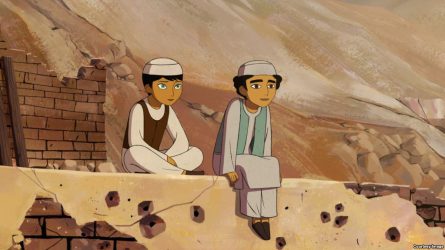 The plot of the movie was not complex. Parvana was an 11-year old girl whose father was suddenly and unceremoniously dragged away to prison for daring to read a book to his family. This family included his wife and two daughters, plus a male infant. It was strictly forbidden under Fundamentalist Islamic Spew for a female to go out in public without being accompanied by a male escort. They tried, but were met with angry groups of men with sticks, who beat them within an inch of their lives. This left them without the capability to even procure food and water.

Drastic measures were required. There was no male, except for her infant brother, so Parvana cut her hair, and dressed in her dead brother’s clothes. She did this to masquerade as a young boy in order to work and scrounge to keep her family from starving. She was joined by a former classmate Shauzia, who was doing the same thing. All females were former students under the Taliban as there was no education allowed for them. Keep your face covered, stay out of sight and keep your mouth shut. This is the way of Islam. Women were, and still are, just life-support systems for vaginas and reproductive systems under Islam. This is pretty much the end of the review, but I’m not finished writing. 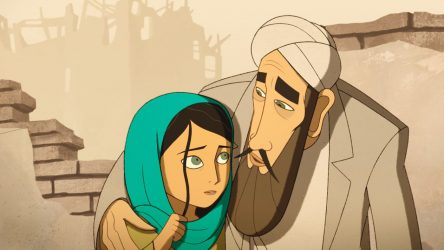 Just fuck religion, and especially fuck the horror that is Islam. Religion is the most evil and putrid concept ever dreamed up in the human imagination. Without religion, the insanity and cruelty that is vividly depicted in this film could not exist. Who fares the worst under religion? Women. Religion enables cowardly men to bully, subdue and enslave women. Islam is the worst, but all of the Abrahamic Religions follow the same line: Women are possessions with only one purpose in life-to serve the sexual, reproductive and domestic needs of men, their Lords and Masters.

Some of my few remaining Christian friends may be clapping with glee that I am finally sticking it to the evil terrorist Muslims. Guess what? Your cult is no better, you just for the most part live in a country that has more inherent freedom. Don’t believe me? Check out what the Tennessee Legislature did today, strictly from pressure from Christian Fundamentalists. This is nothing more than religion-sanctioned pedophilia. No problem! Christians are O.K. with this. Don’t believe me? Check election results or read your own pathetic Bible. 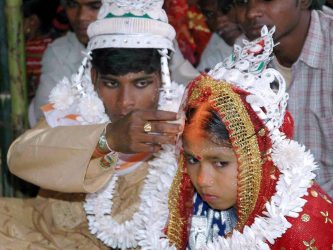 Look at the face of the happy Bride. Not creepy at all, is it?

They killed a bill that would ban child marriages for girls as young as 10 years old. This is in The United States of America. In Iran the age is 9. In Saudia Arabia it is also age 10. Feel better? The justification? Religion, of course. The putrid, vile, hateful and destructive institution of religion. These fundamental concepts that relegate women to be no more than possessions cannot be denied. Women, you cannot count on help from your oppressors to free you. You cannot count on your God to save you. You must resist this outrage at the ballot box and at the church that you attend. The status quo has not, and will not work. 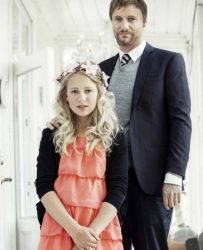 Ten year-olds, Dude. I wonder if she knows how to cook?

Those who attempt to rationalize and distance themselves from members of their cult who do horrific things get no ear from me. You are either a member of these hateful and destructive cults or you are not. A few bad apples do destroy the barrel, and the barrel of Religion is rotten to the core; none is as rotten as Islam. Misogyny has been a cornerstone of all Abrahamic religions and it prevails and flourishes today. Even today, in the USA, women’s rights are under attack every day. Oh, you’re not under the death-sentence of starving to death in your own house, unable to show your covered face unless accompanied by a male? Guess what? You are still under assault.

Face it baby-cakes, you ARE second class citizens. The sexual abuse and discrimination is so bad in this country that it dominates the headlines almost every day. The rationalization that Oh, things are so much worse over there is just the fallacy of relative privation. Men? There is no hope for us. Women? 53% of you voted for Donald Trump, half of you did not even bother to vote, and almost 5% voted 3rd Party or wrote in Bernie Sanders. All of this ensured the election of Donald Trump and the continuing influence of the American Taliban. 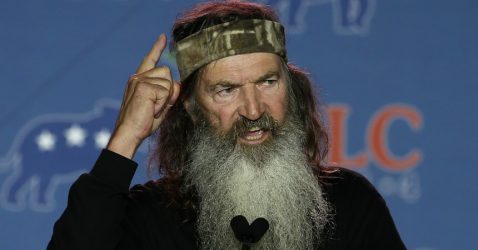 How any women can still embrace ANY religion, other than the gun to the head reality of being born into Islam, is totally beyond me. Men have no motivation to change. Why should they? You serve us and the religion that you cling to demands it. 1 Peter 3:6

The Breadwinner showed the crushing reality of being a female under the worst of possible circumstances. For these girls and women it was about their very survival. It was a devastating film that will probably soon be forgotten. Don’t like my words? Tough. If you are a Christian or a Muslim, then you must embrace them or admit that you are a hypocritical fraud. There are not many Frances McDormands or Allison Janneys out there, so please bring me my slippers, my pipe and a beer, and keep your female mouth shut. Thank you. Enjoy the movie.