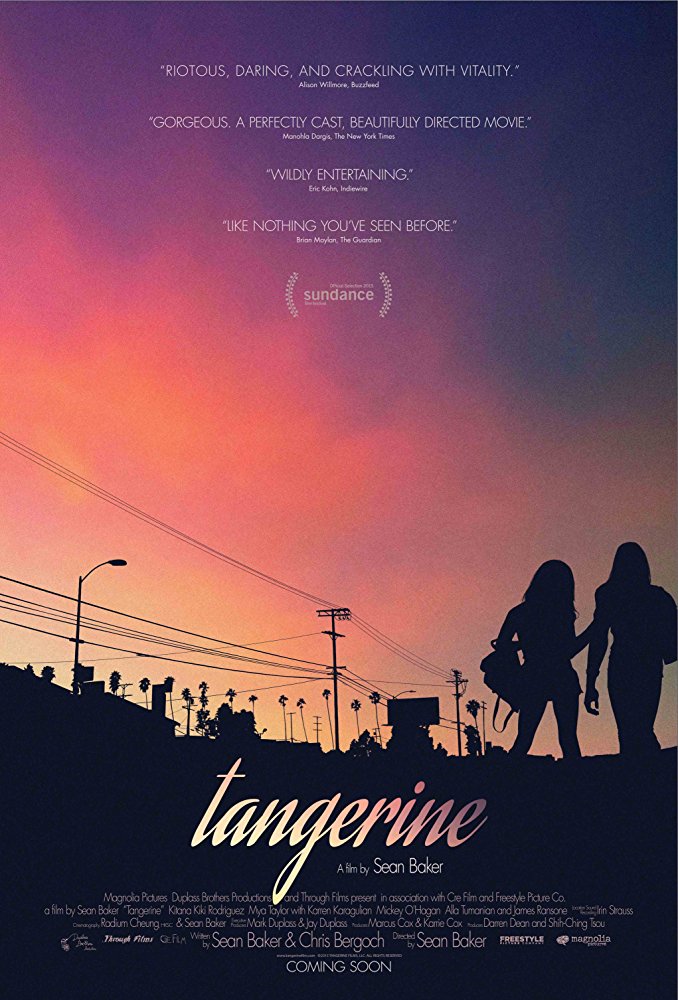 This is like no Christmas Eve you have ever seen as a transvestite hooker tears through Hollywood looking for a skanky ‘ho and her cheating Chester.

I was so impressed with Sean Baker’s The Florida Project that I immediately checked out his other film, Tangerine (2015). I was not disappointed. Tangerine is an indie film that was made entirely with an iPhone 5. Unbelievable. This gritty film is about a couple of transvestites, a Donut Shop, and an Armenian cab driver with peculiar family values. It chronicles the events on Christmas Eve in Hollywood California from the perspective of working girls and working men.

Cin-Dee (Kitana Kiki Rodriguez) was chilling with her best friend, Alexandra (Mya Taylor), after a 28 day holiday in jail. They were enjoying a Christmas Eve donut when Alex let slip what everyone on the street already knew. Chester (James Ransone!), Cin-Dee’s boyfriend and pimp, had been cheating on her.

What made it worse was that he was cheating with a fish, a woman with a real vagina! The outraged Cin-Dee immediately went to Defcon 1, tearing through Tinsel Town with the subtleness of a Tasmanian Devil. She was on a mission to find that cheating Chester and the bitch he had been fucking (Diana/ Mickey OHagan). Alexandra chased behind her, trying to calm her down, in between handing out flyers for her audition at a nightclub. 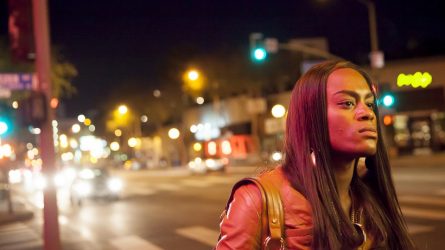 In a parallel story we had Razmik (Karren Karagugilan), an Armenian cab driver with a family and peculiar sexual tastes. His daily routine toggled between boring, disgusting, and downright kinky. One hilarious scene after he had picked up a prostitute culminated in his outrage when she did not have the “equipment” he was looking for.

Things all came to a crescendo Christmas Eve night when all the film protagonists assembled at the fateful Donut Shop. Mother-in-Law suspected that Razmik was fooling around, and she was not happy. Neither was the poor Asian girl who was behind the counter at the Donut Shop. You just have to see the scene to believe it. 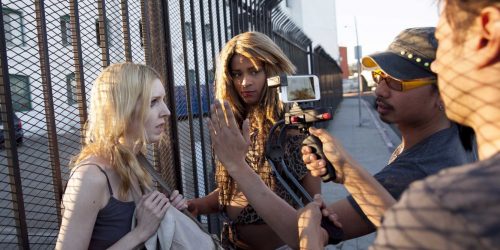 Yes, this film was shot with an iPhone. We are not worthy.

Tangerine was brazen, hilarious, extremely intriguing and heartbreaking. The action was brisk and non-stop, especially Cin-Dee’s mission to find the skanky blonde who was cheating with her man. In a series of scenes reminiscent of John Wayne dragging Maureen O’Hara around the Irish countryside in The Quiet Man, Cin-Dee found and dragged the hapless Diana around the town like a rag doll. This interaction was both hilarious and brutal. After all of that Cin-Dee even showed compassion and forgiveness towards Diana. Along with the fast-paced action, the street dialogue was relentless and delicious. 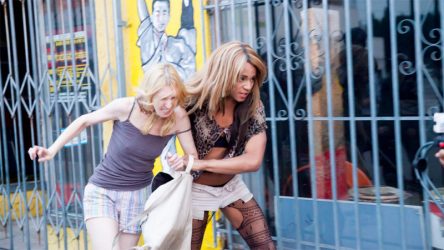 I don’t want spoil anything about this great film, but the showdown scene in the Donut Shop was one of the greatest final scenes in cinema history. It was shot on an iPhone! The acting was incredible and the story offered a slice of life that Sean Baker is becoming famous for. None of these characters are anyone we would want to hang around with in real life, but they were so captivating that you immediately become sucked in to their situation. There were no cheap shots or gratuitous judgemental behavior shown in this film; and never once were these characters not completely believable. 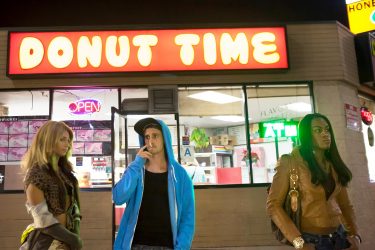 I highly recommend this wonderful film which is available for streaming on Netflix.

9.5/10.0 with The Goatesian Seal of Approval for Family Values.