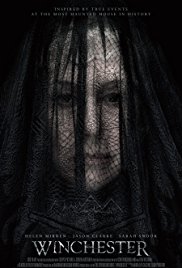 A failed attempt to make the Winchester Mansion into a horror movie.

Winchester (2018) is a movie that was based on the true story of the heiress to the enormous fortune of the Winchester Rifle Company. The great Helen Mirren plays Sarah Winchester who lived in an ever-expanding creepy mansion that she was convinced was haunted by the ghosts of the humans retired by her dead husband’s firearms. This mansion exists today as a tourist attraction, contains 160 rooms, with no rhyme or reason, and features stairways not to heaven, but to nowhere.

Nowhere is a great adjective to describe where this movie goes. In spite having two great actors, Helen Mirren and Jason Clarke (Dr. Eric Price) , again it is demonstrated that great actors cannot salvage a horribly flawed and weak movie. This movie was tragically bad and flawed on every level. 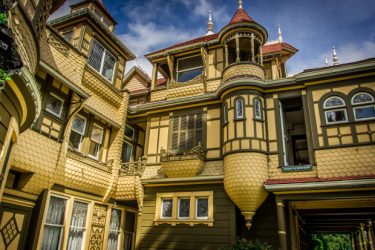 Dr. Price was a full time dope-head and a part-time psychotherapist who was hired by the other shareholders to determine the mental status of the widow Winchester, and rightfully so. He was absorbed immediately by the Mansion Mistress (who confiscated his drugs) and the lure of big money for a favorable assessment of the crazy Ms. Winchester.

Dr. Price’s assessment is clouded by his own demons and hallucinations, not the least of which are probably caused by his Laudanum withdrawal, so he is as wacky as the other characters in this mess. Speaking of messes, this movie is one. It is not scary, it is not intriguing, it is simply boring. I’m not going to go much farther here with spoilers and other goodies as this film is not worth it. In a word, just avoid this failure. 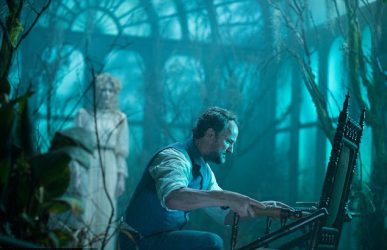