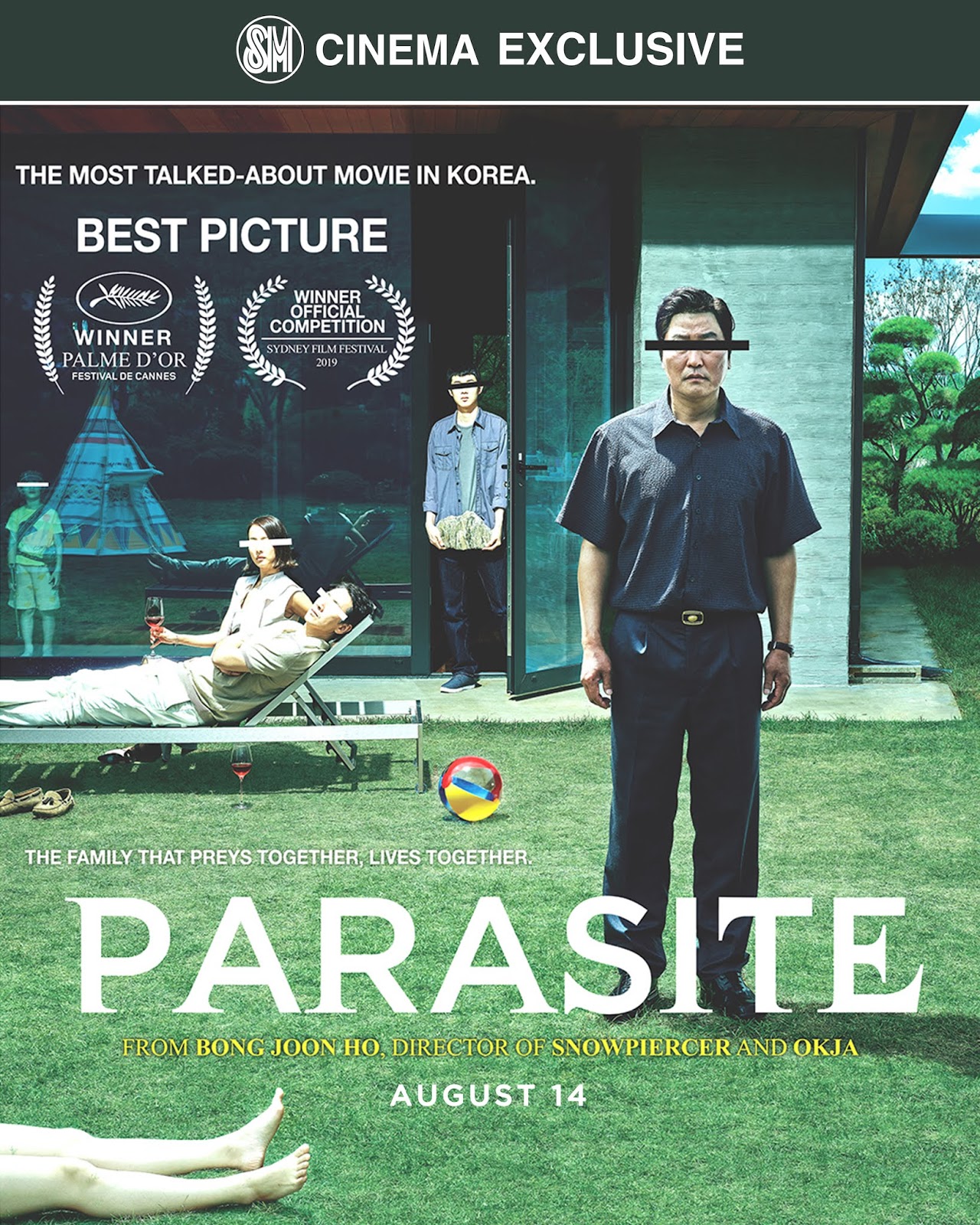 The Haves and the Have Nots

Until the night I saw Parasite, I had been struggling to decide what my favorite movie so far this year has been. There have been many contenders, from highly anticipated sequels like John Wick Chapter 3: Parabellum and Avengers: Endgame to wild, weird arthouse flicks like Midsommar and Relaxer, not to mention the feature film follow-ups to Deadwood and Breaking Bad, two of the best TV series of all time. Out of all those excellent titles and more, though, I did not have a clear-cut favorite, a perfect Movie of the Year that unequivocally stood out from the pack. I was beginning to think something was wrong with me, but it turned out I just had not yet seen that one flawless, brilliant, endlessly fascinating movie that I could not stop thinking about. That movie is Joon-ho Bong’s Parasite.

If you are planning to see it and have not yet had the chance, you are advised to stop reading now. I believe it is best to see most movies with as little advance knowledge as possible, but that has never been more true than in this case. This was an incredibly sharp screenplay in which every detail had subtextual meaning. Every bizarre circumstance and interaction between characters, however hilarious or gruesome (or both), fed into the larger points being made about class warfare, the way those at the bottom of society will hurt each other in order to please (and ultimately to become) those at the top. As Kim Ki-woo (Woo-sik Choi) said repeatedly in the film, it was all very metaphorical.

Ki-woo lived with his sister, Ki-jung (So-dam Park), and their parents, Ki-taek (Kang-ho Song) and Chung-sook (Hye-jin Jang), in a basement-level hovel, assembling pizza boxes for a delivery company and pirating their neighbors’ wi-fi. Ki-woo’s friend Min (Seo-joon Park) was revered by the whole family because he had managed to rise above their impoverished circumstances to work as an English tutor for Park Da-hye (Jung Ziso), the eldest child of a wealthy family, the Parks. At the suggestion of Min, Ki-woo took over this job and quickly found a way to insinuate not only himself but also Ki-jung and, eventually, their parents into the vastly more comfortable life the Parks enjoyed.

The Parks represented the upper class, living as they did literally above the basement-dwelling Kims. Their house was beautiful, clean, and well lit, with a big picture window at the front, as if to serve as inspiration for the aspirations of the lower classes. Viewer empathy for the Kims was naturally created right from the start by the simple fact that anyone might resort to desperate measures for the chance at living in such luxury. This empathy was tempered by the clever scheming that enabled the Kims to strategically replace members of the Parks’ staff in the housekeeping and transportation departments with themselves. In this way, they were the parasites of the title, supplanting those of their own social caste to reap the benefits of their employment circumstances and prey on the employers.

The Parks were parasites as well, in their own way, having developed and become accustomed to a lifestyle of constant service provided by their trusted lower class counterparts. The man of the house, Dong-ik (Sun-kyun Lee), in particular, seemed to relish his position of power over the subordinate class, as he spoke several times of “the line” not to be crossed by his employees and, in one very striking scene, fetishizing for his own sexual gratification the very (imagined) transgression that had led him to fire his former driver and replace him with Mr. Kim.

The Parks were never consciously cruel toward their “help” so much as just callously oblivious to their shared humanity. In their near-total reliance on the servant class, they could be seen as victims of the same parasitic capitalist system as well. When Ki-woo and Ki-jung first made their moves to become essential to the Park family, they adopted the more Western names Kevin and Jessica, and fabricated backstories for themselves at American universities, subtly implying an inflated social standing that would allow them to better fit into this high society.

The stark difference in the situations of the two families was beautifully illustrated in a sequence midway through the movie that showed how differently something as simple as a heavy rainstorm affected each clan. For the Parks it meant the mildly disappointing cancelation of their camping plans, while a neglected open window at the Kims’ basement home meant the loss of all their meager possessions and temporary homelessness. It was during this ingeniously choreographed rainstorm sequence that the lowest rung on the social ladder was revealed. Below the surface-dwelling upper class represented by the Parks, below even the basement-dwelling working class of the Kim family, there was a sub-basement class hiding far below the pristine floors of the Park household, completely unknown to them for years in the same way affluent city-dwellers learn almost not to even see the homeless and often mentally ill panhandlers at their very feet.

This was the turning point in the movie, when everything began to come to a head. The viewer could particularly see the long-simmering rage building below the stoic face of Mr. Kim as he grew more and more self-conscious about the subtle but pervasive musty basement smell noticed by the Park family on each member of the Kim clan, the stench of poverty from which he had hoped to escape for his entire life. His violent attack on Dong-ik late in the movie was cathartic, but at the same time no less misguided than the secret worship lavished upon Dong-ik by the sub-basement-dwelling Geun-se (Myeong-hoon Park). Whether the subordinate class worships its masters or rises up and kills them, the system of economic enslavement and exploitation remains in place, changing only in the specifics of its individual victims. In this sense, the title perhaps refers to capitalism itself as the vermin bleeding all of us dry even as it sustains us with unattainable dreams of a better life.

The genius of Parasite, though, was that it never made any of these heady social ideas explicit or obvious, opting instead for a playful tone and remaining constantly entertaining from start to finish. There was way too much going on in this movie to unpack in a single review of any reasonable length. It felt like the kind of script in which every detail and nuance had a wealth of subtext, and the kind of movie that could endlessly reward repeat viewings. The trademark surprising slapstick and meticulously orchestrated setpieces of previous Bong movies like Memories of Murder, The Host, and Snowpiercer have never been better than in this one, but it was the obvious empathy and warmth felt for the characters that brought unexpected poignancy to the ending and made this his best movie yet, as well as the one to beat for the title of Movie of the Year.