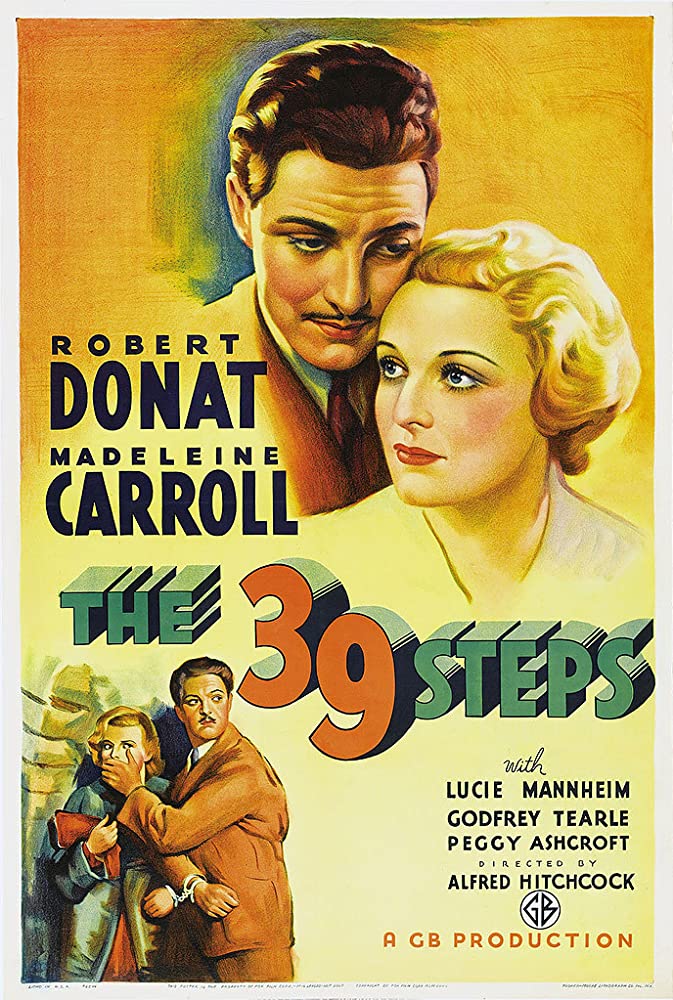 Hook up with a spy girl, get wrongfully accused of murder.

The Grandfather of all Spy Films. Without The 39 Steps, no Bond. No Bourne. No The Fugitive, the most obvious modern descendant of this film, which truly established Hitchcock on the map of international cinema.

Fair value of The 39 Steps: $20.00. It’s must-see cinema, in the same way as Star Wars, Die Hard, or Metropolis. This is the genesis of an entire genre, the film that establishes the language and tropes of the spy thriller. If The 39 Steps seems familiar to you, it’s because it’s one of the very few movies that’s been copied and imitated endlessly since it was first made.

The Plot’s Afoot: Richard Harray (Robert Donat) has a one night stand that turns sinister; the women who regales him with tall tales of espionage is murdered in the night, and he’s accused of the murder. And it’s off to the races with one of Hitchcock’s fleetest and most nimble films. The cinematography is vivid and stylish, deftly lifting the techniques of German expressionist cinema (Lang and Murnau).

The 39 Steps is a film that does not slow down. Either it’s straight up action, or it’s the intrigue of hunter and hunted, of parsing who knows and who has been duped, and which lies are believed and what truths disregarded.

Who is this film perfect for? Any person who likes spy films, or thrillers, or films about fugitives on the runs, needs to see this film. It’s central and essential to the genre, a key milestone in what a thriller film is.

Who will not like this film? Compared to all of the films that have followed it, The 39 Steps is low budget. No really huge stunts, no well-choreographed fights.

What works in this film? Because The 39 Steps was in a time before there were well-established conventions of cinematic genre, it is all the more thrilling because it steps outside of genre. The film pivots from tense thriller to screwball comedy and back again in minutes, with every actor giving their lines with perfect timing.

Is this film worth re-watching? You’re only semi-literate in film if you have not seen this one. It’s a master class in editing, cinematography, and cutting to achieve a film that never takes the audience’s attention for granted, not even for a second.