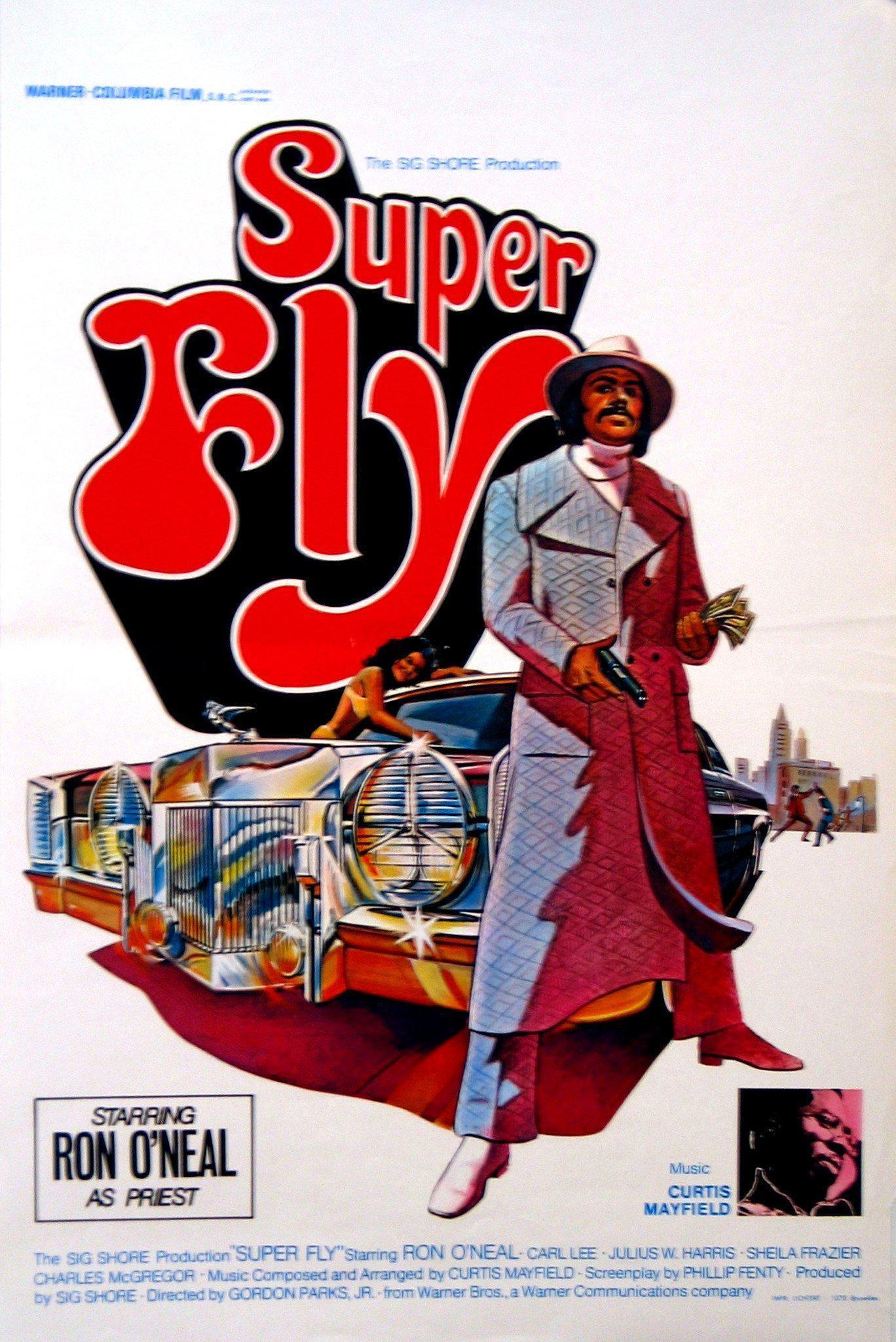 Coke, afros and a bit too much restraint in 1970s New York

What the hell are these cats up to? A successful Harlem coke dealer with the extraordinary name YoungBlood Priest (O’Neal) wants one last big deal before going straight. His partner Eddie (Lee), who appears to be doing an impersonation of Sammy Davis Jr. throughout, wants to stay in the game.

Stop groaning at the back there.

Do I dig the threads? They say roughly twenty percent of people are good looking, but in the early 70s I reckon this figure plummeted to about four percent. Frankly, I find it a bit of a surprise that the human race managed to continue given how bad the majority of folk looked. Now some of the ladies are tasty here, but the men… Oh boy, they are in serious need of a makeover.

Youngblood is typical. I mean, what is up with this dude’s hair? He looks like his barber has been attacking him with a pair of garden shears. Plus, he’s got his shoulder-length, straggly locks backcombed, which only emphasizes his receding hairline. Chuck in triangular sideburns, an awful handlebar stash and a fondness for turtleneck sweaters and he sure as shit doesn’t look cool like any self-respecting black drug dealer/pimp should. His fedora is his only stylish asset.

Elsewhere, mile-wide lapels and shirt collars that routinely touch the edge of shoulders are the norm. One waitress has an afro so unfeasibly large that if she ever wanted to become a Grenadier Guard she’d surely be ahead of the other applicants on the basis of being able to supply her own bearskin.

How are the bitches and hos treated? Introduced in bed with a bare-ass naked white chick sprawled next to him, at first it looks like Youngblood is your typical black stud. Shortly afterward he gets it on with a classy black girl during an overlong (and very soapy) bath scene. Both girls are heavily into him, but it’s pretty clear he’s in love with the black one.

In other words, he’s gone soppy.

This corruptive female influence is probably why he’s no longer got any stomach for pimping. These days he just threatens to put a junior dealer’s wife on ‘whore’s row’.

Not once does he rough up a lady. “Just do what I tell you,” is the meanest thing he shouts at a chick all movie.

Are any hard drugs injected into eyeballs? Youngblood is a coke fiend, frequently using the silver ankh around his neck as a de facto coke spoon. Somehow this doesn’t affect his decision making or general grasp of what’s going down, suggesting daily coke ingestion can be part of a healthy, productive lifestyle.

Depictions of junkie suffering are generally avoided, although a would-be mugger is shown throwing up after being repeatedly kicked in the guts by our hero.

One dealer is given a fatal OD by a bent cop, although as the junk rushes through his system he does toddle off to la-la land with a big grin. In his line of work, I guess there are worse ways to go.

Best jive talk: At one point Eddie is in Youngblood’s apartment discussing his plan to get out of the drug trade. “You gonna give all this up?” he says. “Eight-track stereo, color TV in every room, and snorting a piece of dope every day? That’s the American dream, nigger.”

I had no idea that Yanks, black or white, could possibly have such pitiably low goals.

“It’s a rotten game. The only one The Man left us to play. That’s the stone cold truth.” Eddie again. It’s always great to hear rich, self-pitying drug dealers bitch about the ‘game’ and ‘The Man’.

“I’m gonna live like a prince, a fucking black prince.” Eddie’s obviously perked up a bit.

“He might’ve popped a cap on your ass.” I believe Youngblood is politely advising Eddie that he flew a little close to the wind.

“If I quit now, then I took all this chance for nothing and I go back to being nothing, working some jive job for chump change day after day. If that’s all I’m gonna have, they’re gonna have to kill me.” Youngblood takes a long, hard look at his options.

“You don’t own me, pig, and no motherfucker tells me when I can split.” Youngblood shoots the breeze with a member of his local constabulary.

Does it have funky music? Oh my god, yes. Curtis Mayfield’s ace score permeates this ninety-minute flick and at times it plays like a personal promo. There are even a few minutes of the man himself belting out groovy tunes in a club that Youngblood visits, neatly dismantling the notion that all black folk have natural rhythm. Christ, he’s a stiff dancer akin to a sober me at a school disco circa 1985. Dancing aside, Mayfield’s anti-drug blend of soul and funk speaks for itself. In fact, it’s one of the best reasons to watch.

Is there a racist cop keeping the brothers down? Half the movie’s gone before we see any NYC cops and the two who show up are a disgrace to the uniform. Namely, they treat two black dudes fighting on a piece of waste ground with respect and due procedure. They break up the fight, handcuff them and don’t shower them with racial abuse.

Even when one cop radios in the incident, he refuses to do what’s expected by referring to the perps as ‘two male Negroes’. Wash that man’s mouth out with soap and water and start smearing it with racist shit instead.

However, in the next scene, a bunch of burly white detectives set things right by beating the fuck out of one of the recently arrested brawlers. “I don’t wanna waste my time and the court’s money on a two-bit piece of shit like you,” the chief goon yells as the others stand around in an interrogation room, “but with your record, nigger, I could put you away for twenty years.”

This is promising, but it turns out these violent cops aren’t motivated by the fun of racist abuse. They’re corrupt, you see, and would probably treat a white perp in much the same way.

How many pimps are roaming the hood? None, barring Youngblood and he’s crap at it.

Is Super Fly any good? If the title means anything, I must have missed it. Anyhow, it’s got a great soundtrack and uses its NYC locations well. The acting’s reasonable and the dialogue has its moments. Financially, this was a very successful movie, spawning an immediate sequel and a remake. It’s padded in places, best demonstrated by a three-minute series of still photos showing drugs being sold and taken as Curtis Mayfield sings Pusherman. Of course, the story’s old hat, but that wouldn’t have mattered if there were a bit more action. It definitely needed more nastiness.

Do I now have a Tarantinoesque urge to be black?

Youngblood drives a really cool, souped-up silver Roller that I believe is referred to as a pimpmobile (I’ve only got a bicycle, although I am thinking of adding a bell quite soon). The man’s handy with his fists and is a yellow belt in karate, dealing with everything from junkie muggers to pig cops. As for his love life, he’s got two women on the go, good-lookers who always put out. He’s also got 150 grand stowed. I don’t even wanna think about how much that is by today’s standards, but it’s fair to say he’s doing better than me.

To add insult to injury, he’s a smart, clear-sighted dude, too. He knows if he stays in the game, he’ll get killed sooner or later. Hence, his desire for one last big deal that will enable him to stop looking over his shoulder and sleep soundly at night. When his black girl asks him what he’ll do when he gets out, he says: “Not so much what I do as having a choice, being able to decide what it is I want, not being forced into a thing because that’s the way it is. I’m gonna buy some time, baby, time that isn’t fucked up with the things I gotta do.”

So, yeah, I wouldn’t mind walking in this cat’s shoes for a couple of weeks. At the very least I fancy changing my name to Youngblood Priest.

Dave Franklin has written a dozen books or so. We are not talking about James Joyce, these books are short novels and easy reading. You can find them at amazon.