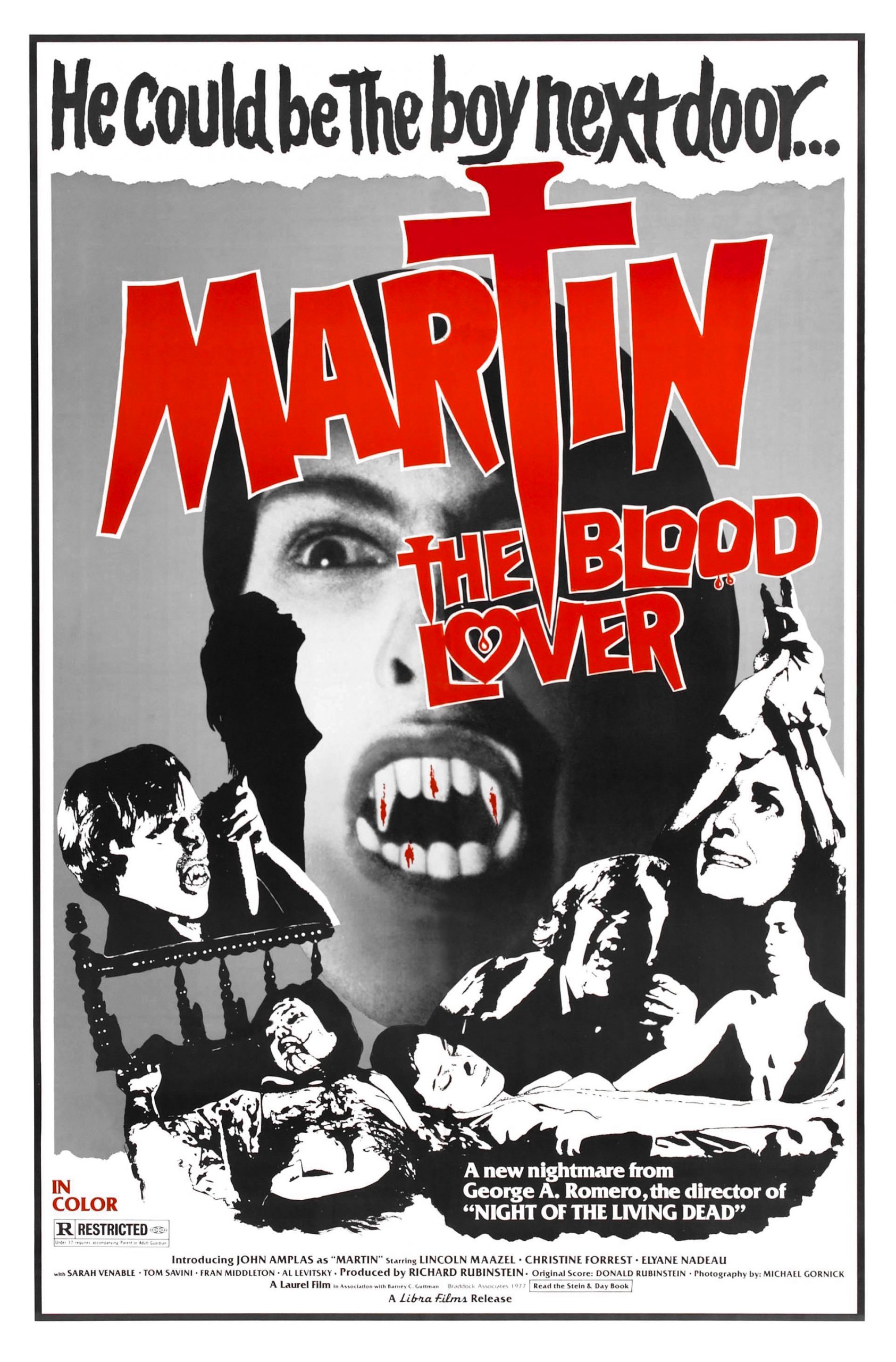 A serial killer tries to work through an identity crisis

Martin on the hunt with a syringe clamped between his teeth is one of the great sights of 70s horror.

We know he’s a serial killer, but is he a vampire?

As played by the superb Amplas, we never get a telling answer. The movie continually toys with conventions and expectations so that facts and illusion blur and become almost irrelevant.

What matters is what you believe.

Martin’s an extremely troubled young man, though. He’s lonely and, at the very least, suffering from a deep-rooted, psycho-sexual problem that results in the urge to drink blood. During the movie’s claustrophobic, near-wordless, erotically charged opening aboard a night train, we become familiar with his killing technique. Having chosen an attractive victim, he squats outside her cabin to pick the lock. As the door opens, he imagines her in white lingerie throwing open her arms for a passionate embrace, but instead she’s flushing the toilet, wearing a face mask and blowing her nose. He sticks her with the needle, but the ensuing struggle results in her calling him a ‘freak asshole’ while he pleads: “I just want you to go to sleep.”

A ritualistic murder follows that involves undressing the unconscious woman, tenderly placing her arms around his back, kissing her unresponsive body, slitting her wrist with a razorblade, enjoying the shock of warm blood spurting onto his pale chest, and feeding.

But once it’s over, Martin neither gloats nor seems sated.

The next morning we see why he’s been getting away with such ghoulish practices for so long. People simply don’t take any notice of a slim, floppy-haired boy with his mild overbite, everyday clothes and pronounced lack of threat.

When he gets off the train to meet Cuda (Maazel), his elderly, deeply traditional Catholic cousin, it’s the old man who seems like a whack job. Dressed in a white three-piece suit and leaning on a cane, he tells his boarder in heavily accented English: “Nosferatu! First, I will save your soul. Then I will destroy you.”

The guy’s so straight laced and pompous we almost laugh, even though we’ve just witnessed Martin’s vampirish, necrophiliac behavior.

But if the old man’s convinced Martin is a vampire, how come he’s walking around in daylight? How can he bite into garlic and run a crucifix over his face? Why doesn’t he ever sprout fangs?

During his stay with his glowering relative, we hear talk of the ‘family curse’ and a history of insanity as Martin has black and white 19th Century visions of being chased by torch-carrying villagers.

Are these memories or yet more fantasies?

Perhaps Martin’s simply been convinced over the years by his unstable family that he’s a supernatural creature. Is his terrible rite with the syringe and razorblade down to rampant mental illness, a compromised attempt to accept his true nature or the result of conditioning?

Throughout it all, Martin just wants to establish the truth. He knows there’s no such thing as ‘real magic’ and that the depiction of movie vampires is nonsense. He’s glad when Cuda’s granddaughter agrees with him, but when she asks how old he is, he replies with apparent sincerity ‘eighty-four’.

This is an unpredictable horror movie with an unusual feel. Built on Romero’s very intelligent screenplay, it mixes up delusion, reality, beliefs, actual behavior and fictional portrayals surrounding vampire lore. A good example of this is Martin’s late night conversations with a radio talk show host in which he lays bare his dislocation and bloodlust.

The DJ, of course, thinks he’s an entertaining crank and refers to him as ‘The Count’, happy to milk his pain as long as it keeps boosting the ratings.

Amplas, who went onto a sporadic career in inferior horror flicks, at least excels in his debut. He’s a naturalistic actor with a very expressive face putting in a creepily convincing turn that pulls you in many different directions as you try to get a fix on the character. He’s often dreamy and vacant, a state that suggests mild retardation, yet sometimes has eyes brimming with knowledge beyond his years. One minute he’s like a gawky teenager, the next he’s become an experienced prowler and housebreaker, capable of overpowering a stronger man with his resourcefulness and determination.

And, oh, that sledgehammer ending!