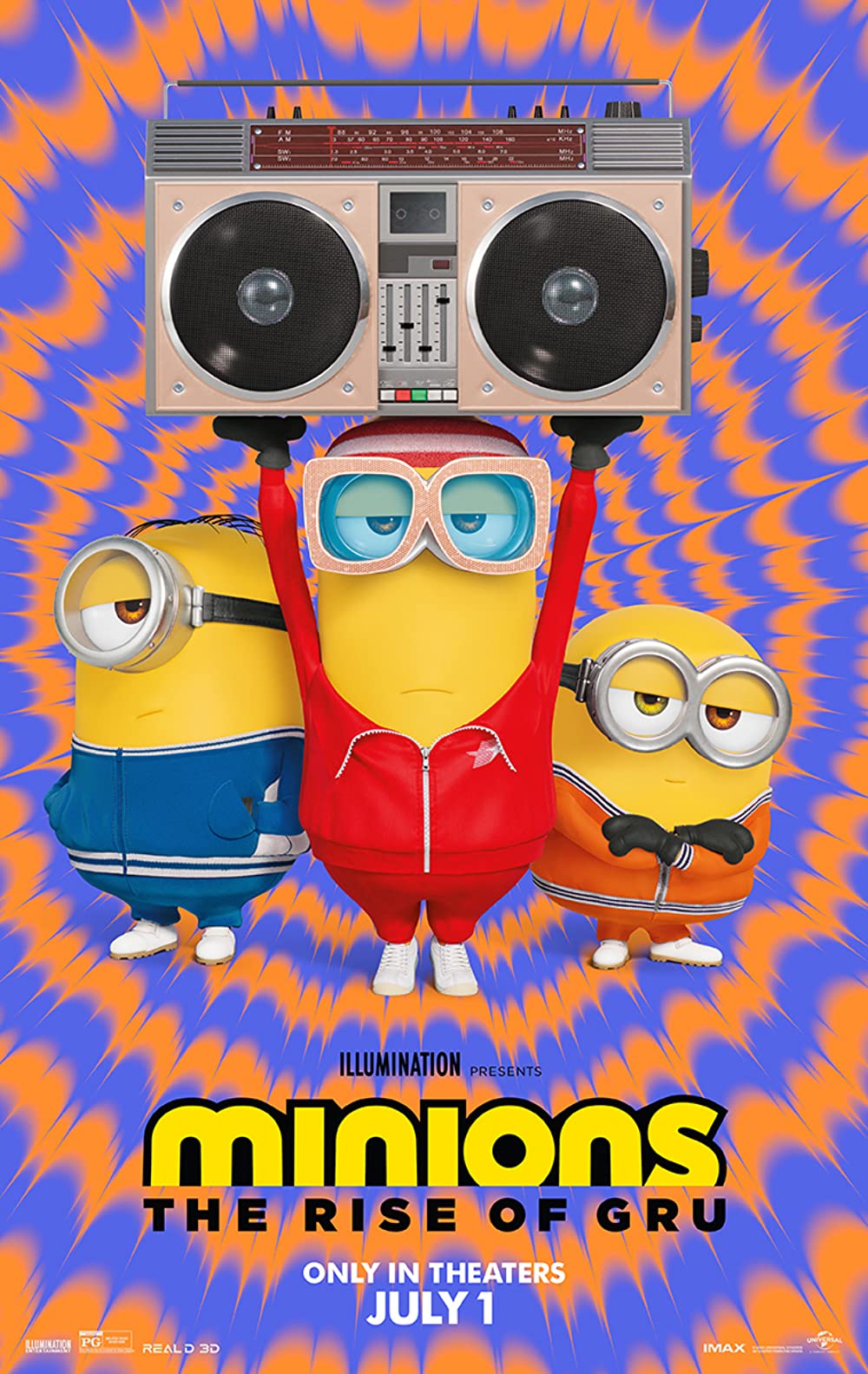 Actual thoughts from my actual child

Actual thoughts from my actual child.

What number is this movie for minions?

I don’t either. What’s this one called?

It’s called…Minions: The Rise of Gru.

Is Gru an adult or a kid in this one?

Tell me what the plot of the movie is.

Okay, so…so, yeah, Gru is a kid and he got his minions, his ugly yellow toddlers [laughs at his own joke], and he thought he got an invitation to go to the team of criminals called the Vicious Six.

Oooh, who are the Vicious Six?

A disco girl, an old guy, a short guy…and a lobster guy, and a metal arm guy. And an old guy.

I was kind of falling asleep during the movie, so you have to tell me. I don’t remember who they are.

Well there were five, and the other guy left.

[both muttering and counting on their fingers]

Oh no, and there was that church lady!

Oh yeah! Nun-chucks! I do remember; they all had funny names.

And the Vicious Six thinks he’s weak and he can’t do it because he’s a child.

Does he give it right back to them?

Nope. He gives to his minions to hang on to. And then, like…yeah.

And because minions are kinda dumb, they lose it?

So the movie becomes about getting the artifact back?

No. The Vicious Six wants to find Gru to get the thingy back.

Isn’t that what I just said?

Okay, so is the movie more about Gru than minions?

Sort of. Not really?

What are the minions doing this whole time?

They’re trying to get the artifact. And three of them attempt to learn kung fu.

I feel like ugly yellow toddlers wouldn’t be very good at kung fu.

Yeah, but the short minion that tries is really cute.

Is cute part of a kung fu strategy?

What three minions are the main ones?

Is there a Dennis?

Wasn’t there one named Otto?

Otto is the one that loses the thingy.

So, everything is Otto’s fault.

Without giving away spoilers, tell me about the climax.

Well the Vicious Six got the thingy at the Chinese new year in Chinatown. [yawns] and then they used the power in the thingy.

Because it was cool.

Do you think this movie does a good job of explaining how Gru becomes a super villain?

What did it not do very well?

Well the movie was only one age of Gru.

So do you think there should have been more years of Gru?

Yeah, that’s what I was expecting.

Were there any good gadgets in the movie?

Oh yeah. The sticky hand. It’s like this hand that’s made of slime that can grab stuff.

And how does Gru use the hand?

Yeah and you just pull the trigger and it goes WA-POW.

If you had a sticky gun, what would you use it for?

I would use it to pickpocket policeman.

No, I would use it to grab stuff that I don’t want to get up to get. Like the TV remote.

Of the six Vicious Six villains, who did you like the most?

Because they’re weird. But the one I liked the most…the disco girl. Because her hair was insane.

Do you think it’s hard rooting for the main character when you know he’s actually a villain?

Well, in this case he’s the good guy…but he’s the bad guy.

Last thought. Tell me one thing about the movie you think kids will like.

Because they’re cute and funny.

Tell me one thing you think adults will like about the movie.

Well, I think it’s worth like twenty-five dollars because there are some things that aren’t very good that they don’t explain about Gru. Like I wanted to see his teen years.