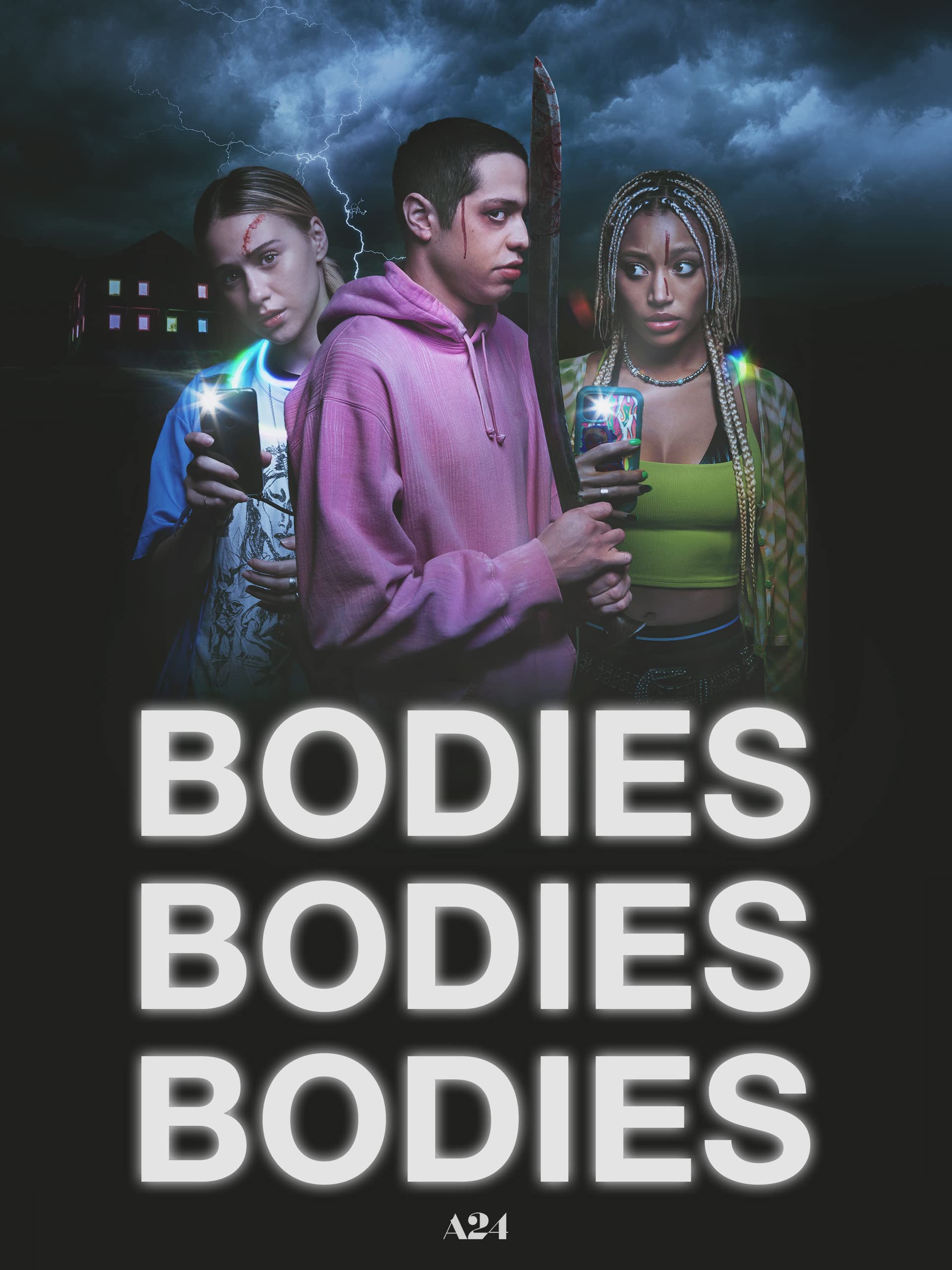 What a game of Among Us would look like if it was a feature-length film, but everyone playing was an asshole and some of them actually die.

There is a lot of talk that the movie satirizes Gen-Z, but I call bullshit. It satirizes spoiled rich kids and every generation watching this movie will have the same reaction – I remember those kids. Mentioning podcasts and throwing out current buzzwords only shows the writers (Sarah DeLappe; story by Kristen Roupenian) are aware of Gen-Z stereotypes. Lurching from death to death in between shouting matches, at no point does this movie ever threaten to be clever or interesting, even with the twist at the end revealing the killer. It has nothing new to say about Gen-Z, just to reinforce tired cliches that will be rebranded in ten years when Gen-Alpha is old enough to drink.

Of the seven main characters, only Bee (Maria Bakalova) and Greg (Lee Pace) aren’t loathsome monsters, yet Bee and Greg are drowned out by the screeching of the other five to the point of being nearly invisible. As part of their Bodies Bodies Bodies game (Murder in the Dark or, yes, Among Us), each person smacks another person in the face as hard as they can. From the start, it’s clear these people hate each other, making us wonder only how each of them will die because we don’t really care about any of them. When this is the script, acting doesn’t really matter. Kind of makes you wonder how a seasoned actor like Pace ended up in this dreck.

I’m not so sure Halina Reijn directed this film, rather that the film appears to have directed her. Many of the scenes feel ad-libbed and overly long, characters screaming accusations of “you’re the killer” when they aren’t belittling each other at the same volume. Her directing could have consisted of nothing more than telling actors to “be a dick” or “be a dick, but louder” and the film would be the same as if she micromanaged every scene.

A dark comedy/slasher with boring or stupid deaths, all of which intentionally obfuscate any gruesomeness, minimizing shock factor and emotional impact. The events take place during a hurricane, but the effects of the hurricane are limited to knocking out power in the house, forcing us to watch several scenes lit by phone lights. And if there was a score or music, we didn’t hear it over the constant din of caterwauling. Like nearly everything else in this film, the production design went for the bare minimum.

I hated this movie for most of its run time. I’d consider it for a few Razzie awards though.