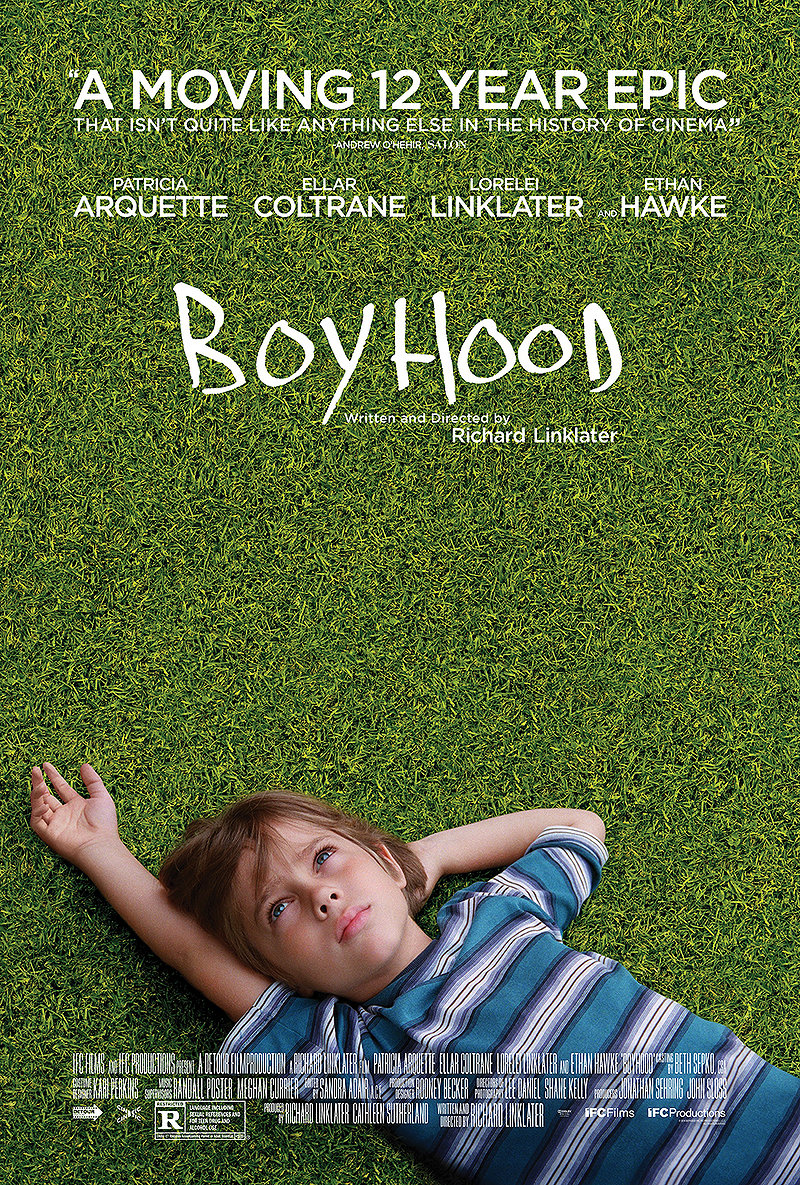 I know that a lot has been written about the making of Boyhood but I think that few really comprehend the almost miraculous scope of this movie’s achievements. For one thing, not only did Linklater produce a masterpiece with one brilliant child star performance, he did it with TWO, and over the amazing period of twelve years. More amazingly, both actors actually made it through the 12 year period without dying, quitting, acquiring a terminal case of the dumb-ass, or a crippling case of continuously erupting acne. Instead they thrived and both turned in Oscar-worthy performances and one of the kids was Linklater’s daughter!

Not only was the movie finished and totally watchable, but this film approaches masterpiece proportions in spite of the incredibly mundane subject material and the 165 minute length. How can this happen? I have no idea, but Im just happily dealing with the fact that I watched one of the best cinematic achievements ever. With a plot that was hopelessly unremarkable and predictable, how can this writer and producer hold the audiences attention for 3 hours with these amateurs? 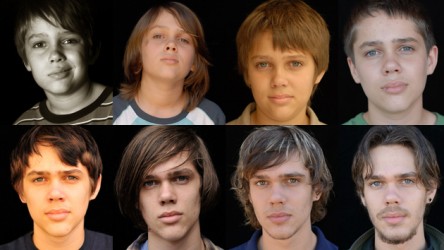 What did not happen: 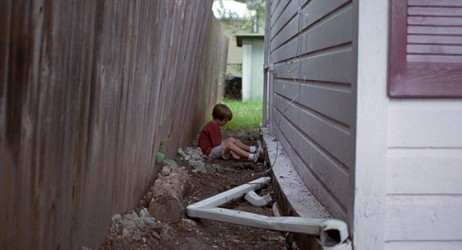 How can a movie like this possibly work? How can an audience watch an average family ebb and flow with none of the usual movie gimmicks? I really dont know, maybe talent and sheer competence? The acting was stellar all around, but as the title of the movie states, this film is all about Mason and the inevitable obstacles that confront this quiet and resilient young man. Mason was neither sickenly cute nor dark and brooding, but he was acutely aware of everything. Lori Linklater turned in an Oscar-worthy performance, but the 12 year span of acting by a green kid from age 6 to age 18 was a tour de force that probably can never be duplicated.

In spite of the length of the movie there was never a moment that I was not glad to be in my seat. The writing, acting and direction were so superior that I patiently listened to scene after scene where Mason was lectured by various authority figures such as his Dad, his step-dads, teachers, employers. They were all well meaning, and I smiled as I visualized their well-meaning lectures going in one ear and out the other. This was not because Mason was rebellious, recalcitrant or did not care, it was simply because the cool and collected Mason was way ahead of the game, quietly forming his own opinions of life and adulthood. 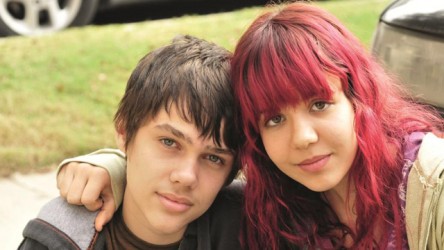 There were many notable scenes and I would hate to spoil anything, but chances are that most of the Ruthless audience will never see this film, not because of indifference or cluelessness, but because this masterpiece will barely see the light of day. Ethan Hawke was solid throughout the movie, playing the wayward Dad who has finally grown up and is desperately trying to re-establish a relationship with his kids. Every actor or actress who has ever won an Oscar should take the gold out of the trophy case or off the mantel and put it on the table at the Bowling Alley for these 3 actors. Dad was playing catch up on current events, and upon finding out that his daughter had a boyfriend, clumsily attempts to have a birds n bees talk with his teen-aged daughter. The tension was exquisite and Mason attempts to flee to the safety of the Bowling Alley restroom, but Dad would not be deterred and he proceeded with a delightfully embarrassing and wonderfully orchestrated scene. Lori Linklater was spectacular as Masons sister and the scene in the Bowling Alley was so real and wonderfully acted by Samantha that I found myself flushing in empathy with her embarrassment. The second scene was when they are driving in the car to Dad’s in-laws and Dad reveals to Mason that he had sold his beloved GTO to buy a mini-van to accommodate his new family. The performance by Elar Coltrane in assimilating his bitter disappointment (Dad had promised him the car) was stunning as he showed maturity beyond his years. We are not surprised as we as an audience have been rooting for Mason since the beginning of the film because of his uncanny ability to digest the imperfections and shortcomings of the adults in his life. 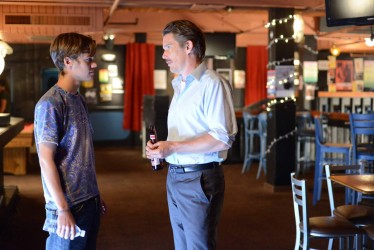 This was just a great movie looking for an audience. The transformation of Ellar Coltrane, right before your eyes, was something that you won’t forget. The character development was perfect and the acting outstanding. I’ve hardly mentioned the great performances by Patricia Arquette as the well-meaning and hard-working mom who just cannot pick the right man. An equally solid performance was turned in by the veteran actor Ethan Hawke as Dad. We root for the reconciliation of Mom and Dad, but this was not to be as this was not Hollywood, at least not for a wonderful 3 hours watching a masterpiece of a movie.