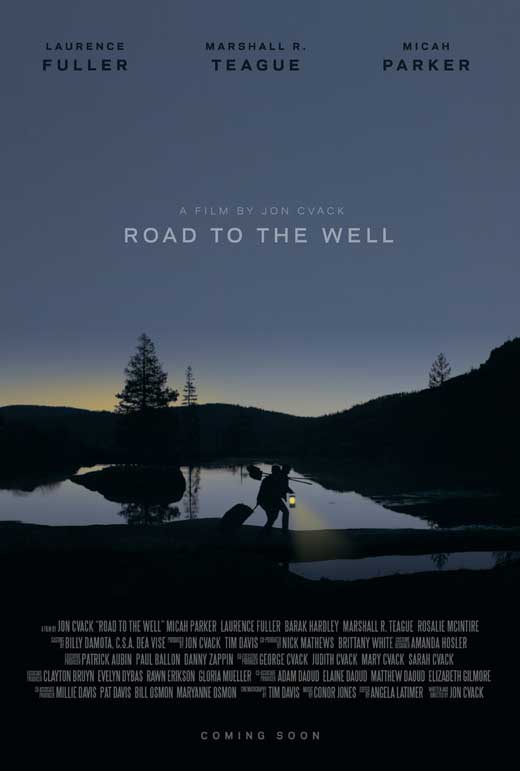 A devastating tragedy tests the best of friendships

I was pleasantly surprised when I was contacted by multi-talented director and writer Jon Cvack, inviting me to screen, review and analyze his new film, Road To The Well. Road to the Well (2016) is an Indie film that is the first full-length movie for Jon Cvack and was made on a budget of only $100,000. I will try to make this review as spoiler-free as possible and will later write a more in-depth analysis of the film. I will state that this movie was good, very good. I’m not talking about film graduate student project good, I’m talking about Alfred Hitchcock and Coen Brothers good. How about that for a bold statement? Just read this review, or better still, grab a copy for your collection and see for yourself. You can purchase this great movie via iTunes, Amazon, Xbox, and Playstation, which you can find the links to at the website – www.roadtothewell.com. Road to the Well was filled with tension and is all about the strength and limits of friendship, versus sheer survival. Now, on to the review. 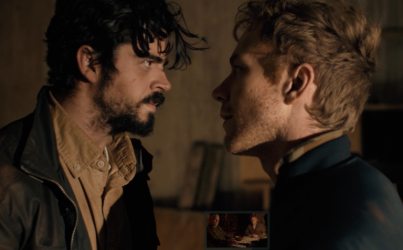 The film opened with a cleverly revealing montage involving some of the key characters. We were immediately captured by the musical score which literally exuded what would become almost unbearable tension. The film then shifted to a drab and claustrophobic business office where Frank was exploited by his boss and disrespected by his co-workers. After he was contacted by his old friend Jack, they went to his boss’s birthday party, where he caught his girlfriend getting it on with his boss. You know, with his tongue deeply embedded in her crotch, getting it on. Frank was having a bad night, but later things got much, much worse in the form of an unsavory surprise in his car. This happened after a night of drowning his sorrows with his college friend Jack. Frank was to be transferred by his boss, like Uriah by King David (2 Samuel 11:1-26), but Frank and Jack decided to use this turn of events to their advantage, and then things got horribly complicated.

The balance of the movie involved Frank and Jack trying to dispatch their terrible problem, while awkwardly re-uniting with old friends. Later there was the incredibly tense interaction with a retired Army Chaplain, Dale. By their clumsy attempts to solve their biggest problem, they only created a burgeoning stack of new problems. This duo dealt with crime evidence with the same competency that Ray did after the murder of Julian in the Coen Bros. masterpiece Blood Simple. I will not spoil the devastating ending, and whether or not it was blind friendship, pernicious activity, or simply just necessity, you be the judge. 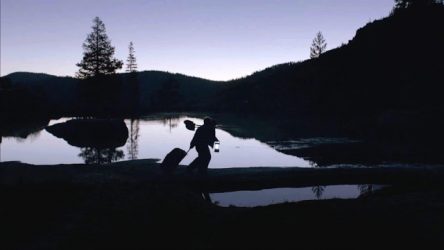 Along with an outstanding and perfectly fitting cast, Road to the Well had breathtaking cinematography and a gripping musical score. Jon Cvack blended light and dark, day and night to perfectly and appropriately reflect the mood and tone of the movie. This immediately brought thoughts of the David Lynch movies Blue Velvet and Mulholland Drive. Credit Jon’s best friend, Tim Davis for the cinematography and for much of the inspiration for this film. As well as the music and the use of light and dark, the film also toggled between almost slapstick comedy to the grim reality of the situation. This was accomplished with the bantering and sometimes puerile dialogue between Frank and Jack, and later with the stunning and chilling words from Dale. I would also be remiss if I did not mention the crisp and competent editing of Angela Latimer. Everyone connected with this film should have a fine career ahead of them.

Before I strangle on my own platitudes, I must say that this film, like all films, did have faults. I think that the running time could have been slightly shorter and that the scenes with Chris, Trudy and her parents seemed a little forced at times. The audience might have cringed a little at Frank’s initial passivity, but this character trait evolved with the film until the dramatic conclusion. The faults, however are minor and I will concentrate on what this film got right, and that was a lot. 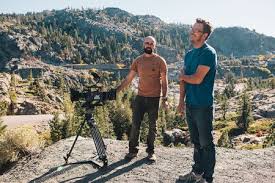 One thing this film did right was giving attention to detail and the highest and best use of their limited resources: As I mentioned, this film had a budget of only $100,000 and Jon Cvack accomplished the impossible with this film. He maximized every penny by drawing attention to film detail and not trying to impress the audience with his craft. With parsimony and skill, Cvack paid great attention to detail and execution that moved the story along efficiently. A case in point was Dale’s shoes, and as Jon Cvack showed with skilled subtlety, we knew who was under the blanket in the dark. The last scene at the cabin, with vomit and not blood on the beard, also reassured the audience as to who the Grim Reaper had claimed, and who he left behind. Where Jon Cvack really knocked it out of the park was the procurement of this fine stable of actors.

Frank- Frank was played brilliantly by Laurence Fuller. He was quiet and passive, working a mundane but demanding dead-end job after being passed over for a university PhD Internship. He tacitly acquiesces to his co-workers, and is later humiliated and cuckolded by both his girlfriend and his boss. Beneath his docile exterior, there is a smoldering anger and ruthlessness that only surfaces after a series of calamitous events. 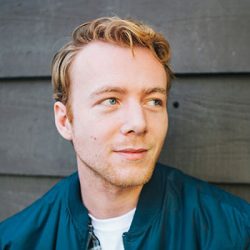 Jack- Who exactly was Jack? We never really know except that he was close friends with Frank, probably in college. Jack was the brooding yet assertive drifter that had an itch, the origin and nature of which we are not quite privy to. The actor Michah Parker was Jack and with his screen charisma and those black burning coal eyes, he immediately held the audience in a riveting embrace. 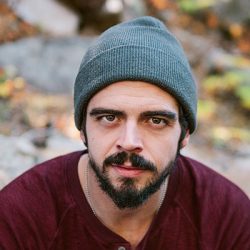 Dale- Dale is played by journeyman actor Marshal R. Teague. Dale was a retired military Chaplain, living despondently alone in the woods after the loss of his wife. The circumstances regarding the loss of his wife are never revealed, as Dale angrily shuts down when questioned about it. This Chaplain had been to war and had undoubtedly seen and heard the lamentations of his troops and civilians in Iraq. He had lost his way and his faith and saw only one way out. Teague convincingly captured the character of the Chaplain, and in full military dress, told the chilling tale of the monsters that chased him and potential perils that awaited. This was the road to the well. 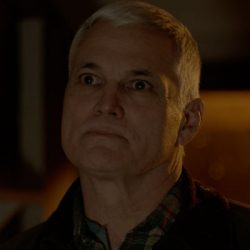 The other minor actors were adequate to mildly over the top annoying except for one brilliant exception. You had what amounted to a Redneck, homophobic and almost chilling tour-de-force (on the Redneck scale) from Paul T. Murray as Bill. His cameo appearance looked like it was straight out of a Trump campaign rally. The lead stars were magnificent, but the actors playing the minor roles went a long way to making this film as great as it was. This film was thrilling, engaging and visually gorgeous. This film also paused the viewer to think. Are serial killers incubated, embedded, or cultivated? What are the ultimate limits of friendship, and at what point does self survival and realization trump this friendship? The dramatic conclusion to this drama made me remember the fateful next to last scene in Miller’s Crossing. “Look in your heart” What will your decisions and actions be? The dramatic scene in the flickering light provides one answer. Don’t miss it.