Home / Featured Posts / NFL Week 7: You Knew What You Were Getting In For Edition

NFL Week 7: You Knew What You Were Getting In For Edition

Hey, it happens. Gotta handle the swings, that’s part of the process. Remember, a very famous man of the cloth once said that a mans gotta make at least one bet a day, else he could be walking around lucky and never know it. We’ll be alright. Now, as is custom with most football gambling columns, I will give you some FANTASTIC picks for the coming NFL slate right after I eulogize a complete stranger.

Dave Bry died a couple of days ago. He wrote for Vibe, Spin, XXL and The Guardian but is probably best known for his Public Apology series, which became a book. One might question how much readership crossover there is between Ruthless and The Awl, but there again I find myself in the middle of that particular Venn diagram. Hell, as of press time the featured article on the top of The Awl is entitled How Literal Fuck Hats Saved the Peregrine Falcon so I sense a similitude in spirit, if not content.

I did not know Dave Bry and we were not friends. However, I recognize a very specific characteristic in my writing that probably germinated from his essays. He was incredibly adept at making his younger self relatable by digressing from his theses in order to toss in cultural signifiers that evinced a flawed but adventurous youth informed by counterculture. So when he cant get through an apology to Jon Bon Jovi for throwing beer cans in his yard without making fun of the lyrics to Wanted Dead or Alive, you get the sense that you would have joined him in this heinous, deplorable act, perhaps listening to a dubbed Slayer cassette in the car on the way there. Or maybe you can hear The Replacements when he references the Stinson brothers Minnesota accents during the course of explaining how he might have accidentally insulted Jewish people in his college cafeteria. 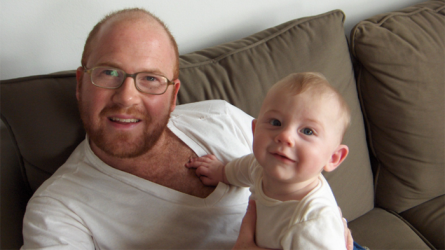 For the nerve to write these pieces for a website I love, I owe an obvious debt to Drew Magary. I’m also a huge fan of the way Mark Prindle and Aaron Cameron wrote about music with pieces that evolved into astonishing honesty about their personal issues. Ive probably read everything that Byron Crawford and The PitchforkReviewsReviews guy a.k.a. David Shapiro ever put online. I sure as hell don’t deserve to have my stuff next to writing this good. Dave Bry hit children in the head with Frisbees and was by coincidence Sean Spicers college roommate and one hell of a writer. He was a father and husband who died of cancer at 46 years old.

Hey, sorry about that. Just felt the guy deserved better. So anyway, I’ve been thinking lately about the law of diminishing returns as it affects culture and media. Apparently, Fox and the people at the MLB Network teamed up to produce a one hour live action/animated mockumentary dissecting the Homer at the Bat episode of the Simpsons. Now, Homer at the Bat is awesome. I literally referenced it in last weeks column. But at this point it has been subject to think pieces and SABR breakdowns and every anniversary of the original broadcast seems to beget more articles. The Baseball Hall of Fame even inducted Homer Simpson and framed a celebratory exhibit around it. So is there really anything left to say about it?

I guess since the mockumentary is being directed by Morgan Spurlock, there is always a chance that he will just make stuff up. Maybe he will claim that Pat Borders became addicted to Brain & Nerve Tonic, or that Steve Sax really did murder several people. Otherwise, its literally just a one-hour documentary about a 22-minute episode of a T.V. show.

This is, for better a worse, a post-Chuck Klosterman world. If you scroll through some of the dregs of Netflix youre likely to see feature-length documentaries on Connect Four, Its Your Move, and the life and times of Frankenberry. VH1 has at this point mined the entertainment from every even moderately interesting piece of mainstream ephemera via eighty episodes of their I Love The [decade] series.

We do this with everything now. Last night the wife got so angry at the Rangers overtime loss that she did that thing where you want the program off of your television badly enough that you will literally select the first even remotely-interesting option you can find. This resulted in Leah Remini: Scientology and the Aftermath being on my television. Even Scientology isn’t safe from scavenging over-analysis. 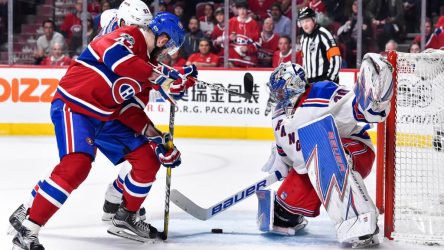 Personally, I’m not a fan, though Billy Sheehan is a decent bass player and Jason Lee can be funny if Kevin Smith writes vulgar dialogue for him. But regardless of how you feel about Scientology, that show is, at most, a documentary series. Yet they are into a second season and a whopping 17 one-hour episodes. At first, sure, you tell people about Xenu and try and find out what happened to David Miscaviges wife. That I get, but seventeen episodes in? At this point they are probably recounting stories of L. Ron Hubbard denting someones fender in a Piggly Wiggly parking lot and refusing to leave a note, or accusing Beck of being a bad tipper.

Thankfully sports are evergreen, so we don’t need to pick apart every little detail of past occurrences until everyone is sick of hearing about it. Speaking of which…

You can’t be too mad at me for selling you on the Chiefs bandwagon last Sunday, given that we made good money on them in the weeks prior. That said, they were absolute sludge during that 13-19 loss to Pittsburgh. Kareem Hunt only gained 21 yards on nine carries, and Travis Kelce and Tyreek Hill both dropped crucial passes that they shouldn’t have. Those Alex Smith passes did come quick, thanks to a banged up offensive line, but Smith still had an off day despite coming out of the gate at 5-0 and having the season of his career thus far.

Here I am looking for a bounce-back. Smith owns the Raiders, dropping only one of the eight games he has played against them since leaving San Francisco (where he beat them twice more). He has also compiled a 63% completion rate and a 19:4 TD/INT split against Oakland, and those include games where Derek Carr did not have a minor spinal fracture.

It is hardly novel to point out that, at least for now, the fate of the Titans rests almost entirely with Marcus Mariota. However, Monday night was interesting in showing that they can survive with Marcus Mariota featuring 1.5 hamstrings so long as they are playing sub-par teams. Despite showing very little of the mobility that might make him great one day, he went 23 of 32 for 306 yards and a touchdown in beating the Colts 36-22.

Mariota went through a full practice on Wednesday and was great according to a coaching staff who would have to say that regardless of how he actually played. However, his injury may have something of a silver lining since he had to rely on Derrick Henry more than usual, as opposed to taking off running. Henry finished the Indy game with 131 yards and a score of his own.

As for Cleveland, things are still pretty awful. DeShone Kizer was supposed to sit out until the November 5 bye week, but that plan hinged on Kevin Hogan taking his place in the interim. However, Hogan was so bad, throwing for 140 yards, one touchdown and three picks, that Hue Jackson had to go running back into Kizer’s arms and claim it was all a mistake, and that this relationship is too meaningful to give up on.

Paul DePodesta is a bright guy, and the Browns already have an arsenal of draft picks as part of their larger strategy. These assets may be of great value in the future. They will unfortunately do no good on Sunday. Titans minus six.

Due to circumstances beyond our control, the ball and chain and I wound up watching the Jets come that close to beating the Pats from a fairly well-known pizza restaurant in Chicago. This created an issue inasmuch as the 75-pound deep dish pizza we ordered was perfectly fine, and the service was excellent, leading our waiter to question why some wingnut lady periodically screeched expletives that did not sync with the Bears game everyone else was watching. The Bears, you may recall, were busy costing us all money and making Goat regret ever meeting me, but as a fat guy my mouth was constantly full of pizza so nothing I yelled could be heard beyond a generalized, cheese-muffled maliase.

Without any region or marriage-based bias I have to admit that the Jets were impressive. To begin with, they were hosed out of a touchdown that would have tied that game, and they held the Pats to 24 points, winning ATS.

I recognize that Jay Cutler got Miami to another win against Atlanta, but his stat line for that game was 19 of 33 for 151 yards with a 2:1 split. The game before that was a close win against a Matt Cassel-led Tennessee team. Prior to that came losses to the Jets and Saints, the former by 14 and the latter in a shutout. I find it hard to believe that Cutlers moderate improvement should account for a 17 point swing in the odds. Take the Jets and toss in the under

With last Sundays parade of suck in Chicago, we are officially breaking up with Joe Flacco and the Ravens. Good Lord that was atrocious. Flacco now has the lowest QB rating in the league at 66.1. Worse yet, remember the time he had zero interceptions heading over to London? Well now he has eight. As against four TD’s. All season. Seriously, were done. Like Woody Allen Mia Farrow done.

So how do I justify betting on Case Keenum after comparing him unfavorably to a debilitating van accident last week? Well, for one thing, Teddy Ballgame is back. Bridgewater returned to practice on Wednesday and could theoretically play on Sunday. That said, it would require pulling him off of the PUP list and activating him, all before Sunday, and as I understand things even though he wants to play, the team does not want to rush it. To further complicate things, Sam Bradford was not at practice on Wednesday, though there has been no public comment.

Even if it were to be Case Keenum, the Vikings are a strong pick at home here. Keenum is 3-1 straight up so far and Minnesota is 15-4 straight up and 14-5 ATS in their last 19 games when they were favored. Lay the Vikings and hope that too many birds don’t die.

That’s it gang. We literally could not do worse than we did last week but every graph needs a nadir. We can handle the swings, its part of the process.