Home / Featured Posts / Indiana Jones And The Temple Of Doom

Indiana Jones And The Temple Of Doom 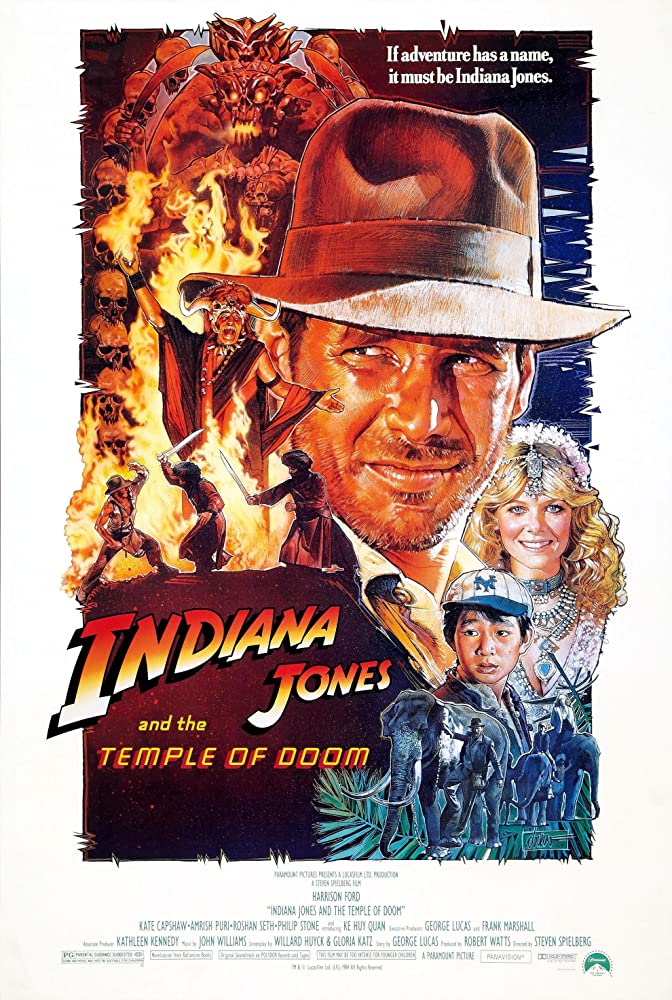 Indiana Jones And The Temple Of Doom

You probably think this movie is about Indiana Jones. You probably also think it’s about a temple made out of doom. Well, you’d probably be wrong! It’s about one man’s struggle to practice his religion. Before Stallone’s sweat ever touched a Russian or Van Damn ever round-housed an Asian, a man by the name of Mola Ram was ripping the still-beating hearts out of his frail, malnourished countrymen, and he was doing it so that he could eventually rule the world.

To me, that’s more interesting than any storyline involving some adrenalin-seeking professor and his crew of flunkies (a superficially shallow white geisha and a Chinese child who knew slightly less kung fu and slightly more English than Jackie Chan). I think “Short Round” (as Indie called him) was actually Data from the Goonies, but who knows, they all look…Chinese. And Short Round is extra Chinese, rike rearry rearry Chinese. I’m surprised they didn’t have him eat a dog right after building a cheap computer. But back to the most charismatic cult leader since Jim Jones:

Mola Ram is a man of action, vision, and intense spirituality. He believes if he can find these magic stones while performing heart rips to these ancient chants, he can rule the whole world. It’s not clear what he will do when ruling the world, possibly ripping more hearts, mandating the wearing of devil-horned hats, or even legalizing pot. Who knows? All that is certain is that a future where Mola Ram reigns would be quite interesting. Growing up, my sister and I were mesmerized by him. Sure we thought his savage cardiovascular pursuits were horrific, and his beliefs in some heathen God were misguided, but we ate hotdogs (do you know what they put in hotdogs!) and worshipped the sandal-wearing zombie son of a deity who lived in outer space and condoned slavery, incest, and polygamy.

Funny how time puts all things into perspective. Who were we to ever judge Mola Ram? When we’d used to get in fights, I remember I’d put my hand over her heart and chant the magic words, “Bali Mathi Kali Ma, Shakthi Digi Kali Ma…Kali Ma…Kali Ma!!!” I’d always refraining from saying, “Kali Ma” the third time, actually afraid that it might work, and I’d de-heart my little sis. It would scare the shit out of both of us. Even now as an adult, I’ll hold up my hand like a claw and yell, “Kali Ma” to any aggressor who happens to be smaller than I am. I actually did try it on a dead tree frog before, and it worked, so I can honestly say when it comes to heart rips, I’m batting 1.000.

Stupid Political Content: It’s 1930’s India, and Mola Ram kidnappes a bunch of children from a nearby village and makes them work in his rock quarry looking for these magic stones (which look kind of like petrified T-rex jizz). This may seem harsh on one hand, but retrospectively knowing these little tykes were destined to grow up stitching swooshes on Nike’s for 16 hours a day anyhow makes it sort of understandable. Mola Ram is inadvertently trying to fashion a future for India that doesn’t involve them and their grandchildren toiling away in sweatshops so fat Americans can buy a 5 pack of XXL T-shirts for $4.99.

It seems logical to have one generation of children enslaved so that future generations won’t make twenty dollars a month in the garment business. For that, he gets a pass. There is also a scene where Indie has the keys to the shackles of the enslaved children. They are crowding around him begging to be freed. I’ve been to the Indian subcontinent, and had children crowd around me begging in a similar manner, but I didn’t feel like a great liberator, not by a long stretch, not in my XXL T-shirt. It says a lot about the world when you wonder if a heart-ripping lunatic taking over the globe might lead to a better future for the world’s poor. But it doesn’t matter. Indie stopped him, and I can find more change in my couch cushions and center console than a garment worker makes in a week. That doesn’t make me happy, but I’m not sure I’d change it either. Excess breeds its own weird brand of selfishness.

Crazy Indian Stereotypes: Back in the 1980’s, Google didn’t exist; therefore, nobody knew the truth about anything. Somebody once told me that everybody urinated blood on their 13th birthday. I believed that until…well, my 13th birthday. I was also told that French people had this thing in their bathrooms next to the toilet that would shoot water up your butt hole and it would come out your dick hole, rinsing out your whole body, and that’s why they lived longer in France. In the 80’s you could say anything about a culture and it was believed. In this movie, they have a gross-out scene at a dinner table where Indians eat eyeball soup, monkey brains, and live snakes. The people in my hometown thought that’s exactly what Indian food was, which is why they still don’t have an Indian restaurant within 40 miles of them to this day.

Creepy Undertones: All the kiddy violence. If you’re the kind of pedophile that likes violence against shirtless little boys, you’re gonna consider this a classic. There is an inordinate amount of child beatings going on in this movie. Little shirtless, shackled kids toiling away in mines and being whipped by sweaty, smiling mustachioed creeps. Most of the adults inflict pain on children during the course of the movie. At one point, even Indie gets in on the action: after drinking some slumdog blood, he turns into a crazed zombie controlled by the heart ripper himself and even smacks around his little sidekick. We also have kids punching kids. Kids getting slapped. Kids being burned. Even a gay kid emperor playing with a voodoo doll. If all that doesn’t make you uncomfortable, your name and address should probably be in some database.

Novelty Deaths: There are quite a few. Indie throws a flaming shish kabob through an unsuspecting Chinaman. A dude gets hanged from the strongest ceiling fan in the world. A burly S&M child abuser gets sent through a rock rusher and comes out flatter than a drunk freshmen on karaoke night. A guy gets his heart ripped out and lowered into a tornado of fire, a firenado! There are so many great deaths and fight scenes. Indie regularly knocks out bad guys with just one punch. I’m starting to think the only Indian who can adequately defend himself is “Great Tiger” from Mike Tyson’s Punch Out, and even he is ranked lower than a guy named “Soda Popinski.” No wonder their greatest warrior was a guy who advocated passive resistance. What else could they do?

But back to Indiana Jones, I’m not even sure Indie is even a real Doctor. Back then, it was easy to forge documents. Leonardo Decaprio faked his way into being a pilot. Tim Robbins got his alter ego a driver’s license, from fucking jail. How do we know this guy graduated from a reputable university? So what if he knows the Himalayas from the Alps, it doesn’t mean he’s a geographical genius. If I lived back then, I’d have convinced everyone I was a war hero named Deek Whole with a doctorate from Harvard in hopscotch. People were so stupid and trusting back then.

Nowadays, you need two forms of I.D. just to get a job at Taco Bell. Times have changed. In any case, this is my favorite of the Indiana Jones movies by far. It has a darkness to it that most Hollywood blockbusters don’t. They tried making up for that with the picturesque ending, but it was too late. The kids were returned to the village, but after what they went through, were they really still kids? Would they ever be the same after the summer of 1936 when they all got kidnapped and forced to work in a rock quarry while being tortured by a bunch of weirdoes? None of it really matters to western eyes though because Indie kisses the bimbo, the elephant shoots water on them, and the little Chinese kid points and says, “Werry Frunny”