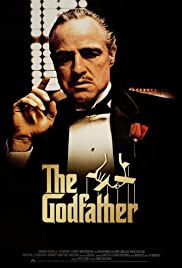 An offer you simply cannot refuse

Fair Value of The Godfather: $30.00. It is essential American Cinema. Fundamental to an entire genre of movie.

Like Anton Ego’s childhood ratatouille in Ratatouille, this is a core memory in my origin story as a film critic. Indiana Jones and the Last Crusade. Stop Making Sense. Apocalypse Now. Beau Travail. The Godfather. My love of cinema comes from experiencing this film and other films of this quality.

You call it essential? Well, for starters, it’s the movie that established most of the tropes that are displayed in subsequent mafia movies. But beyond that, there’s a lot of style and techniques that will be used throughout cinema- the use of juxtapositions (the rightly famous baptism scene), the panning shots. And it has an all-star cast who are all giving the performances of a lifetime- Brando and Pacino most famously, but the film is suffused with unforgettable characters. And lastly, The Godfather stands as a central cinematic text to American culture and identity in general.

No Longer the Bird but the Air; no Longer the Fish but the Water: A difficulty in reviewing this film lays in the fact that it is so famous, so completely permeated into the language of American culture and cinema, that it’s hard to detach it, hard to engage with the film as a work. It’s become too familiar, so central a text as to be inescapable. More than any other film it has shaped the public imagination about what organized crime is like. For my father, viewing this film in 1972, this was a well-made historical drama; but for me, it’s impossible to imagine a world without The Godfather. It’s like Star Wars in that regard- a film that is omnipresent through the culture.

The Business is Personal, the Personal is Business: “It’s just business” is the refrain that gets repeated before murder after murder. And yet, the vendettas and the gang wars continue. The Godfather is not only a film about how men lie to others, it’s a film about how men lie to themselves. Michael Corleone (Al Pacino) is the central case study in this thesis. His transition from golden boy war hero to Don of the family is a tale of compounding dishonesty, starting with mild evasions to his girlfriend Kay (Diane Keaton), and ending with cold and bald-faced lies.

That gulf between what the visual cinema shows and what the script tells is the dissonance that provides this film with it’s enduring electricity. This dissonance is accompanied by other contrasts: that of high social ritual and brutal violence in the rightly famous baptism scene; or the way that even the biggest social events, the weddings and funerals which frame the acts of the drama, are subordinate to the back room operations of the Corleones. For Vito (Marlon Brando) and for his sons, it’s always business, because the personal is business.

The Sound of Corruption: On this viewing of the film, I was paying particular attention to the soundtrack and the foley work of the film. It’s interesting: the gunshots are actually comparatively subdued in sound levels, compared to the screeches of the cars and streetcars, the roar of the industrial refrigerators. Also notable is the way that the music comes in and is used: the music swells at times when the corruption and conspiracy of the cast is at its height; during the more honest dialogues, the music is absent.

We’re Not Communists: One of the reasons why The Godfather continues to resonate is because a mafia family distills American capitalism to its rawest form. It’s all there- the nepotism, the way in which interpersonal relations matter more than ability, and the way that the players will change the game, even resorting to violence, if it seems that others will pull ahead or gain dominance. The Godfather stays with us because it speaks to the truth of what America is, beneath the ceremonies and the pretenses of familial bonds. A never ending clawing gouges fight for power and position in which the liars reign supreme. That’s the American Way.