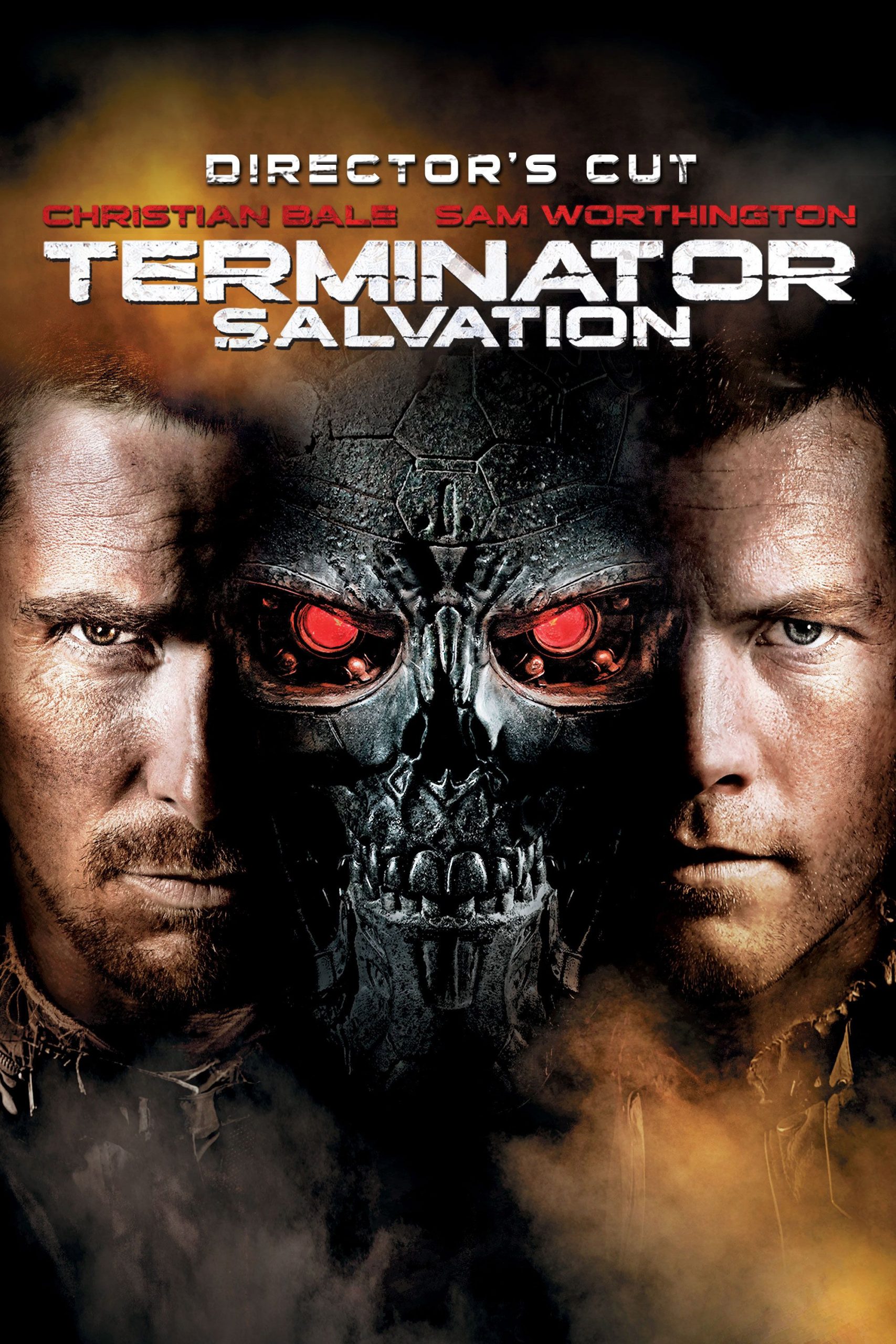 Marcus Wright is half human, half machine and he is lookingÂ  for John Conner.Â

My original review of Terminator: Salvation was written in 2010. I’d like to believe my writing has gotten a lot better since then, but I’m biased. As it turns out, Goat discovered that nobody had reviewed Terminator: Salvation over at Ruthless Reviews, so I volunteered my review. But first, I read it. It has not aged particularly well, which gave me an idea. I remember enjoying the film itself and I thought it would be fun to watch the movie again and review my original review. Everything in bold is what I am saying now, in 2021.

Effing awesome. Just effing awesome. (Sorry, I’ve been listening to comedian Daniel Tosh lately.) The Terminator film was as good as I expected it to be and I’m very excited about that. Finally, a movie met expectations that weren’t set somewhere below raw sewage. Terminator: Salvation is the finale of a month filled with four really good films. If you don’t know the films I’m talking about, you have some reading to do in my archive. I don’t know what movies I’m talking about. Nor have I listened to Daniel Tosh in years. I do find it hilarious that Sam Worthington was an A-lister in 2009, landing the lead roles in Terminator: Salvation and Avatar. He hasn’t stopped acting since that year, but try naming a movie he was in after those two. We’re not the only ones waiting for the Avatar sequels to finally hit theaters.

I’ve been waiting for this film to come out for a long time and I’m not just talking about it since the first trailer was released. I’ve been waiting for it since Terminator 3, when they show Judgment Day actually happening. Most people did not like Terminator 3, probably because it was sub-par compared to the previous two films. What they missed was the whole point of that movie was to show Judgment Day so the story could move into the war with the machines. I agree that a third movie with the exact same formula and story was too much, but what do you expect from writers who eff around on most sequels? That is a lot of words to say. I just wanted a movie focused on the war with the machines. It’s also not clear if I liked Terminator 3. Sounds like I gave it a pass purely for the last scene showing the nukes going off. I guess I’ll have to watch Terminator 3 again too. Incidentally, Terminator: Salvation did not do well enough at the box office to justify green-lighting the two sequels that director McG had planned and the franchise went right back to repeating the formula from the first three films in Genisys and Dark Fate.

Terminator: Salvation picks up in the year 2018, several years after Skynet nuked the planet. Pockets of human resistance exist around the world and are loosely organized, with their commanders in a submarine. I’m going to suspend my disbelief here because it sounds like a good idea until you actually think about it…and I liked the idea. It’s just hard to believe that Skynet doesn’t have the oceans completely covered when they have things patrolling tiny rivers. I’m also going to ignore the helicopters as being a bad idea. If I was part of the resistance, there is no effing way you’d convince me to get in a helicopter. It’s even more ridiculous now than it was then that this movie depicted humans holding their own using A-10 Warthogs, helicopters, and submarines while the Earth appeared to be teeming with killer machines made by Skynet. Come on Skynet, you’re better than that. Maybe if you had focused more on battling the humans and less on inventing time travel, you’d have won the war. Also, I really leaned into that whole “effing” thing in this review, didn’t I?

Anyway, the resistance has discovered a way to shut down the machines and they tap John Connor to destroy Skynet. Meanwhile, Skynet is snatching humans to further the development of new cyborg terminators, or as we call them, Arnolds. Skynet has also hatched a plan to kill John Connor by capturing Kyle Reese (John’s father) using a guy who is mostly a machine, but still thinks he is human. For those who saw the movie and weren’t paying attention (or are just effing dumb), this cyborg, Marcus, is actually the main character of the film. I really like Anton Yelchin (rest his soul), but some of his lines are delivered like he thinks he is in a junior high play. Not that some of those same lines were worth hearing. Why did I not mention this before? It was not effing good.

The film actually begins with a short clip of Marcus being executed in 2003. He donates his body to Helena Bonham Carter, I mean Cyberdyne, for experimentation. Since the advertising people are idiots and showed us he was a cyborg in the previews, this intro scene is completely pointless. Good job you effing morons, you ruined the only real surprise of the film. Whoops. This is why I don’t watch previews any more. I stand by this critique of the people responsible for creating previews. What idiot thought it would be smart to put one of the big reveals of the movie into the preview? Stop. Ruining. Movies.

Marcus wakes up in 2018, looking like he was just birthed from a giant muddy hoo-ha, wondering what has happened. For the rest of the film, his goal is to find Helena so he can get some answers to what has happened to him. Even though we all know that John Connor is the key figure to the entire story, Marcus is the focal point of the film. He’s part of that transition from the original films to the new trilogy (eff yeah, there’ll be three, if not more). One scene I hated was the near-rape scene. Not only did it come across as “maybe the machines are right to kill humans,” but it was also pointless. At this point in time, we’ve seen Marcus get smashed by a thirty-foot tall terminator and survive a fall from several hundred feet, bouncing across a river like a skipping stone (not to mention we saw his execution in 2003). Not a lot of mystery at this point as to whether or not Marcus is actually a terminator. The near-rape scene all but paints the word terminator across Marcus’ forehead for those in the back of the class. I’d say it might also be to show his humanity, but the fact that he helped Kyle and Starr and tried to rescue them from the prison transport ship accomplished that. So, that leaves us kind of rooting for the machines because humans are assholes.

The only thing that bothered me about the whole story was that Skynet was trying to capture Reese. The problem is that Skynet doesn’t know that Reese is John’s father, so why is it targeting him specifically to use as bait for killing John? We are never given an explanation for this and it was bugging me the entire time. They could have just made Reese a high priority guy in the resistance, thus explaining why Skynet would be after him. As it is, he’s just a nobody; a very young man who’s not even involved in the official resistance organization. I’m willing to let this go if they explain it in a later film, but I’m betting it was just lazy screenwriting. They never explained this later in the film and we know they didn’t have time travel yet. Seriously, Skynet, what were you doing?

As for the rest of the film, did I say it was effing awesome? The special effects were gorgeous and the lighting was perfect for a post-apocalyptic Earth. The machines were very cool with lots of different kinds and reminded me of the creativity of the machines in The Matrix. I really liked the way the bigger ones carried the smaller ones, especially the motorcycle terminators. They were clever without seeming indulgent and the efficiency built into the different machines proved that the creators were at their best for this movie. Now we just have to hope that the writers don’t give us the ole’ eff you in the sequel. Gotta hand it to me. The special effects stand up really well twelve years later. It’s also cool to see how far the facial CGI has come in the last decade after seeing a young, digital Arnold. And the creativity is still much better than rewatching another liquid terminator in Dark Fate and Skynet making itself a terminator in Genisys. This franchise is clearly out of ideas.

Rating: Worth a lot (a lot) more than you paid for it. In fact, I think you should sneak out the back before the theater manager finds you. Whoa. Slow down and take a breath. Worth roughly what you paid for it.