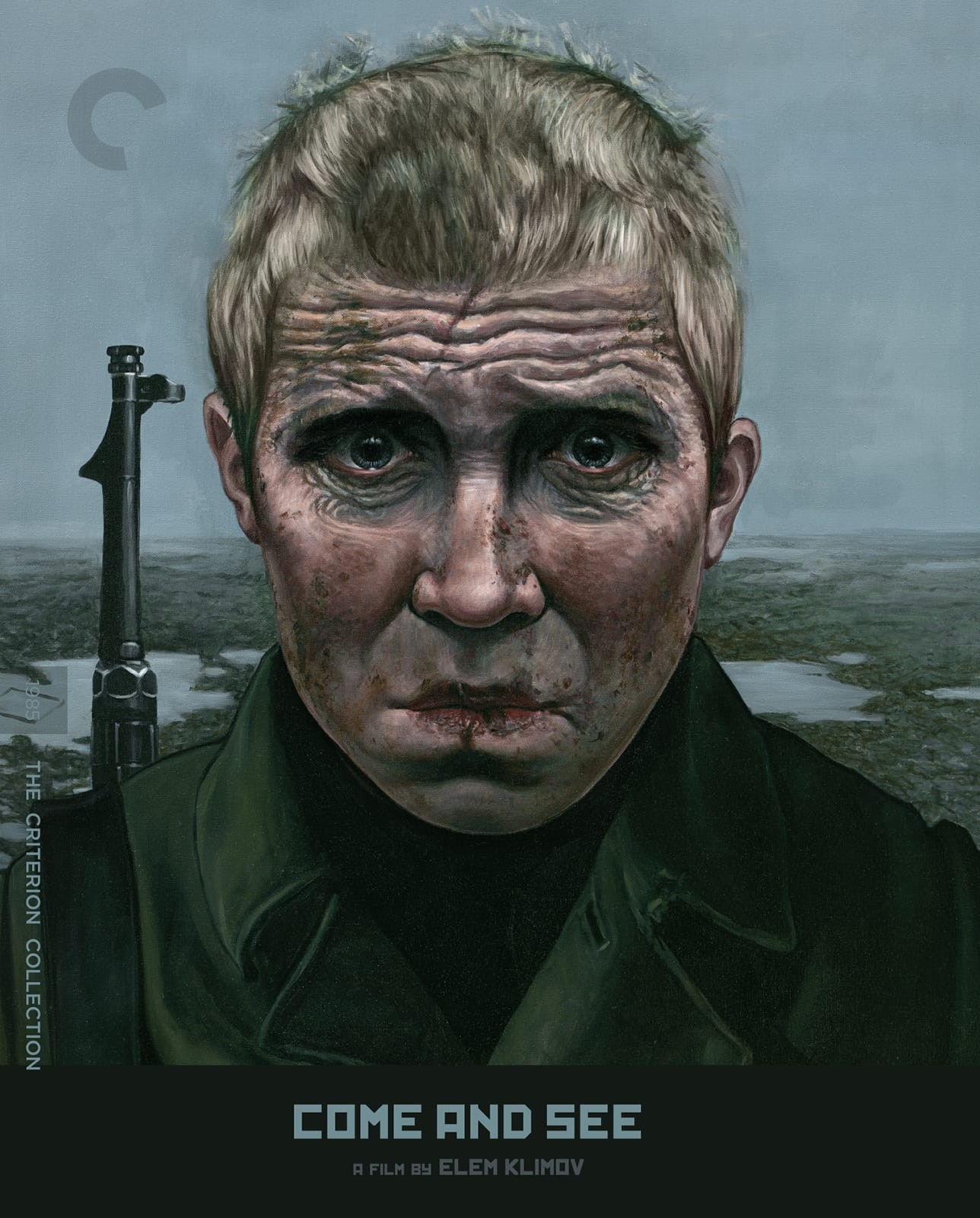 The most horrific and shocking war movie ever made

World War 2 was a horrific event. The figures are not exact, but reliable estimates put the total civilian and military dead at around 60 million people. The total dead in World War 1 was between 15-22 million people. Yes, it can easily be seen that war sucks and is bad for your health, especially if you lived in Eastern Europe. War was especially unhealthy for Russians, who lost a staggering 25 million dead, civilian and military during World War 2. In Belarus, which lies between Poland and Moscow, one in every five citizens was killed in the War. The United States by comparison, lost around 418,500 dead during World War 2, only 2,500 who were civilians. Only China, whose civilians were brutalized by the Japanese, suffered more civilian deaths than did the Russians.

“One of the most devastating films ever about anything, and in it, the survivors must envy the dead.” -Roger Ebert

“And I saw when the Lamb opened one of the seals, and I heard, as it were the noise of thunder, one of the four beasts saying, Come and see“ -Revelations 6:1

Come And See is a Russian made film that chronicles not only the loss of life, but also Nazi atrocities with horrific intensity and a visceral punch. Come and See was produced to celebrate the 40th anniversary of the Russian victory over Nazi Germany in WW2. Some detractors have characterized this film as nothing more than blunt Soviet propaganda, but the historical accuracy of Nazi genocide cannot be denied.

Kilmov’s directing makes this movie nothing short of a masterpiece. There are a lot of great movies that are extremely difficult to watch, like Requiem for a Dream, but this one is a requiem for the worst war nightmare imaginable. After this film, Kilmov never made another movie and that is understandable. He set a bar that could never be reached.

Come And See was filmed through the eyes and narrative of Flyora, a young and naive teen-ager who wanted to join the war effort of Belorussia against the Nazis. Having dug up a weapon from a grisly battle site, he proclaimed himself ready to join the resistance. He was led away to join the freedom fighters, in spite of the hysterical protests of his mother. The cherub-faced 13 year old looked more like a mascot than a soldier, but within the horrors of Eastern Europe during the 1940’s his coming of age would arrive quickly.

After playing boy soldier at the resistant group’s bivouac, fate joins Flyora with a young, but older girl Glasha after they were separated from the main group during a German air strike. After the smoke clears, they frolic in the rainy woods, celebrating their survival in a phantasmagoric atmosphere. Flyora then leads Glasha back to his home village, hoping to find food and shelter, but finds it strangely abandoned. Flyora panics, and implores the duo to cross a slimy bog to find his family and other villagers. Here is where the first devastating gut punch of a reveal happens and Flyora doesn’t even see it, but Glasha certainly does.

I’m not going to disclose many more spoilers of this movie masterpiece. I have always been morbidly fascinated by WW2, especially the situation in Poland, Eastern Europe and the Nazi debacle of trying to invade Russia and reach Moscow. I had read a lot of historical fiction like Leon Uris’s Mila 18 and his best Holocaust novel ever, QB VII. I have also read some of the most harrowing non-fictional accounts of The Holocaust and surviving in Eastern Europe (See Below). NOTE: The Painted Bird was marketed as a fictional work, but was based on Jerzy Kosinski’s experience as a young boy during WW2. This has been disputed, but this does not detract from the incredible horrors detailed in his book. I Cannot Forgive by Rudolph Vrba is the most complete first-person description of the catastrophic torture and genocide that was perpetuated by the Nazi SS in Auschwitz. I am fortunate to own a rare copy of this out of print masterpiece.

In spite of my extensive background and reading, nothing prepared me for this traumatic and uncompromising film. Mere words cannot describe this other Holocaust in Belarus that was presented with no holds barred, no quarter given. Like the unfortunate civilians, the audience will not be spared from the ongoing trepidation.

Come And See was certainly not marketed as a horror film, but a horror film it was, and without a doubt the scariest film I’ve ever seen. Using hand-held cameras and natural lighting, the movie maintained a freakishly dreamlike state, with Flyora and Glasha staring into the camera like they were gazing into the abyss…and they were.

The power and importance of this film cannot be overstated. The performance by a 12-year-old boy (Alexei Kravchenko), is now in my opinion the greatest tour de force by a child actor in cinema history. He had to be hypnotized after completing the film to help him stave off post traumatic stress.

The scene at the end when he gazes upon Glasha, after she had been brutalized and raped by drunken German soldiers is a scene that cannot ever, ever be forgotten. It is just hard to suspend disbelief that this was not really happening right before my eyes. Live ammunition was used in one horrific scene involving livestock. I’ve written too much.

As far as a war film, this one has no peer. Come And See is like a grim documentary of war, but a movie that is completely different from any other war movie. There were no grandiose battles, planning in war-rooms, or storming the beaches. There is no Tom Hanks, Ben Affleck or Tom Sizemore leading American troops into battle against the evil foe. The war is seen almost entirely through the terrified and shell-shocked eyes of a young boy.

We see no tanks or armaments, or even German soldiers, until the final horror show where a village is decimated. Early in the film we see a lone eerie recon plane, that foreshadows the horror to come. The payload scene near the end is surreal, with the Germans looking almost cartoonish in their drunken depravity, with loud music blaring, dogs barking, a nightmare tunnel that has no end. Mercifully, for the paralyzed and repeatedly gut-punched audience, the film did eventually end with a spellbinding montage tied to the movie’s unforgettable final scene.

Editor’s Note: The complete film is available for viewing, free at YouTube