Home / Featured Posts / In The Company of Men

In The Company of Men 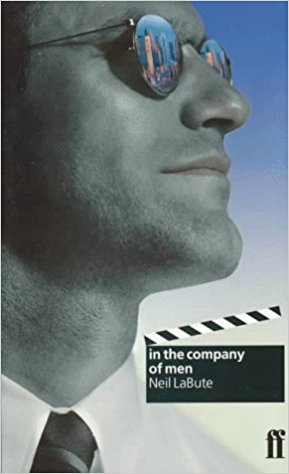 In the Company of Men

Men fuck over the weaker sex, but they had rather be fucking each other

To be blunt, everything men do is a distraction from the unshakable truth that they’d rather be fucking each other. This does not make them gay, or even bisexual; simply more comfortable, perhaps even more alive, while engaging in the assorted rituals, rites, and power plays that define the male-to-male exchange. Fucking, then, can be taken literally, but more deeply, it is the masculine dance that defines this relationship; the competitive fires that cannot be replicated in quite the same way with the female persuasion. Men love to flirt with, fawn over, and fight for the fairer sex, of course, but such conquests are largely side issues on the road to the real prize: defeating, humiliating, and ultimately, vanquishing all male rivals. Whether in sports, business, or the simple commute to work, men live to dispatch other men on the field of play. This idea that male pissing contests only accidentally involve women is the central thrust of Neil LaBute’s caustically brilliant In the Company of Men; not only one of the best films of the 1990s, but one of the decade’s most misunderstood. For as central as the misogynistic humiliation of vulnerable females is to this tale, it is the courtship of Chad (Aaron Eckhart) and Howard (Matt Malloy) that truly matters. 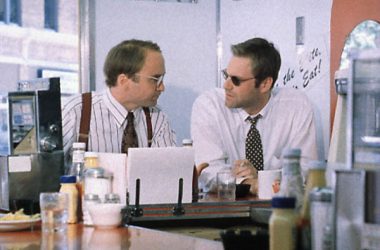 Still, it would be easy to assume that LaBute is probing the male/female dynamic, given the premise. Chad and Howard, away from home on business (theirs is an extended stay to get a company branch up and running), decide to take revenge on some wallflower in order to feel better about their failed relationships. Chad, despite being the subordinate in the company, is the more dominant personality, and he seems to sweep Howard along in a game he’s none too eager to play. Howard has recently ended a relationship with what he portrays as a difficult woman, and is also plagued by a nagging mother, who, in all likelihood, is the real source of Howard’s disgust with the vagina. Chad’s background is more vague, but as the more handsome and confident member of the two, it is assumed that he loves ’em and leaves ’em for a living, if only because he fulfills our stereotypical expectations. He’s the guy other men quietly envy, and the man most women secretly love. We can believe he is up to the challenge, but Howard seems wary, almost innocent. Again, because of Howard’s physical appearance, we unfairly assume that he is the more sensitive of the pair, and anything he does in the course of the film will be at the behest of Chad. One of LaBute’s many surprises is that Howard is more of a willing participant that even he first imagines.

Had the film merely been Chad and Howard finding, wounding, and eventually consuming soft-headed women, it would have been entertaining, but fatally flawed, and likely forgotten. Instead, LaBute examines men on assorted turf; here, the very workplace that often defines their lives more than the bedroom or neighborhood bar. It is men on the job, after all, that is most instructive, and women foolishly assume that their minds largely reside with them, when it is the minefield of labor that holds ultimate meaning. Men will often stay late at the office to avoid returning to hearth and home, but rarely if ever spend a few extra moments with a female to delay a return to work. It is simply a matter of priorities. Both Chad and Howard are this type of man, and we sense that the casual cruelty of their game is the best available salve for the wounds of a thousand thankless tasks while on the job. They could just as easily be shooting skeet as women. 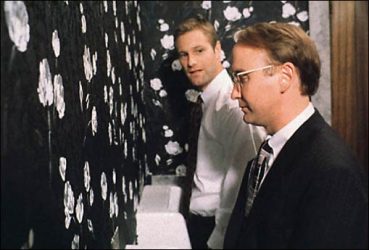 Both men eventually settle on Christine (Stacy Edwards), a shy, attractive deaf woman who would never be considered in more permanent surroundings, but is perfect for an experimental hanging. Wine her, dine her, even broach the love subject, but always with the goal of yanking the rug at the last minute. The harder she’ll fall, the sweeter the pain, and both men, in Chad’s words, will be laughing about the whole thing well into old age. Ah, but Chad is more clever, and he is setting up Howard for the fall, not only to prove that men like Chad always win in the game of love, but to overturn the hierarchy that currently serves to irritate him. Chad is, needless to say, ambitious, and despite paying lip service to the idea on several occasions, has no respect whatsoever for Howard, and would take his job without hesitation, by hook or crook if necessary. The female scent, then, is a means of disorientation; the sharpest knife in Chads arsenal to invert the relationship between them, thereby acquiring the only power he really covets.

Of course, Howard actually falls for Christine, which is LaBute’s way of saying that he who invites love to the battlefield will always be on the ass-end of the corporate ladder. Howard is completely deluded about his motives, of course, even saying to Christine, I’m the good guy, as if that mattered to the sort of woman who would be seduced by a snakes charms. Interestingly, though, based on what Christine sees, she makes the right choice for a mate, as Howard is a simpering buffoon, always too eager to please, and LaBute wisely avoids making Howard a martyr for the sensitive type. And it would be the height of condescension to have Christine prefer the less attractive man simply because she’s handicapped. Were only as loyal as our options, and yes, even gimps, slobs, and wretches would rather have eye candy on their arm. Wisely, though, Chad lives up to his end of the bargain, crushing Christine’s hopes and dreams in a hotel room; leaving her to sob pitifully on the bed while he goes about the rest of his day. Surely this is the scene that had feminists and other humorless broads in a snit, even though they failed to understand the underlying message. After all, wasn’t Christine the least bit suspicious about the intentions of a man like Chad? He could get any woman he wanted, yet he settled on a deaf chick? Who’s deluded, after all? 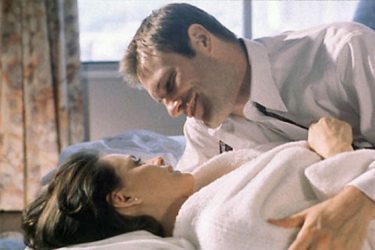 As heartwarming as these scenes are (and redemptive, at least if you’ve been the sort of man who usually failed at love), the pendulum swings back to the male arena once again when we consider the most important exchange of the picture. Faced with a young upstart, Chad not only mocks the black mans use of axe for ask (leading to unfounded charges of racism, as if LaBute had such a hollow agenda), but compels him to take out his cock as an expression of his commitment. It is pure humiliation and a test of one’s power, of course, but quite literally, it signifies the approval all men seek for their masculine chops. Securing that approval is relatively easy with the ladies, but with other men where the stakes are vastly more important and the game undeniably more lethal such acceptance is a constant frenzy of retreat, surrender, and redeployment. Do you have the balls for business? Can you unblinkingly execute such and such when called upon? The removal of ones penis from ones pants is a test, but only the first stage, and is hardly a final victory as much as it is the bare minimum of participation. There’ll be worse submissions ahead, and much more painful episodes to live with.

By the end, after Christine has been shattered and left for dead, Howard returns to Chads lair with idealism in his heart and the inevitable loss of control written all over his face. Chad not only got the girl there really never was a competition but he will also force Howard out and leave him clutching his pathetic dreams like a wounded animal. We notice that Chad continues to sleep with the woman he said he had recently dispatched, which surprises Howard, though it wouldn’t if he was more sophisticated about the corporate game. Why did he do it, Howard asks, proving again that his position in life is ebbing by the second. Because I could, is the response, which is the only possible retort, given the circumstances. Power exists to be exercised, even if arbitrary and seemingly thoughtless. It’s reached the status of a cliche, but the hunt is never about the catch, and even Chad’s cruel abandonment of Christine was an afterthought; a necessary conclusion to the true source of his emotional satisfaction. In many ways, the final tears were anticlimactic, something to hurry along to provide the expected closure. 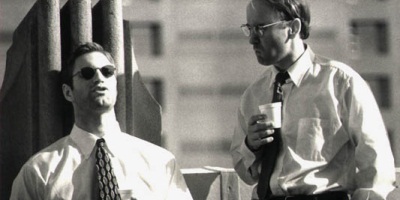 As flies to wanton boys are we to the gods; they kill us for their sport. And so it is in the company of men, and women only flatter themselves to think it is otherwise. If we marry and have children at all, it is to seek refuge from this blood sport, though even then it is but a temporary relief. Men are always eyeing the arena, and will seek it out once the calls for self-fulfillment drown out the less invigorating pleas of domesticity. So let the female critics tear LaBute’s piece limb from muscular limb, but while their protests are motivated primarily by the deeply rooted shame of knowing that a host of Chads litter their assorted pasts, remember that above all, it is an insecurity that casts the longest shadow. For they know that when the table is set, their calls are but a secondary din to the noise of the marketplace.