Home / Banner / How To Deal With Conservative/Paranoid Facebook Friends 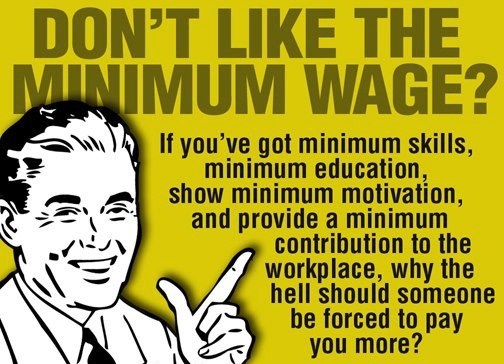 Facebook is pretty much the Gettysburg of the internet culture war. It’s the epicenter of binary bloodshed. Houses are divided, attacks are vicious, and no matter what happens, you will see body parts you wish you hadn’t.

We can’t help it. Even the wussiest amongst us are embolden by the internet. I think Sir Friendzone from Game of Thrones said something like: There is a beast in every man, and it stirs when you put a keyboard in his hand.

I know that rings true with me. I once wrote that cops are just a bunch of enraged simpletons with hero-complexes using our justice system to exorcise their own feelings of inadequacy. No matter how much I believe that, I’m still going to say, yes sir and no sir if I’m arrested for saying a curse word in a Chili’s or whatever. Point is, the internet gives out everything from soap boxes to record deals, and we all have the urge to share anything that feels empowering or righteous; however, this has its drawbacks because some people feel righteous in saying gay people are going to hell. Some people feel empowered by calling for illegal Mexicans to be shot.

This has caused the world of social media to descend into some World of Warcraft/role playing version of itself. For instance, I know a habitually unemployed adult male who lives with his parents who has squandered every opportunity to ever cross his path, but on Facebook, he is The Mighty Wizard of Personal Responsibility, throwing lightning bolts of justice at welfare queens and lifting Obama’s spells over the liberal populace (one shared photo at a time). 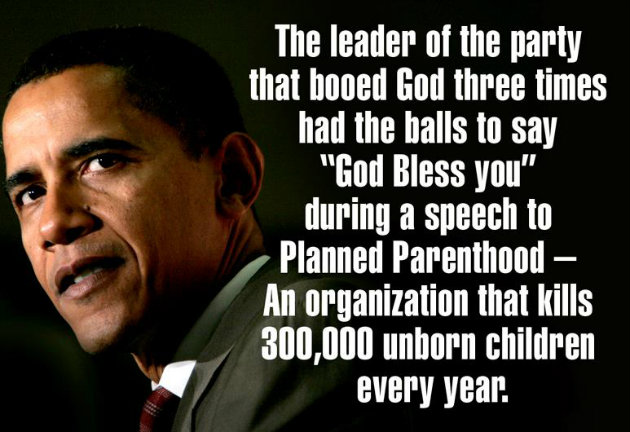 I know real life drug addicts who masquerade as high priests in the temple of Cartoon Jesus. I know emasculated, failure men who wear the armor of white pride in the Reverse Racism Wars. To an insider who actually knows these people, it’s pretty embarrassing. This sort of thing used to get on my nerves, but now it’s probably the main reason I enjoy social media.

1.) Taking joy in the rage/disgust of the disillusioned

3.) How else am I suppose to stalk every semi attractive girl I come across?

Now here is where things get political. I’m a liberal, but I’m not going to try and argue the merits of liberalism/conservatism here. Basically, it’s like this: I live in a red state chocked full of stupidity, and my liberalism may be a knee-jerk reaction to things I find ignorant, cruel, and illogical. It’s quite plausible that if I was raised in a commune full of blowhard hippies, I would be a dolphin-eating, assault-rife-carrying xenophobe with an Ayn Rand tattoo on all my indentured servants, but I’m not. So this is how I deal with my conservative friends on Facebook. First, we have to identify the main types of conservative Facebook posts. They usually fall into three catagories: 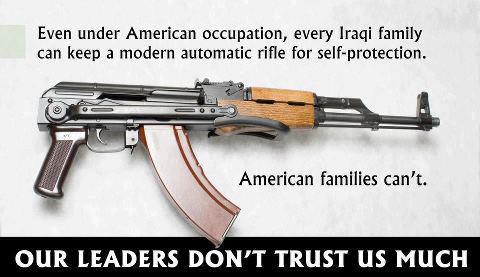 For instance, I’ve seen, Since liberals are against the death penalty, how come they let innocent babies die every day? and there is a picture of a bunch of aborted fetuses in a bucket or something.

Another good one is, Obama congratulates Jason Collins for being gay but won’t let schoolkids say their prayers! Where is our freedom!?

It’s almost like one’s sexual orientation isn’t the same as their religion. It’s almost as if a bucket full of fetuses deserves a different line of reasoning than our penal system.

What’s next, Obama lets Jay-Z visit Fidel Castro but won’t let Ted Nugent’s ranchsecedefrom the United States! We have no rights under this administration! And then there is a picture of a bald eagle being force fed organic kale. I’d like to post that and see if my conservative friends realize it’s a joke. 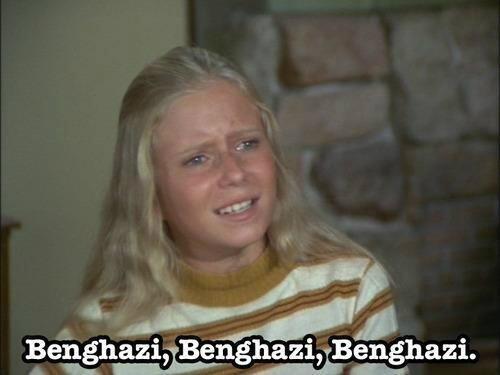 This is just thoughtless, repetitive, unoriginal posturing. Basically, just the dumbest most vile sentiments are distilled into pure, unadulterated stupidity then beaten into a pulp. Some great one’s I’ve seen:

If you come for my guns, I WILL KILL YOU! and a mean looking cartoon guy holding a gun is aiming it at you.

Worst President EVER! and then a picture of Obama next to the twin towers on fire.

Here is my version of this idiocy: Obama Care KILLS! and then a picture of Kanye West in a lab coat sawing your grandma in half.

There once was class full of….

These are by far my favorite conservative Facebook posts. They are often parabolic tales written by idiots for idiots. If it was a clothing company it would be called BIFI and it would be a collection of jorts that have loop holes that secure you to your mobility scooter. Anyway, in these parables, a brazenly distorted version of socialism is usually used to show that liberals just want to reward lazy people and take all your stuff for themselves. Here is my favorite parody of one of these things:

Now angry conservatives with keyboards are a joy, but you don’t know bliss until you’ve read the meandering, paranoid rants of a conspiracy theorist who has went down the rabbit hole and come back out covered in the placental goo of the Infowars.

We’ve all wanted to be spies at one point, dreamed of engaging in Bond-esque covert activities. Well, imagine you can feel all the emotional rushes of being a spy, without having to set foot in Langley or pass an intelligence test. That’s right, you can be an agent in the Infowars, where there are no coincidences and everything from natural disasters to the rise of Honey Boo Boo is a carefully crafted plan by the puppeteers to enslave you. 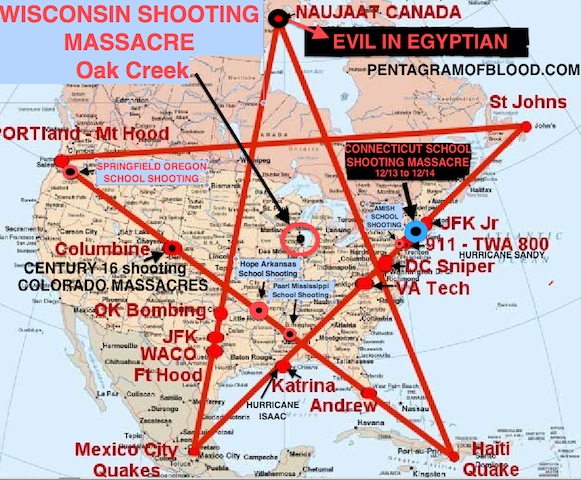 And get this, you’re never wrong. You always win. You’re always one step ahead! For instance, Obama wants to take your guns and ship you to FEMA camps. He didn’t do it in his first term, but that was just proof that he was waiting to get re-elected. Now it’s his second term and everybody knows it’s coming, so they stock up on ammunition. Now there is an ammunition shortage, which is exactly what Obama wanted! He’s about to strike! Everyday he doesn’t strike just proves he is about to! You saw it coming all along! You’re ready! You’re important! You’re a somebody in this war! Spending your nights watching ominous Youtube videos about the the secret society that runs the world has finally paid off! Aurora Colorado? False flag. Newtown massacre? Called it. The Boston bombing? Amateur hour with the same crisis actors. It’s like they’re not even trying to fool you anymore. But you keep fighting…you keep digging… you keep freeing others from the Matrix with every shared video.

Oh where art thou tonight, thou valiant info warrior? In a dark room, profile illuminated by the light of the underground blogosphere, the Dorito dust has caked into a paste and sloughs through the cracks around asdf. You tap away, each stroke slowly brings down the powers that be. No time to sleep. You’re hot on the trail. Better crack open another Dr. Pepper. Gonna be a long night. Got work tomorrow, but sleep can wait. This is too important. Oh look, a laser sight for your AR-15. Forty percent off, don’t see how you can pass that up. Your kid doesn’t have a college fund, but if you don’t fight Obama, there won’t be no college for him to go to. While you’re at it, better spring for the ambidextrous sling attachment. If you don’t weaponize your range of motion, the Tooth Fairy will throw George Washington’s wooden incisors into the lake of Hugo Chavez, creating a National Gun Registry to materialize in the hands of Reverend Wright. You’ve got to stop this! That’s right, add that sling attachment to cart. Crisis averted. Gottem right where you want em. Check and Mate. Nice try, Obama. Oh look, another black quarterback, just like the Bible predicted. We are truly living in the last days. Better update my Facebook. Gonna be a four Pepper night.

That’s pretty much how I imagine the bat shit crazy libertarians spending a Tuesday evening. If you have any on your Facebook, you should never interact. If you argue with them, they will think you’re a government agent. If you agree, they’ll be suspicious that you’re an undercover government agent. If you mock them, they are going to kill you first if they suffer a psychotic break. They are beautiful, rare hummingbirds, and if they fluttered across your path by divine providence, you shouldn’t move a muscle. You don’t want to scare them away or alter the crazy in any way. This is nature. Don’t intervene. Slow your breathing. Look with your eyes. Don’t move your neck. Watch them hover from flower to homemade flame thrower. Zip it. This is when you just observe one of nature’s most precious gifts. 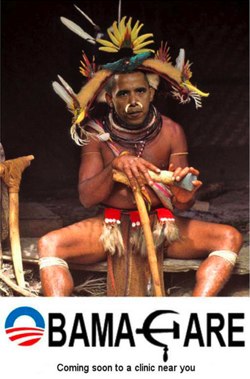 That’s how you deal with the mighty culture warriors who clog up your social media sites. You let it go. You enjoy them, but try not to feel too smug about it. Chances are, some aspect of their life might trump yours. What if they have given thousands of dollars to a charity for legless Cambodian beauty queens? Still feel noble about buying a box of girl scout cookies? Oh, your dog is a rescue from a shelter. Well Libertarian Larry rescued a family from a flaming car on his Grand Canyon trip back in 1982. Point is, actions speak louder than words, and yes these right wing assholes might spout paranoid ignorance, cruelty, and racism, but you have to remember, it’s the internet. If Obama walked up to half of them, shook their hands, and placated them for ten minutes, they’d be so starstruck, they’d ask him to run for a third term. Let’s try to give them the benefit of the doubt, unless we know for sure they are sub-human pieces of shit. And if that’s the case, keep an eye on them in case they start buying fertilizer and ball bearings. And even then, make sure they are not just starting a fertilizer and ball bearing store before you contact the local authorities.