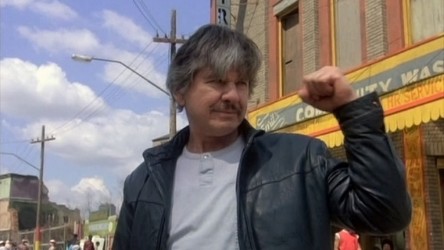 On brighter days, I will think fondly of my first exposure to The Godfather or Taxi Driver, or how I felt when Kurosawa first came into my life. My spirits will lift and my outlook will soar with possibilities as I contemplate Truffaut, Kubrick, Scorsese, or Ozu. And those wonderful characters – Corleone, Joad, Kowalski, LaMotta, Kurtz, McMurphy – dance in my head with the vision and ecstasy that only cinema can provide. And yet, there is Paul Kersey. More than that, there is Charles Bronson as Paul Kersey, arguably the single most effective character sketch ever transferred to screen. The brilliance, the subtlety, the various shades of complexity and nuance, the effortless charm and daring. Fine, I’m full of shit, but if it is possible for you to watch Death Wish 3 – my choice as the single guiltiest pleasure ever put on screen – and not be entertained and brought to your knees in tears of laughter and naked pleasure, then I ask only that you check your pulse. Or your head. Or both. Simply put, Death Wish 3 is, after all these years and all the masterpieces, classics, artistic triumphs, and challenging works, the film I still return to as the most fun I’ve ever had while watching a movie. I’ve seen it at least a dozen times from start to finish, with another dozen partial viewings. And yet, despite knowing every word, every monologue, every blood-soaked death, I could watch it again right now without interruption. Its release on DVD is, at this moment, even more important to me than world peace. So is masturbation, but that’s beside the point.

I can anticipate your first question – is it necessary to see the first two films of the series in order to understand the third installment? Of course not. Death Wish 3 is not a continuation, nor is it an advancement of characters or plot lines; it is only a 90 minute turkey shoot. A madhouse of rape, torture, brutality, explosions, and savage murder without even a hint of story. Fine, Paul comes to New York City to visit an old Korean War buddy, who in turn is murdered by a gang of street punks, whereby Paul is wrongly arrested and set free only under the condition that he murder the street punks as a favor to the hard-nosed police captain who has given up because his men are murdered by the dozens every day. Good enough for you? Paul is put in the same jail cell as the reverse-mohawked leader of the gang, who is being released that day, and the two get in a fistfight. Paul is released and agrees to the terms set down by the police chief. Paul then teams with an old man, a grieving widower who watched his wife get raped and murdered, and other fed up residents of an apartment complex that would fit comfortably in downtown Beirut. Paul kills people the old-fashioned way of course (shots to the head and chest), but also uses MacGyver-like tricks to lure unsuspecting gang members to their doom.

It would be impossible for me to tell you how many people die in the course of this film, but it would be safe to say that no less than 500 people meet their untimely demise. People are shot, stabbed, thrown from rooftops, raped, set on fire, hit by cars, beaten with chains, blown up, punched, kicked, and strangled. Old women are bludgeoned, old men knocked to the floor with 2X4s, and defenseless teenagers stabbed in the neck. Big-titted whores run topless through the streets, men are chased by gangs bearing plungers, and no-good punks are attacked by screaming women armed only with brooms. While people die by the score throughout the film, the final twenty minutes are the bloodiest in film history, easily surpassing the opening of Saving Private Ryan, the entirety of Ran, and the final scene of Glory combined. Interestingly enough, all of this unsurpassed carnage is carried out by Paul and the embittered cop, walking the streets like two outlaws in their own private shooting gallery. People pop up, out, and from behind cars, buildings, and storefronts, all to be mowed down in a sea of gunfire. Why? As far as I can tell, because the residents got tired of having their televisions stolen and paying local toughs five dollars every time they left the house. 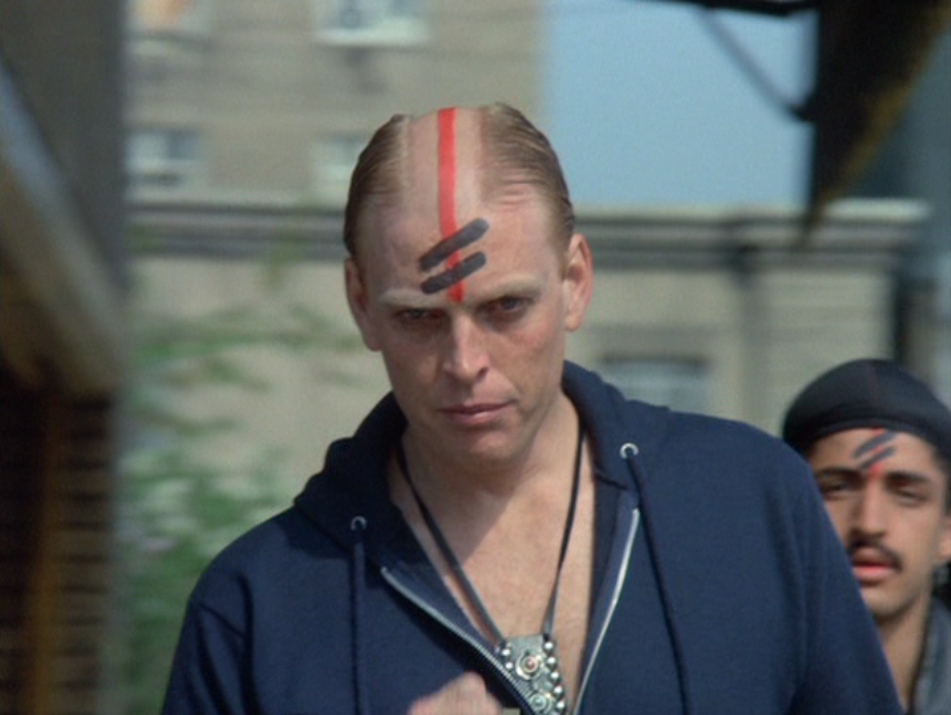 All told, because of the violence, wooden acting, and grotesque plot developments (Paul falls in love with a woman young enough to be his granddaughter and yes, he sleeps with her and yes, she dies horribly minutes later), this film is funny as hell in addition to being action-packed. On my first viewing, I laughed so hard that I fell off the couch with tears streaming down my face. Why, I can’t tell you. Still, I have told several friends about the film and they too had the same reaction. Maybe it’s a guy thing. Maybe it’s a guy-who-isn’t-getting-laid thing. Who knows? But for non-stop fun, death, and mindless joy, check it out. It’s Bronson’s, perhaps American cinema’s, finest hour.