Great Cocksmen of the American Presidency (Who Are Not Bill Clinton) 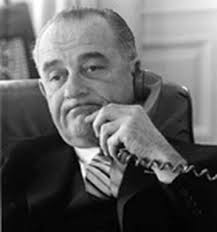 Famous Quote: I’ve had more women by accident than Kennedy had on purpose.

The State of His Unions: Though LBJ is rumored to have spent a good 35% of his presidency in the sheets, he is most famous for using his cock to explain foreign policy. When a reporter once asked him why American troops were in Vietnam, a furious Lyndon unzipped his trousers, took out his, err, Johnson, and roared, This is why! Seemingly crude and juvenile, the connection between virility and war, openly admitted, became the most honest moment of his or any other presidency. Though likely apocryphal, LBJ is also thought to have slipped unnoticed into the bed of a young aide, whispering gently, “Wake up, this is your president”. While most of his assignations took place in the White House often within earshot of Lady Bird LBJ is known to have fucked in the Senate cloak room, the Capitol men’s room, the Lincoln Memorial, Fords Theater, and, most tellingly, during an especially tedious filibuster. Though history denies it, many have long believed that he was in bed with a secretary during his fatal heart attack in 1973. And while its not out of the realm of possibility for Johnson to have taken a nap in the nude, the massive, postmortem erection is, admittedly, more difficult to explain. 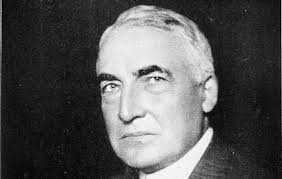 Famous Quote: Americas present need is not heroics, but healing; not nostrums, but normalcy; not revolution, but restoration; not agitation, but adjustment; not surgery, but serenity; not the dramatic, but the dispassionate. Now if you’ll excuse me, I intend on spending the next four years up to my elbows in cheap pussy.

The State of His Unions: By now, we all know about Harding’s numerous affairs, out-of-wedlock children, and predilection for sex in coat closets. Few blame the man, given that he married the left guard from the Canton Bulldogs not for love, but the standard power/money/influence nexus. Still, there was a bizarre recklessness to the man, as he literally handed over the keys to the kingdom while he spent most of his time either drunk, erect, or completely passed out. His trust, bordering on naive, helped usher in numerous scandals, including Teapot Dome, graft in the Veterans Bureau, and the little known Night of the Long Knives, when Harding himself is thought to have stabbed three prostitutes to death in a fit of rage after losing $2.6 million in an impromptu poker game. Despite his rank stupidity, perversions, and open defiance of social convention (he thanked six mistresses during his 1922 State of the Union), he died one of Americas most beloved Chief Executives, largely due to his stunning good looks, deep, masculine cadence, and the general lack of Twitter and Facebook. 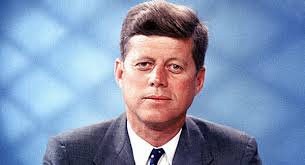 The State of His Unions: It might be easier (and shorter) to discuss who JFK didn’t fuck, but historians aren’t really sure they can come up with a single name. What they do know, however, could fill several dozen file cabinets: each and every secretary, intern, socialite, or tourist who passed by or through the White House in those years was tagged, fucked, and sent packing with equal haste. He fucked friends, enemies, spies, Mafia whores, prostitutes, cooks, maids, and even the occasional cab driver. He fucked at his desk, in the presidential limo, on the phone, and during at least two cabinet meetings. What he didn’t do, however, was last very long. Known far and wide as the most selfish lover ever elected to high office, JFK was known to pride quantity over quality, believing that, with his numerous health issues, time was indeed short. As such, he always shot for personal bests: five in an hour, two dozen over a long weekend, even four at a time when the mood struck. And, given his back trouble, he was limited to receiving oral, which fit nicely with the Kennedy tradition of misogyny and male privilege. 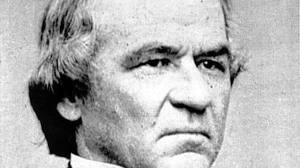 The State of His Unions: Andrew Johnson was a drunk. A stinking drunk, if were being honest. And, all things considered, the worst president in American history. He was a backward, illiterate savage from a rural Tennessee sewer, and had he not been blessed with the one chickenshit assassin that sad April night, he would have faded away into the grave long before he fucked over former slaves, the entire South, and pretty much the whole world during his hellish four years in office. Overriding a presidential veto, used once or twice from 1789 until Andy stumbled into the White House, was invoked no less than 3,400 times during his tenure, give or take a few. He was crude, mean, ugly, brutish, and impossible to like. And yet, he might be history’s most prodigious sex machine. It is said that from 1855 until his long-overdue death in 1875, Andy Johnson had sex at least 13,000 times, never with the same woman. Such staggering sums can, of course, be owed to AJ’s massive tool, then and now the presidency’s largest, but deep dives into the archives also reveal a more sinister truth: all but three were unquestionably the result of rape. And if farm animals are subtracted from the total, were barely out of the triple digits. Still, what Andy liked, Andy fucked, giving new meaning to his historic and utterly embarrassing swing around the circle. 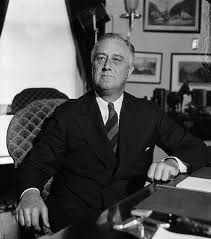 Famous Quote: You’ve seen the wife, have you not?

The State of His Unions: Consider: for most of FDR’s adult life at least the years that mattered the man was sickly, broken, and reduced to a wheelchair. As we know, far from feeling sorry for himself, Roosevelt jumped into the soothing waters of Warm Springs, dusted off some can-do, and before you know it, was Governor of New York and President of the United States for twelve goddamn years. Outside of Lincoln, we’ve likely seen no one better. Still, as cool as all that is, its more important to remember that despite being a cripple, FDR upped the ante on pussy from paralysis forward, becoming the first real playboy president. No ones really sure what he could do (was his penis functional?), but the women flocked to his bedside like flies to shit, and it was all he could do to keep them from turning the Oval Office into a Marx Brothers stateroom. Franklin loved, and loved often, and of all the men and women to wander Americas roads from birth to death, he alone has declared war and gotten blown on the same day. I’m not sure there’s a more impressive accomplishment. Not even the moon landing. When so many of our modern gimps bitch and complain about limitations and discrimination, here was a human being so bent on making his mark that he saved a nation between handjobs.

And, for your reading pleasure Assholes of the American Presidency