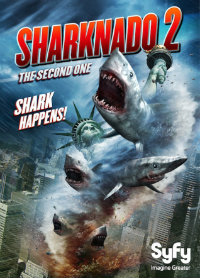 Flying Sharks and Product Whores make this a stinker

I vividly remember a sweltering Saturday night in July of 1975 when my wife and I stood in line with a couple of thousand other people at the Park Theater in Memphis, Tn. We finally procured our tickets, found a couple of empty seats and I purchased two large Cokes to quench our thirst and returned to my seat. Every seat was occupied as we prepared to watch a sizzling movie that changed forever the way humans viewed the ocean and its horrifying contents. Ill never forget Clint’s nails on the chalkboard and I’ll never forget the 2 hours of the same that I endured last night as I watched a travesty called Sharknado 2. 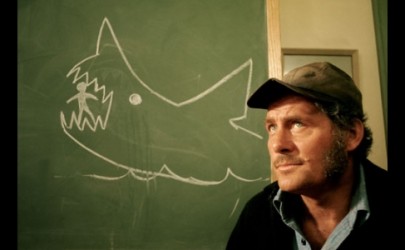 Sharks have been on this earth around 450,000,000 years. I’m confident that if they could assemble and communicate, they would gladly agree to jettison 100 million years of streamlining evolution just to peacefully live in an era of time that did not include Asylum Films and Tara Reid. Never before in the history of film have these magnificent creatures been so misrepresented, disrespected, taken out of their natural element and Subwayized.

I’m not going to waste a lot of time with this review. Sharknado 2 was awful on all levels of bad and was stripped of all the energy and humor of the first offering. The initial ten minute plane landing scene that was trying to tribute to Airplane was painful and seemed to drag on for an hour. My hopes for an early exit of Tara Reid were dashed as she survived the mid-air shark attack and only lost a hand. I think that one huge reason that this movie went down the toilet is that they went out of their way to try to humanize Tara Reid in this issue, and failed miserably. Gone was the brooding indifference that we all loved in the first film. She was even more horrible when she tried to smile and act, and what in the hell was the point of the scene where she rescued Little Orphan Annie from behind the dressing screen at the hospital? WTF? 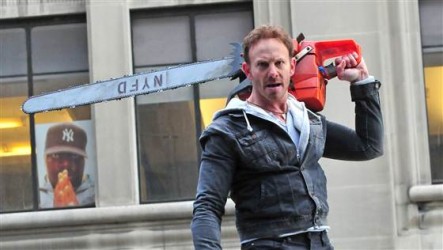 The plot was worse than horrible with Fins goofy brother and family being in the way of everything…Why were they even there? As the movie mercifully progressed, we had flaming sharks from above and lurking sharks from rising waters below. Without going into any more painful details, the New Yorkers were rallied and with brooms, pitchforks, torches and Booyahs!, they managed to defeat the sharks and tornadoes and restore order to the city.

I must mention the relentless product whoring that began immediately with two Coors Light cans on the airplane and continued with Subway everywhere, with even that worthless Jared making a cameo. There were homages to Airplane, The Evil Dead, Happy Days w/Fonz and continuous product slutting with Yellow Cab, Citi Bike, more Subway and no telling what else I missed while I was dozing off. Oh, and the number of cameos was too many to count. For a good list of these people, click here as I am too lazy to do it in this review.What made matters even worse were the incredibly long commercial breaks, but considering what I was watching, these may have been a blessing in disguise. 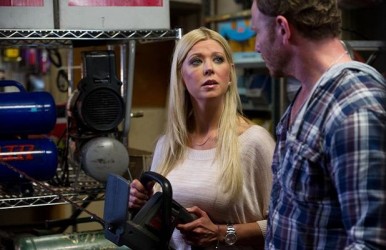