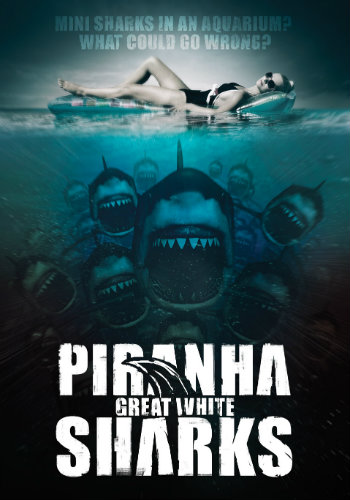 A masterpiece of aquatic comedy.

Piranha Sharks. It has come to this. Normally I would not even be exposed to this movie, but I got a nice e-mail from Benjamin Kanes deploring the latest pile of shark shit from Asylum, in the form of one Sharknado 2. He threw it down and said that they had done better with their movie and would I review it? I said Fine and became one of the 121 individuals who actually purchased and watched this movie. The release date came and went, but hey, this is Piranha Sharks and we will just do it our way and when we get finished, thanks very much. 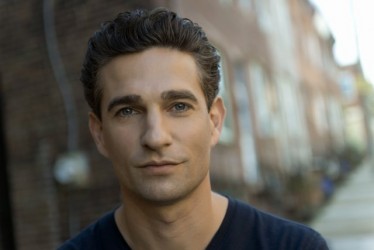 Needless to say, I was not expecting much, but I was pleasantly surprised to have watched a well-made, competently acted and crisply edited film. With a budget of only $750,000 my expectations were low,and if you are looking for an endless stream of gory CGI, you won’t find it in this Science Fiction film. Watching Piranha Sharks will also yield no nudity, gratuitous profanity or shameless whoring of products, but what it does deliver is some great acting and back and forth exchange of zippy and hilarious dialogue. The story line is pretty much about genetically engineered piranha sharks that are sold by a Billy Mays clone on late night TV for $19.95 + shipping, a perfect Christmas gift! Of course, things go terribly wrong, and the mutant fish reproduce like the Duggars and the water supply of New York City is filled with these creatures that can now fly and breathe air. The trouserless and absurd Mayor entrusts a rag-tag group of Exterminators to save the day while the Pentagon, in its infinite wisdom, just decides to nuke Manhattan to solve the problem. 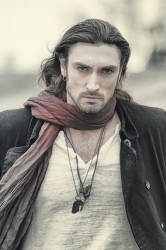 What Piranha Sharks lacks in gore and CGI chaos, it more than makes up with dark humor, great acting, and wonderful dialogue and interaction between the characters. Amy Blackman as Dominique was tremendous in her role, but John Wells as Wally stole every scene that he was in. Wally looked and acted like a cross between King Aragorn and “The Dude” in The Big Lebowski. He was totally over the top and the way that he found the cure for the fish infestation and saved the day was simply inspired. Oh, and I thought I would seize when I saw and heard the tourettes-afflicted, blinded by science and barking assistant of the Mad Scientist. Piranha Sharks also paid homage to several movies, especially Ghostbusters, and Aliens, but never pushed the association too far.

This film was highly entertaining and surprisingly well done. You could pick out almost any two-line exchange in the movie and it would be superior to the entire script of Sharknado 2. The only criticism that I might have is that the movie dragged slightly in the strip club and bar scenes, but the cuts back and forth between the scenes reflected competent direction and editing. Jose Canseco was also in the movie and I’m not sure why, but fortunately they didn’t let him ruin it. Sure, the movie was light on gore and effects, but I enjoyed every minute of it and would recommend it for a guilty pleasure. Piranha Sharks is only available from Amazon, (Edit, and on itunes) just click on the link for an easy download.