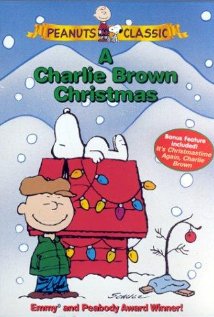 Voices of people who are probably now dead

A Charlie Brown Christmas Special (1965) Virtually everyone is familiar with the comic strip Peanuts created by the late Charles M. Schulz (1922-2000), as well as the ancient animated Christmas TV special. The main character is Charlie Brown, who lives in a bizarro world, where the landscape is bleak and snow-packed during the winter season. His peers are either cruelly ruthless or deeply disturbed, complete with fetishes and obsessions, and there are no adults around to supervise the madness that ensues. As you might imagine, Charlie Brown, because of decades (in kid time) of emotional abuse, is paranoid, and his self-esteem issues are exacerbated by the looming holidays and the associated Christmas depression that will hit like a sledgehammer. He is precocious in his madness, and no one portrays misery quite like this tortured little loser.

As Charlie glumly reflects on the age old trick question of “What is the true meaning of Christmas”?, Lucy throws him the inevitable anvil by insisting that he direct the Christmas Play, knowing that he will fail miserably and not be able to control the recusant cast. Lucy is the ultimate Jezebel, the consummate bitch, toggling between whoring after Schroder and emasculating Charlie Brown. She is especially intimidating in her Psychiatrist’s Booth, and she makes the vapid and hapless Charlie Brown pay for the abuse as well. No one is better at tossing a kid under the bus than Lucy. Whether it’s jerking the football, which is a metaphor for the vagina and women’s willingness to withhold sex and use it to manipulate men, or jerking his chain, Lucy always dominates the helpless Charlie.

Of course, Charlie approaches this new challenge with his best effort, which as we know, is woefully inadequate. Obsessed with their own selfish agendas, the cast of the play dances to a jazz jam banged out by Schroder, totally ignoring their born to fail Director. After Charlie Brown fails to gain the confidence or attention of the kids, Lucy sends Charlie off to the ultimate mission, procuring a Christmas tree for the play. Poor Charlie takes the bait, and enabled by his own grappling with a commercial Christmas crisis, picks the lone natural tree at the lot, a pathetic twig, a sign and a symbol of his own inadequacies. 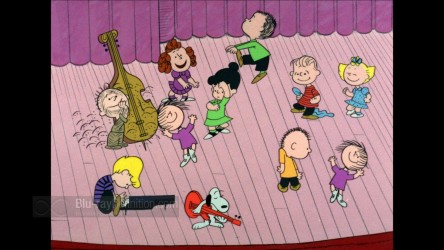 I have to mention the dog, and Snoopy is the predictable inter-species traitor and energy thief that continuously consorts with Lucy and others to undermine Charlie Brown. As Charlie so accurately reflects… “Mans best friend?” Snoopy succumbs to the siren calls of a Christmas lighting contest and wins First Prize in decorating his dog house, further magnifying Charlie Browns deficiencies.

Is all lost? Is there no hope for Charlie Brown and his Christmas dilemma and depression? Linus and his chameleon like blanket save the day and quotes the all too familiar verses from the Gospel of Luke, Chapter 2: 8-14 to impact the children and steer all involved to reflect on the real meaning of Christmas. The tree is rescued and decorated by cannibalizing the glitz and glitter from Snoopy’s award-winning dog house, and all is well as the children gather around the resurrected tree to sing Christmas Carols. Credits roll, how touching.

Really? Now what can I possibly find wrong with this cute and uplifting TV special that packs an always timely message about the true meaning of Christmas? This review will most assuredly be viewed by Christians as just more evidence of the ongoing War on Christmas by the Evil Atheist Conspiracy that is poised to obliterate all traces of Christmas and Christianity with their vulgar and heartless Happy Holidays instead of Merry Christmas. That’s another rant, so lets concentrate on A Charlie Brown Christmas and its embedded message about the true meaning of Christmas. Not to beat a horse to death, but it is a well known fact that Christmas was actually borrowed by Christians as a direct cop from earlier Pagan celebrations, namely the Roman Saturnalia and the Norse incorporation of the mighty Nimrod St. Nick. The late December celebration evolved into the celebration of the return of the sun, or what we know as the Winter Solstice. 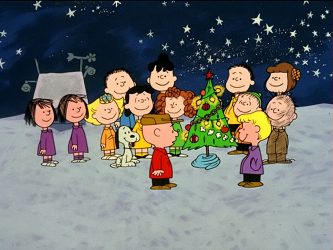 The irony of the message from Charlie Browns Christmas Special is damning. Not only is the Christmas holiday stolen from other pagan celebrations, but the shows symbol of Christmas, the long suffering but subsequently decorated and revived Charlie Brown tree, not only is borrowed from pagan cultures, but is forbidden in the Bible. (Jeremiah 10: 1-5).

Other than the fraudulent, hypocritical and ironic message contained in this TV Special, it is just depressing and creepy. The animation is amateurish, even for the time period, the commercialism that they decry is still there in all its crass and shrill glory. Our hero, Charlie Brown is a blockhead for continuing to make the same stupid mistakes. Christmas can be depressing enough without this dreck. If you want the real meaning of Christmas, you can find it here.