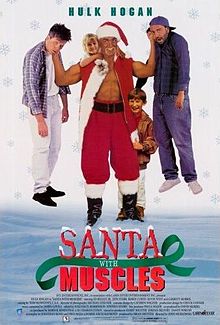 Bad, bad, bad, BAD. With the possible exception of Santa and the Ice Cream Bunny, Santa With Muscles (1996) is not only the worst Christmas movie ever made, but it is one of the worst that could be made…ever. Weighing in at a whopping 2.4 at IMDB and ranked in the bottom 100 movies of all time, you know it is going to be beyond terrible, and it was. Nothing other than actually watching this 97 minutes of Hell can prepare you for how incompetent this movie actually was. On to the review. 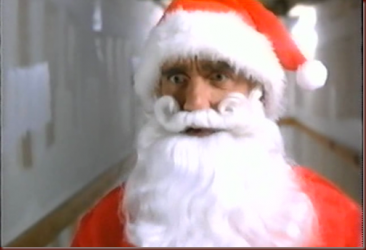 I just can’t. The plot of this movie is so preposterous that it can’t be articulated. O.K., I’ll try, but in short quips.

The Plot of Santa with Muscles: 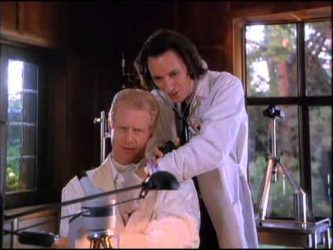 Now, aren’t you glad you asked? There are great movies, good movies, mediocre movies and camp movies. And finally, there is Santa With Muscles. The actors, and I use that word as a theoretical term only, did not even know their lines and there was apparently no attempt at any serious editing. The story line and writing must have been composed by a toddler with a crayon on a Big Chief Tablet. There is nothing else to say. Merry Christmas.

Please Note: No one has to pay to watch this trash. If you are masochistic enough to want to, it can be watched FREE on YOUTUBE. 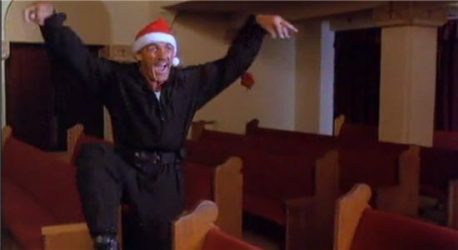 Special Ruthless Ratings -or- Things I learned from Santa With Muscles: