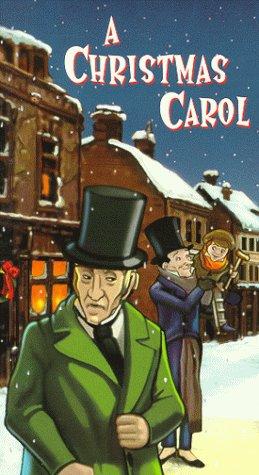 An award winning short animated version of the Dickens classic.

Here is yet another version of my favorite Christmas classic, Charles Dicken’s A Christmas Carol. This is an animated short made by the great, late Richard Williams. As far as I know, this is the only version of A Christmas Carol to win an Academy Award; it won for Best Short Subject, Animated Films. It featured the greatest Scrooge ever, Alastair Sim as the voice of Scrooge. It also cast Michael Redgrave as the narrator and Michael Hordern as the voice of the Marley ghost.

This is not your run of the mill cartoon animation, and I’m not surprised this thing won an Oscar. This is by far the best animated version and the visuals are quite powerful and are based on original illustrations from the Dickens story. Alastair Sim is his usual magnificent self as the voice of Scrooge and the pace and editing are as…well, tight as a drum.

This version is not a cartoon made for children, and might just scare some of the younger ones. The only negative I can think of is that it is short, only 28 minutes long, but with superior editing, all of the critical lines from the original are included. You can watch this very worthwhile version free on YouTube.

8.5/10.0 With the Goatesians rating of A Must Watch if you love Scrooge.