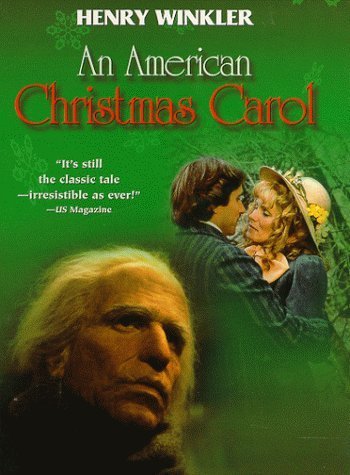 Set in America in 1933, a bitter miser is given a chance of redemption by 4 Christmas Ghosts

An American Christmas Carol is yet another adaptation of the Charles Dickens classic. This rendition, however, is not set in 19th century London, but in New England, and during the Great Depression. The story is similiar to the classic A Christmas Carol, but a refreshingly unique variant of the familiar story.

Benedict Slade is an unpleasant and miserly old man who runs a Savings & Loan business in a small New England town. It is 1933 and America is gripped in the throes of The Great Depression. Most people are struggling and cannot pay for goods that they purchased when times were much better. Unemployment was high because the granite quarry had shut down, leaving many without resources or hope.

Slade and his reluctant clerk Thatcher are not hesitant to serve papers and repossess goods from unfortunate debtors, who beg for more time to pay. Slade even fires Thatcher when he dares to speak up against the heartless tactics employed by Slade. Slade is left alone on Christmas Eve in his warehouse full of re-po’d junk.

You know where this story is going. Slade is visited by 4 ghosts, forced to view his life and the choices that he has made. This is so that he might seek redemption and change the ominous future. It is a different country and time period, but the flow chart is essentially the same as in all the other A Christmas Carol versions.

An American Christmas Carol was a made for TV movie, and it shows. Henry Winkler was at the top of his career as the beloved Fonzie and made a valiant effort at playing the Scroogesque character that we are all familiar with. The most noticeable failing in this movie was the hideous job that was done with Winkler’s make-up. He did not look old, only grotesque.

Henry Winkler is most effective when the Ghost takes him to the Christmas Past. There is a lot of attention to detail in the character development of a much younger Slade, and we are given a thorough character road-map that shows why and how Slade became the morose miser than he was. An American Christmas Carol marches on to its predictable happy ending.

An American Christmas Carol is just a middle of the road version of the Christmas Classic. It is hard to not come to the conclusion that Henry Winkler, in spite of his efforts, was horribly miscast in this role. I’ll give this version props for bringing a truly unique slant to the Dickens tale, and this movie was far from being un-watchable.

6.5/10.0 With the Goatesians rating of Worth a watch if you are a Christmas Carol fanatic.