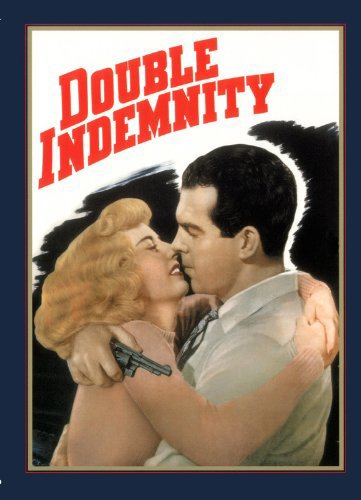 A confident insurance salesman falls for the femme fatale, and they plot to murder her husband.

In a just universe, we’d all toil tirelessly in Billy Wilder’s cinematic fantasy, never once questioning his authority or perspective. There have been more visionary artists to be sure – and certainly more ambitious – but few are as perfect a fit for any occasion. Because of his genius regarding the melding of humor, pathos, and biting commentary, he is never out of style, and isn’t likely to get there any time soon. His films are rarely laugh-out-loud funny, but he so often gets to the heart of humanity’s near constant flirtation with the ridiculous that it’s enough to smile knowingly. And when he forgoes the jokes entirely and seeks only to join us for a dip in the bitter sea, he’s all but untouchable.

With Double Indemnity, a film on any true cinephile’s short list as one of world cinema’s greatest achievements, he joins forces with the equally inimitable Raymond Chandler (as well as James M. Cain’s source novel) to flesh out characters so memorable, and dialogue so lethal, that’s it’s all one can do to suppress the hysterics. It’s a film of unconquerable cynicism and misanthropic resignation; the portrait of a world seemingly untouched by global war, but just as depraved and murderous as anything soaking the sands of Europe. It’s not only the ultimate – and best – film noir, but absolutely perfect from the first frame to the last. It’s one of the few films made that deserves a Nobel Prize.

How good is it? If you’re looking for the study of deception, mendacity, greed, and sex, go no further than these 107 minutes. Fred MacMurray (Walter Neff), underrated if any actor ever was, cuts so fine a masculine line that we’re nearly forced to wipe the perspiration from the screen. He’s a sucker, sure, but who wouldn’t fall for that sweet smell of honeysuckle and an anklet that begins where one helluva gam ends. The femme fatale in question, Phyllis (Barbara Stanwyck, never sexier, despite not being an overly sexy woman elsewhere), is every man’s dream, yet for every roll in the sack or sweet kiss on a wet, moonlit night, you’re bound to get a dose of lead in the belly. She’s worth killing for, of course, but just as worthwhile to die for. For even when Walter lay dying in his place of work, having confessed everything to his boss through a Dictaphone, we can see by the look in his eyes that he’d do it all again. After all, what’s he going do – sell insurance to little old ladies all his life?

And what about Neff’s boss, one Barton Keyes, played with perfection by the legendary Edward G. Robinson? Oscar should have seen fit to roll out the red carpet for this one, but as usual, they had no idea what they were doing. Hell, while we’re on the subject, will anyone care to pause one moment to reflect on that year’s Best Picture winner, some forgettable claptrap called Going My Way? But we all know better – the World War II generation wasn’t ready for what this film had to say about the home front, and only now can we see how right they got it. Ahh yes, Barton Keyes. He’s the moral center of the film, which in this world means little more than a man who does his job, all at the expense of a social life or genuine meaning.

Keyes’ instincts never fail him, and he always gets his man, but at the end of the day, he’s drinking alone. But no pity, thank you, as he’s secure in his own skin; puffy, squat, and hardened as it might be. And as we learn, he loves poor Neff,; a relationship that skates very close to homoerotic longing, but might have more to do with the sort of connection two pathetic souls can best express without words. But my favorite Keyes moment occurs when he’s escorting a witness from the office and, upon hearing that the man would like to stay an extra night to visit with a noted “osteopath”, he declares, “Osteopath, huh? Well, just be sure not to charge that to your expense account.” It’s such a wise, knowing delivery that he doesn’t need to reveal what we all know about the osteopath’s true occupation.

If you don’t know the story, you should, but all we’re really dealing with here is the murder of a dame’s rotten husband for a bit of dough and freedom, baby. Pure lust draws Neff to Phyllis, though his willingness to murder betrays a homicidal streak that no doubt remained buried until the right moment came along. Neff’s insurance work surely familiarized him with types, numbers, and intricacies of death, both educating and numbing the man to its sting. After all, Phyllis’ husband is clearly a lout (hell, Phyllis tells him so), and he’s never had a woman like this before. There’s talk of a future together, but either Neff will tire of the sex and move on, or Phyllis will get bored and add him to her collection of lives tossed on the scrap heap.

Betrayals lead to more betrayals, and back-stabbings pile up so fast, it’s all you can do to stay above the muck. Neff eventually has to kill Phyllis, if only because she’s found a new cocksman to take up her nights. And in one of the greatest, most bitter dispatches in the history of the medium, Walter sticks a pistol in her gut and, devoid of all emotion save contempt, shoots her dead with the retort, “Goodbye, baby.” It feels good for him, and for us, but as he was shot in the struggle, it’s only a matter of time before his own end comes. And so he stumbles back to the office for the confession that opens the picture, and we end up with one last Keyes/Neff exchange, even though Walter desperately clings to the fading illusion that maybe, just maybe, he can make it to Mexico. We know better, as does Keyes. He’s a goner, this one, and its curtains for masculinity’s sad strivings.

For among dozens of possible angles and interpretations, Double Indemnity’s lasting message will be a fiery warning to men everywhere: women ain’t nothing but trouble. They’re great tits, and long legs, and sultry lips that can take a man anywhere, but she’ll have your balls in the end. And she always will. Only a man like Keyes will avoid such a fate, and he’ll end up with the Walter Neffs of the world; that is, once they’ve been reduced to ashes by the sinister shadow of womankind.