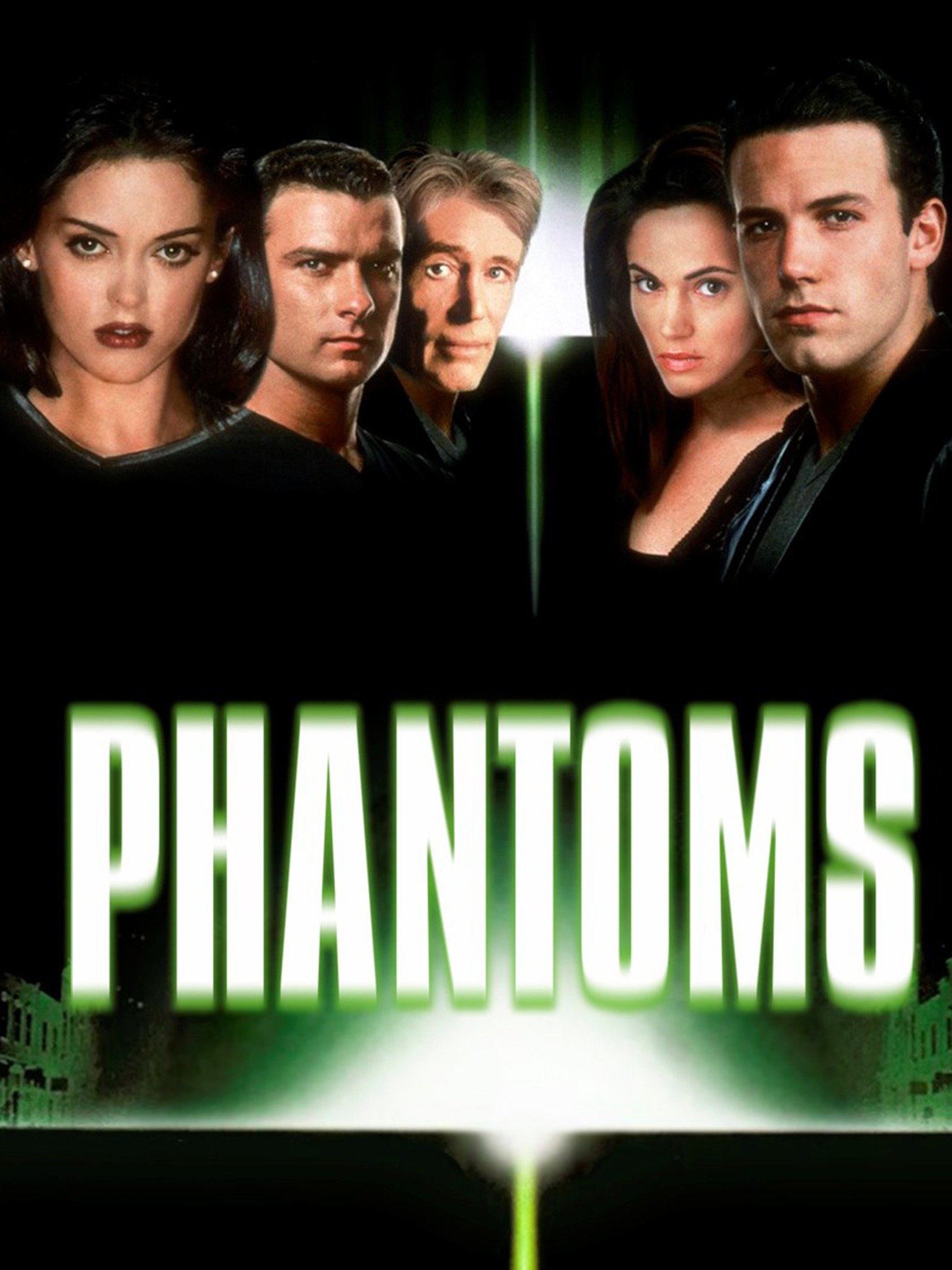 Something evil has wiped out a town in Colorado. Someone has to try to stop it

Phantoms is awful, in that special way movies like Lawrence Kasdan and William Goldman’s Stephen King adaptation Dreamcatcher are awful. Author and screenwriter Dean Koontz is often considered the poor man’s King (perhaps unfairly, as his novel Intensity is one of the best thrillers of the 1990s), so it is fitting that Phantoms should have so much in common with that unintentionally hilarious travesty of cinema. Unfortunately, Phantoms lacks the over-the-top craziness of Dreamcatcher, and is therefore substantially less entertaining, albeit mercifully shorter.

This is not to say there is no unintentional comedy to be found, as there certainly is, but overall Phantoms is more of a by-the-numbers bad horror movie that lacks the overreaching ambition of the amazingly insane Dreamcatcher. It also borrows heavily from far better movies like Alien and The Thing, which only serves to remind the viewer how truly low-rent this already mediocre movie is in comparison to those classics.

Phantoms begins with two sisters, Lisa (Rose McGowan) and Jennifer Pailey (Joanna Going), on a trip to a small resort town in Colorado. When they arrive, they are surprised to find the town apparently deserted, until they begin to find various severed body parts lying around, leading them to surmise that the population has not deserted the town, but rather been messily murdered in some mysterious way. Despite rather uninspired acting from the two leads, especially McGowan, the movie is off to a pretty good start with the grisly mystery.

Sheriff Bryce Hammond (Ben Affleck) soon shows up with his two deputies, Steve Shanning (Nicky Katt) and Stu Wargle (Liev Schreiber), to investigate what may have happened. After Shanning is killed in a flash of light and Wargle is attacked and apparently killed in the matter of seconds by a cheesy-looking bat-like flying creature that sucks all the flesh off his face, including his eyes and brain, the remaining three find a note scrawled on a mirror that reads: “Dr. Timothy Flyte / The Ancient Enemy.”

Flyte turns out to be Peter O’Toole, clearly slumming for the money in a phoned-in performance as a professor who has turned to tabloid writing because he needs the money. Layers upon layers. Anyway, Flyte provides the requisite scientific knowledge needed in order for the good guys to triumph over evil. We know he’s an expert because, when asked what exactly the amorphous monster that devoured this entire town is, he replies, “Chaos. Chaos in the flesh.” Now that’s good science!

Lisa also gets a chance to opine on the nature of the monstrous threat facing them, in what must be the single most unintentionally hilarious line of dialogue in the movie: “Well, it’s the devil, don’t you think, come up from hell tonight? I think he wants to dance with us.” Even in writing, that overwrought stinker makes me chuckle, but when delivered in McGowan’s flat, bored monotone, it transcends into comedic gold.

There is nothing remotely scary going on in Phantoms, unless you’ve never seen a horror movie and are therefore liable to be taken in by its many cheap “gotcha” moments, all of which can be seen coming a mile away by any actual horror fan. Most of the action sequences are cobbled together with annoyingly fast cuts, presumably to disguise the cheapness of the visual effects, and when we do finally get a really good glimpse of the monster, it is pretty underwhelming, to say the least.

Perhaps the only real bright spot in the entire movie is Schreiber’s performance as the slimy, squirmy Deputy Wargle, who we glimpse early on fondling the leg of a female corpse. He is not particularly scary, even after being possessed by the evil “phantoms,” but it is an effectively creepy performance, and Schreiber seems to be the only one really having any fun. It’s not infectious enough to spread to the audience, but at least someone had a reasonably good time along the way.