THE ABCs OF MARRIAGE

Attorneys– Eventually you will need one. Why are you starting off this thing in such a negative fashion? Why immediately poison the well? Well, in America the divorce rates are shrinking, but so are the marriage rates, so deal with the fact that there are twice as many divorces in a typical year as marriages. The very fact that you are reading this rant speaks volumes.

Boob Job-This subject will come up if the wife is not properly endowed. This surgery is expensive, often a disappointment, and trust me, she is not doing it for YOU. Just marry someone with adequate Tah-Tah’s to begin with and avoid this looming debacle. If it turns out successful, she will start thinking about your shortcomings, so just don’t let her do it.

Compromise– It is the key to a successful marriage. Please, don’t believe this for an instant. The win/win is almost always a lose/lose as this phantom concept is the most overrated one ever. Seriously, you want to vacation in Yellowstone, while she wants to lie on the beach in Destin, so you settle on Branson Missouri? Someone ALWAYS loses, so don’t let it be you.

Disillusionment-The stage of marriage after Romance and before Misery.

Email-This is a very likely place for you to bite the dust. If you are careless and computer illiterate enough, you will leave one exposed and your flirtation, purchase of another hunting rifle online, or full-blown extramarital affair will be there in the plain sight for a snooping spouse. Please go to: We Need To Talk.

Forgetting an Anniversary-You think,no its not possible, but if you’re married long enough it is inevitable. Whatever you do, don’t rush into Walgreens and get one of those lame I Forgot Your Anniversary cards, doing that will just make things worse. Just slink home, take your whipping and prepare to do without sex (and beer) for at least a month. Oh, eventually she will forgive you, but she will never forget. You are marked.

Gay Marriage-Of course the Evangelicals are against it, waving their often thumped but seldom read Holy Bibles as justification for their bigotry. It is ironic that the Founder of Christianity writes in his book It is good for a man to not have sexual relations with a woman (I Corinthians 7:1) and goes on to characterize sex as a perversion that we just have to live with and pray about, even after holy matrimony. Religion is the greatest perpetrator of stupidity this world has ever known.

Hair-Throughout the years of marriage your wonderful mane has been changing, as those traitorous filaments of protein migrate from your head to set up as unwanted ugliness on your shoulders and back. It’s no consolation, of course, but the little lady’s situation is not much better either.

In-Laws–The ancient cry of “Outlaw the In-Law!” still holds true and of course its usually her mother that causes the trouble. Don’t get me wrong, In-Laws can be a wonderful resource early in the marriage as babysitters and for bridge loans, but eventually the tables will turn and someone just might be moving in with you.

Job/Career-Your stepping-stone job has turned into a dead end career and your marriage is in similar straits (See Disillusionment). You don’t have the guts, smarts or drive to better yourself, so you just settle. Its not a terrible decision considering the employment market, but sell that to your better half. So, as the kids need braces and the family jalopy is becoming an ugly money pit, this *Is* the embodiment of marriage, so embrace it.

Kids–Are our pride and joy and are Gods gift to a sound marriage. In reality, they probably have the worst of the DNA of both of you, and though adored by grandparents, can mean a lifetime of misery for you. Choose wisely.

Lamentations of a Wife (nagging)-If you read textbooks about the evolution of the species, you are aware that evolution is not always about progress, but it is about survival. Wedded bliss has been described thusly: “death by a thousand cuts, the end of hope, the triumph of delusion over sanity” -Matt Cale. Men may have evolved to be the stronger and faster of the genders, but within the framework of the institution of marriage the fairer sex has developed a lopsided advantage with an acerbic tongue. You may not be taking the garbage out fast enough or paying sufficient attention to her mewling, it really doesn’t matter what initiates the maelstrom, it’s coming. Just hunker down and endure, it’s part of the process. 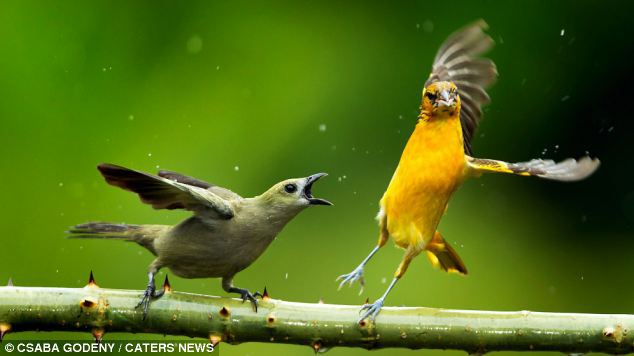 Night Out-We all want them and know we need them. Girl’s Night Out will probably consist of something innocuous like Bunko or a movie and dinner with the girls. The Boy’s Night Out, however, is fraught with peril as your stupidity and drunkenness will even eventually bring you home from questionable places, with condoms in your pockets, lipstick on your thigh and the aroma of strange vagina on your breath.

Oral Sex-Most likely, just a distant memory. Of course, you’ve gained 30 pounds, have the tact of a Carnival Barker as well as the personal hygiene and breath of a Komodo Dragon, but for better or worse, right?

Prostitute-You will yearn for one and she will feel like one. Welcome to Marriage 1101.

Quit Claim Deed-That is what you will be signing when you give her the house and most of your pathetic net worth after the divorce. See #1 on this list.

Redneck Prince Charming– If you are a Confederate, you might have married some young buck who was a striking figure with his hat, mullet, ripped physique and cool pick-up truck. Now, after several years of marital bliss, he looks more like a fat David Crosby or one of the creeps on Duck Dynasty. Well, don’t complain when he comes home again in a drunken coma, after a weekend with his buddies, with a bunch of fish for you to clean and cook. You’re probably not that hot anymore either.

Sex– If you married for it, I feel sorry for you. Newlyweds, do this. Get a large tea jar or coffee can and put a penny in it every time you have sex the first year of your marriage. After that, take out a penny for each blissful event after the first year. You will never empty the jar.

This is the end-You know the marriage is over. You can continue to endure, as most do, or do something about it. Sure, it will cost a fortune, but its worth it. Just don’t make the same mistake again, but you probably will.

Urologist-It is time and you know it. You do not want and/or cannot afford any more contributions to the gene pool, so you get it snipped. Your loving wife gives you another ice pack and false attention, but don’t mistake this for any illusion that you will be getting more sex. Just put the bag of frozen peas on your violated nut sack and reflect.

Xylocarp-It’s a great scrabble word, but just try to get this one by your MIL, who is now living with you. Deal with it.

Zero-This will be the balance of your bank account after the divorce. It will be even less if you are unwise enough to agree to pay alimony as well as child support. Your kids hate you, but keep sending that monthly check. Was it worth it?